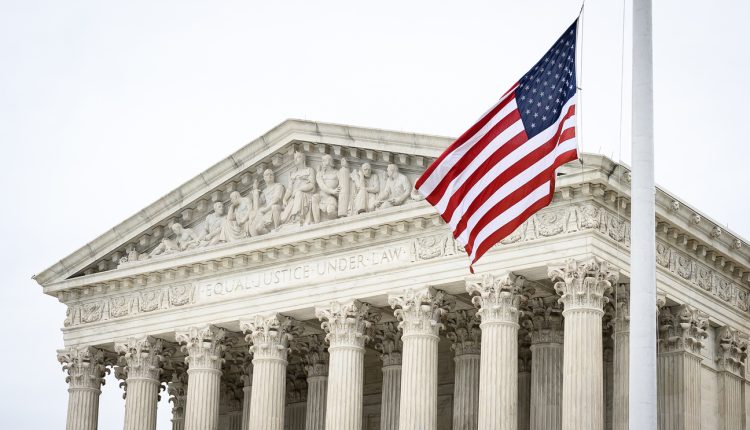 1. Brown v. Board of Education

Brown v. Board of Education is perhaps one of the most famous cases to have gone through the US Supreme Court. The landmark 1954 case saw justices rule unanimously that the racial segregation of children in public schools was unconstitutional. Brown v Board of Education helped establish the precedent that “separate-but-equal” education was not in fact equal at all.

Back in 1896, the Supreme Court ruled in Plessy v. Ferguson that racially segregated public facilities were legal, provided the facilities were equal. The ruling constitutionally permitted laws that prohibited Black people from sharing the same public facilities as white people, including schools, and established the “separate but equal doctrine”. The doctrine would remain in place until Brown v. Board of Education in the 1950s — a decade when the National Association for the Advancement of Colored People (NAACP) was pushing hard to challenge segregation in public schools.

When Brown v. Board of Education of Topeka was initially heard at the US District Court of Kansas, it was agreed that public school segregation had a “detrimental effect upon coloured children” but the decision still upheld the “separate but equal doctrine.”

When the case, alongside the others, came before the Supreme Court as one, the justices were initially divided on how to rule on school segregation, with some believing the verdict of Plessy v. Ferguson should stand.

However, the final decision, issued on May 17, 1954, said “in the field of public education the doctrine of ‘separate but equal’ has no place,” as segregated schools are “inherently unequal.” As a result, the Court ruled that the plaintiffs were being “deprived of the equal protection of the laws guaranteed by the 14th Amendment.”

Roe v. Wade was a landmark legal decision in which the US Supreme Court struck down a Texas statute banning abortion, effectively legalising the procedure across the United States and advancing the rights of millions of women.

In 1969, a 25-year-old single woman using the pseudonym “Jane Roe”, challenged the criminal abortion laws in Texas. The state considered abortion unconstitutional, apart from in cases where the mother’s life was in danger. Defending the anti-abortion law was attorney Henry Wade.

Roe, who was pregnant with her third child when she filed the case, claimed that she had been raped, but the case was rejected and she was forced to give birth.

In 1973, Roe’s appeal made it to the US Supreme Court, where her case was heard alongside that of a 20-year-old Georgia woman, Sandra Bensing. They argued that abortion laws in Texas and Georgia were unconstitutional because they infringed a woman’s right to privacy.

By a vote of seven to two, the Supreme Court ruled that governments lacked the power to prohibit abortions, stating that a woman’s right to terminate her pregnancy was protected by the US constitution.

However, in June 2022, the Supreme Court overturned Roe v. Wade, ruling in favour of Mississippi’s ban on abortions after 15 weeks. This has effectively ended the constitutional right to an abortion for millions of women across the US.

In 2015, Obergefell v. Hodges saw the US Supreme Court rule that states must recognise marriages between same-sex couples. The case was narrowly decided on a 5-4 vote, despite 37 states having already legalised same-sex marriage.

These states had begun issuing marriage licenses to same-sex couples as part of a sustained grassroots movement, with Massachusetts becoming the first state to issue marriage licenses to same-sex couples in 2004. Just eight years prior to this, Congress had passed the federal Defense of Marriage Act (DOMA), which defined marriage as between a man and a woman.

The continued fight for marriage equality saw same-sex couples living in Kentucky, Ohio, Michigan, and Tennessee sue the state agencies responsible for issuing marriage licenses in their jurisdictions. They argued that, by denying them a marriage licence, the agencies were in violation of the Due Process and Equal Protection Clauses of the Fourteenth Amendment. While all the district courts agreed with the claim, the Sixth Circuit of Appeals did not and the Supreme Court granted certiorari, taking up the case.

Two years before, in United States v. Windsor, the court had ruled that DOMA was unconstitutional, therefore opening up the expectation that the court would soon have to address the issue of marriage equality too. When, in 2015, the court did rule in favour of Obergefell, it was a huge feat for the LGBTQ+ community.