The SCOTUS’s June 2022 decision to reverse the landmark Roe v Wade ruling, and with it the assumed Constitutional right to an abortion held by women in the United States, sent shockwaves through the US and the wider world. 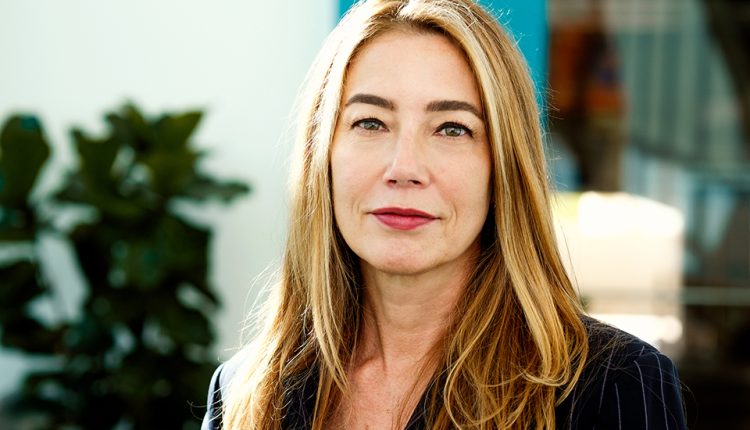 Rebecca Torrey, founder of The Torrey Firm, examines the shocking decision, reactions within the country and what knock-on effects it may have on other legal issues.

The Supreme Court of the United States decided on 24 June, 2022, that women do not have a right under the federal Constitution to choose to terminate a pregnancy by abortion. The case, Dobbs v Jackson Women’s Health Organization, involved a legal challenge to a law enacted by the state of Mississippi, the “Gestational Age Act”, prohibiting the termination of a pregnancy under any situation after the 15th week of pregnancy except in a medical emergency or a severe fetal abnormality. A health clinic in Jackson, Mississippi and a physician associated with it had filed a case challenging the constitutionality of that state law, enacted in 2018 by the Mississippi state legislature, on grounds that it violates fundamental human rights established in the federal Constitution.

A 5-4 majority of the Supreme Court Justices held that the federal Constitution contains no right to an abortion and no general right of privacy, reversing two prior Supreme Court decisions from the past 50 years, Roe v Wade (1973) and Casey v Planned Parenthood of Southeastern Pennsylvania (1992), and upholding the law restricting the right to choose to terminate pregnancy after 15 weeks except under the circumstances noted.

The Broad Implications of the Dodd Decision

The Dodd decision has broader implications than the Mississippi law at issue. In overturning the cases of Roe v Wade and Casey, the Supreme Court expressly rejected its own precedent recognising a constitutional right to privacy, the basis for the federal right to choose to terminate a pregnancy. Roe and Casey and their progeny had reinforced an implicit right to privacy from the language found in several amendments to the federal Constitution, namely the Fourteenth Amendment’s due process basis for civil liberties. Although American culture has embraced the sense of a fundamental right to privacy, the Court in Dodd tossed out the legal grounding for individual rights in the context of access to an abortion.

In overturning the cases of Roe v Wade and Casey, the Supreme Court expressly rejected its own precedent recognising a constitutional right to privacy

In contrast to other constitutions of today, our federal one included no express right to individual privacy. It appears unlikely at this time that the Constitution would be amended to address that shortcoming in the context of an individual’s right to make childbearing choices. The amendment process, dictated by the Constitution itself, requires either a two thirds vote of both Houses of Congress plus ratification by 38 state legislatures or ratification by constitutional conventions held in three quarters of the states.

The Constitution has been amended infrequently over the past 250 years, most often in response to widely shared views resulting from societal changes. Consider, by way of example, the abolition of slavery or legal access to alcoholic beverages. While individual privacy rights have global support, given the divide on abortion in the US based primarily on religious perspectives, it is hard to imagine attaining the consensus needed to amend the Constitution in that regard anytime soon.

The implications are also broader than the issue of access to abortion. Other rights based on the same Fourteenth Amendment doctrine include a person’s access to birth control, the right to be intimate with a partner of choice, and the right to marriage equality. The Court’s overruling of Roe and Casey is believed to jeopardise those rights too, leading to an immediate response by lawmakers to shore them up through legislation.

The intention of the Supreme Court in Dodds was to return the regulation of access to abortion to each of the 50 states. Following Dodds, a number of state “trigger” laws took effect. Those laws were written and adopted in anticipation of the overruling of Roe and Casey to go into effect automatically or with specified official actions if overturned. Over the next months and years, states will continue to adopt regulations governing access to abortion and setting legal consequences for medical personnel and others involved in abortions. Those regulations will be challenged in the state courts on a variety of grounds, including whether they abridge individual freedoms contained in state constitutions.

Reactions to the Supreme Court’s Decision in Dodds

For the past 50 years, Roe gave women the assurance of a right to control one’s body and make the personal decisions impacting the rest of their lives. The change that occurred in June has been described as “seismic” by at least one constitutional scholar. Particularly because responsibility falls on women to give birth and more often than not to raise children, the notion that a slim majority of Justices or legislators who are overwhelmingly male can dictate when and how many children a woman will have is fundamentally offensive to people who grew up believing they held that right.

For the past 50 years, Roe gave women the assurance of a right to control one’s body and make the personal decisions impacting the rest of their lives.

Frank conversations among friends anecdotally support the conclusion that one’s ability to choose when to bear children has resulted in dramatic improvements in the education and achievements of the women we know. Innumerable personal stories reveal the profound impact an unwanted pregnancy would have otherwise had in people’s lives. Men who cannot bear children do not confront this life-determining dilemma, one that frequently occurs alone or from circumstances outside a woman’s control at a pivotal point when pursuing work, education or even a healthy relationship.

Most students of constitutional law would agree that the analysis of Roe is uneven and creative, a bold statement about what occurred historically in the years leading to the 1970s. The result of that decision seemed right, though, based on paradigm shifts occurring since the Constitution was adopted during the Enlightenment period of the 18th century. As Justice Ruth Bader Ginsburg noted, legislative initiative could have supported that outcome by aligning the right that Roe recognised with mainstream values of the American public. A “breathtaking decision” in effect replaced the legislative process.

Throughout history there are numerous examples of dramatic shifts in the Court’s constitutional interpretations, as well as amendments made to patch up shortcomings of the Constitution as written. While some tout the primacy of the American democracy, the archaic nature of this Constitution could be a serious shortcoming impacting the agility of the country to move forward. Individuals protected by more recent constitutions and treaties, including states and other republics for instance, are better situated to address complex contemporary challenges – and magical thinking does not turn clocks back to colonial times.

The action taken by the Supreme Court in June, abandoning longstanding precedent, has caused widespread disruption and international criticism, as well as deep scepticism about the legitimacy of this Court. It is no wonder that the Justices most outspoken against Roe are those with a pattern of disrespectful, inappropriate and even unlawful conduct towards women.

The Court’s course is unlikely to alter anytime soon. Members of Congress and state legislators cannot dodge controversial issues but instead must demonstrate leadership by filling the void where the Court has indicated it will not. Through the thoughtful, diligent and proactive strength of its citizens, the American democracy must function to reestablish by advocacy, voting and legislation the most fundamental individual rights. It is time for our lawmakers to read the room and represent the people they serve through legislation, a powerful and legitimate process to overturn unwanted judicial precedent.

The Torrey Firm represents employers in litigation and advises management on a broad range of employment matters. The firm assists businesses in looking ahead strategically and collaboratively to improve human resource practices and reduce unnecessary risk.