Same Sex Marriage: Where Are We Now?

It’s been an ongoing battle through the years but legislation surrounding same sex marriage, both nationally and for the most part worldwide, has come to welcome the development with open arms. 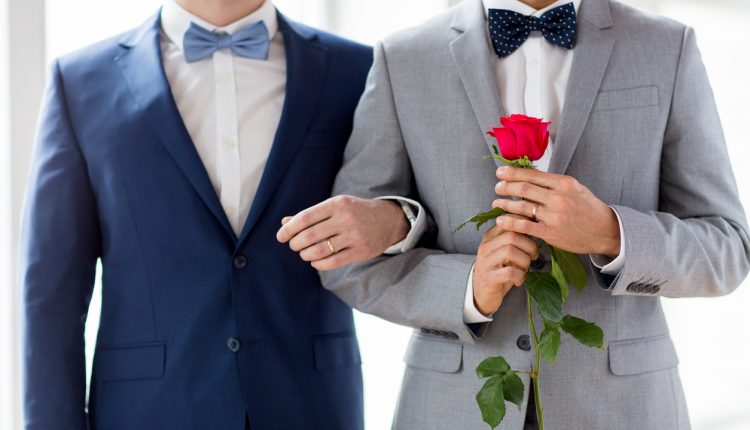 The term “marriage” has become more inclusive over the past decade with the introduction of the Marriage (Same Sex Couples) Act 2013 which made gay and lesbian marriages possible. Currently, over half of the countries that allow same-sex marriage are located in western Europe – with same-sex marriage now being legalised in a total of twenty-eight countries. However, same-sex marriage continues to be illegal in many jurisdictions.  Even in those places where same-sex marriage is legal, the rights of the LGBT community can vary considerably depending on where you are based in the world.

Despite same-sex wedding ceremonies taking place in some countries, these couples are not always recognised as legally married by their government. At first glance, legalising same-sex marriage could be seen as a step towards equality but dig a little deeper and, the truth is, same-sex marriage simply isn’t regarded in the same way as opposite-sex marriage.

Taiwan is the most recent country to have legalised same-sex marriage; passing the law in May 2019 and, in turn, becoming the first Asian country to permit it taking place. While Taiwan recently celebrated this shift towards a more typically westernised way of life, same-sex relations still remain prohibited in much of Central and South Asia, including Bangladesh and Pakistan. Moving to even more eastern jurisdictions,  same-sex marriage is illegal in much of the region and punishable by death in Saudi Arabia, Yemen and Iran.

England was very late with legalising same-sex marriage compared to a lot of other countries, especially other western countries – only passing the law in 2013.  On the passing of the law, Women and Equalities Minister, Maria Miller said: “Marriage is the bedrock of our society and now irrespective of sexuality everyone in British society can make that commitment.” The law, which allows same-sex couples to wed, does not however allow same-sex marriage within the Church of England, due to “marriage” still being defined as a union between one woman and one man. Scotland was soon to follow; legalising same-sex marriage in 2014, almost one year after England.

The Church of England and the Church of Wales are legally banned from performing religious same sex-marriages, while other faiths can opt-in to do this. This differs from opposite-sex marriage where all religions are legally permitted to conduct religious marriage ceremonies and there is no necessity for any faith to first opt-in. Similarly, surviving spouses of a same-sex marriage can only inherit pension rights from their late spouses based on contributions made since 2005; anything beyond this is at the employer’s discretion. In contrast, there is no such restriction or limitation on the pension rights that opposite-sex couples can inherit upon their spouse’s death. It’s worth acknowledging that the Supreme Court recently decided this was incompatible with EU law. The government now agrees with this position insofar as surviving spouses of a same-sex marriage should be left with the same benefits as those of an opposite-sex marriage.

When looking at the state of same-sex legislation chronologically, it was, in fact, the Netherlands who became the first country to legalise same-sex marriage in 2000. This also included the right for same-sex couples to adopt children. It becomes clear how late England was in legalising same-sex marriage when put into perspective, having only legalised it thirteen years later. In contrast to the UK where the requirements in order to conduct same-sex marriages are a lot more restrictive than for opposite sex-marriages, and are subject to being denied, the Netherlands actually made it illegal in 2014 for all marriage officiants to refuse their services to same-sex couples.

While there is a growing support for same-sex marriage in a lot of countries across Europe – clear divisions still exist. Despite becoming the first country in the world to make same-sex marriage through popular referendum in 2015, the lawmakers in Northern Ireland have defeated bills to legalise it five times.

Across the globe, same-sex marriage is far off being a standardised law – in fact, New Zealand and Australia are the only Pacific Rim countries in which same-sex marriage is legal and South Africa is the only sub-Saharan African country where same-sex marriage is legal. By contrast, same-sex relations are illegal on much of the continent and are punishable by death. In Canada, common law marriage was extended to same-sex couples in 1999 whereas it is not even a legally recognised relationship in England for opposite or same-sex couples, though many people still believe it is. Admittedly this misconception is becoming more and more debunked, as people are becoming more vocal that there should be rights for couples that have been cohabiting for a long time.

Same-sex marriage has been a topic of much debate for many years – both from a societal perspective and a legal perspective. With twenty-eight countries now passing the legislation to allow gay couples to marry, it seems that we’ve come a long way on the journey to equality. The hard truth is, however, that we have even further to go.