Half Lawyer, Half Machine: The Digitalisation of Major Legal Projects

Among the challenges that face the modern legal sector, two of the more significant are an ever-increasing rate of mass legal actions being launched and the need for law firms to adopt more specialised technology. 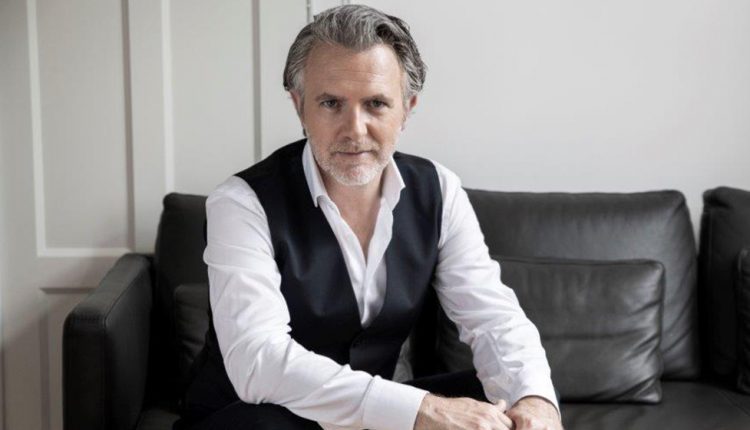 Björn Frommer, at FROMMER LEGAL, combines the two in this discussion of legal tech and his modular cloud platform, JUNE.

What problems do mass proceedings entail and how can legal tech provide support?

The number of mass actions is increasing sharply – not just in Germany, but also throughout Europe. Yet most law firms are unable to cope with these complex challenges using their current digital tools.

This is due, on the one hand, to the fact that many legal tools are tailored to individual rather than mass proceedings, especially the typical legal software. And on the other hand, there are now numerous specific tools that can help with a wide range of issues. However, these do not usually work hand in hand. On the contrary, interface problems often arise and identical work steps have to be repeated multiple times in different environments, in addition to other issues.

You cannot afford to go through all that in mass proceedings. After all, a four-digit number of claims alone require tens of thousands of steps, and therefore thousands and thousands of precisely produced individual documents.

For law firms and legal departments, this represents a massive drain on human resources and, most importantly, time. The logical consequence of this is that, in addition to a lack of business efficiency, there is also an enormous cost pressure. Competitiveness is lost if one does not simplify and bundle operational processes in mass proceedings in an intelligent way.

What sounds obvious and simple is, however, a difficult problem to solve in legal implementation, especially if you have not already been able to gather a “mass” of experience ahead of time in order to translate it technologically.

Therefore, for me, the term “legal tech” has a deeper meaning than it appears to have in general legal jargon. I do not see legal tech as the mere digital handling of legal files. Legal tech has to be much more, namely intelligent and, most importantly, economical.

I do not see legal tech as the mere digital handling of legal files.

Does this mean that you strive to be “intelligent & economical”?

Yes, but it is easier said than done. We launched the modular cloud platform “JUNE” in 2020. It allows tens of thousands of legal processes to be handled comprehensively and efficiently. However, an intelligent platform like JUNE is not just created on the drawing board. We are, of course, also building on a wealth of experience that we have gained over many mass litigation projects.

At FROMMER LEGAL, we have specialised in precisely that – the management of large-scale legal projects. Here we have always relied on specific technologies. JUNE was nevertheless the start of something entirely new.

We  translated all the wishes and visions from our almost 20 years of legal practice into reality. JUNE is thus based on our own experience and provides us with the best tool currently available for handling mass proceedings. I would say that we have been successful.

Today I am sure of one thing: you have to have walked a rocky path (sometimes even a wrong one) yourself to reach your goal. Shortcuts do not work in such complex projects, because otherwise the software would lack the crucial proximity to reality.

Why are other law firms having such a hard time with digitalisation?

Every company that relies on software to deliver its services has the same problem: users lack the technical know-how, while IT service providers usually lack the specialist knowledge requirement that users are confronted with.

Finally, we lawyers lack the time and patience to take on this challenge. And by that, I do not mean programming the software ourselves, but rather dealing in depth with the countless possibilities, testing them, investigating them, acquiring them, on-boarding them, learning them, etc. The solution here is actually rather simple: we need IT specialists for the law firm’s IT.

That is no longer questioned. Specialists are also necessary for the technological content. These could be either external legal tech consultants or internal staff units. Legal engineers, i.e. those who translate legal needs into technological requirement profiles, also bring the requisite knowledge. So, what has to be done? Law firms have to create new positions. It is that simple.

And to avoid any misunderstanding: lawyers do not have to become programmers. The technical implementation should and can be done by others. That we did it was in our case logical and consistent.

Law firms have to create new positions. It is that simple.

Could you say that JUNE is the result of recycling?

JUNE is not just a fusion of recycled programmes. At FROMMER LEGAL we have been writing our own programmes for decades, but for JUNE we pooled all our ideas and wishes and we started the whole development process from scratch on a completely clean slate.

The important thing here was that we did not just develop for ourselves, but for the market. That makes a big difference in terms of software architecture. Our previous law firm systems were obviously strongly tailored to our needs and built to be rather monolithic.

JUNE, on the other hand, is designed to meet a wide variety of needs and, above all, is modular. JUNE can be expanded. JUNE grows continuously. JUNE even allows the integration of third-party tools. We are therefore catering to the current trend of cloud-based technology – not static old-school software, but rather a dynamic linking of diverse applications under one roof.

For us, JUNE is the digital tool par excellence for handling mass proceedings and other large projects in law firms, legal departments or public authorities. Mass proceedings and litigation are on the rise, but, as I mentioned at the beginning, they generate an enormous amount of time and effort – and often only for a modest fee.

Does this mean that JUNE takes on the typical tasks of a lawyer?

Not quite, but almost. JUNE is absolutely data-driven and thus takes over essential work steps, from digitisation and data capture to file management, deadline management and automated document creation.

The decisive factor here is the completely different way of dealing with the vast amounts of correspondence: the platform and its users do not work directly with this bulk, but with structured data, which is surprisingly easy. This is because every piece of correspondence is converted into essential core information and then into data. This, in turn, allows work steps to be automated and project-specific workflows to be established and maintains an overview of the overall project.

Another new feature is that clients can access the platform directly and therefore benefit from complete transparency – a wish that comes up more and more often in large-scale projects. And because key figures mean everything in mass proceedings, reports are generated in real time.

Since we are also receiving enquiries from other countries, JUNE now has to become multilingual. This is an item on our roadmap.

Could JUNE also be offered to companies with no legal background?

Yes, absolutely. The word about the operational advantages of JUNE has now spread outside the legal sector. Insurance companies and public authorities are becoming interested in accessing the system. Recurring processes are not an exclusive legal phenomenon. Here, you need only provide precise information on the operational process during onboarding; the logic behind it remains the same.

In light of this fast-paced technological development, would you say that the job profile of the traditional lawyer could one day become obsolete?

No, I do not think so. A machine will not be able to take over the specific way we lawyers think in the foreseeable future. In any case, we should not try to remove the link between human and legal expertise.

A machine will not be able to take over the specific way we lawyers think in the foreseeable future.

Where ethical principles do not play a direct role, the machine must help to simply facilitate and accelerate work steps. It serves to ease the workload, but should certainly never be given a final decision on complex legal issues. The legal expertise will always remain with the lawyer, and that is a good thing.

Björn Frommer is a lawyer and managing partner of FROMMER LEGAL and the CEO of JUNE GmbH. Developed using FROMMER LEGAL’s expertise, JUNE is a modular cloud platform that supports law firms and legal departments in defending mass claims.

How your office can deal with rising costs in 2023

How to protect your business from phishing attacks