The Missing Piece: Class Actions in the UK

At a time when class actions are gaining momentum around the world, and victims of mass harm have access to litigation funding and the ability to forum-shop, the UK must offer them an effective means of redress. 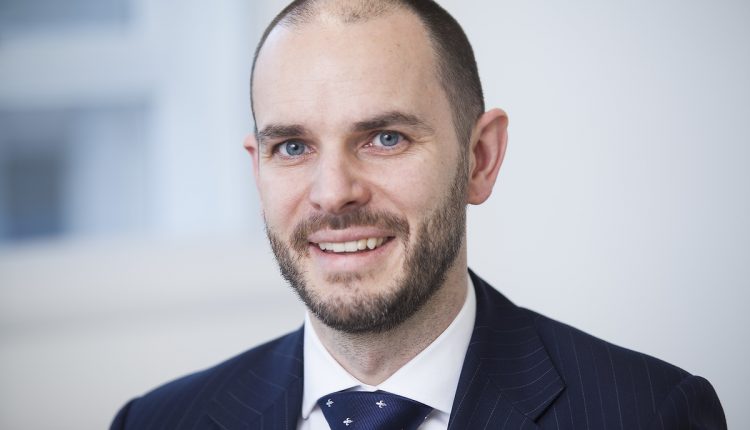 The UK has a first-class legal system. Its quality was recently on display in the landmark test case brought by the Financial Conduct Authority (FCA) in June 2020. The FCA sought clarity as to whether a variety of insurance policies, purchased by UK businesses, provided cover for COVID-19 related losses. By January 2021, the case had been fully and finally resolved by a decision of the Supreme Court.

Securing a judgment from the UK’s highest court only seven months after commencement of proceedings is impressive. Doing so at the height of a global pandemic, in a case of such complexity, is extraordinary.

The Supreme Court’s ruling means tens of thousands of policyholders will now have their claims for COVID-19 losses paid by insurers. One of the insurers in question is Hiscox, whose blanket coverage denial was challenged, most notably, by a collective of policyholders known as the Hiscox Action Group. The Group, comprising more than 350 businesses advised by Mishcon de Reya and backed by Harbour’s funding, played an important role in the outcome of the FCA’s test case.

The Hiscox Action Group’s ability to aggregate and pursue hundreds of similar claims seems like another positive advertisement for the UK legal system. On closer examination, however, the Group’s case highlights a defect in the system, namely the lack of a generic class action framework to support it.

The distinction between opt-out and opt-in is key in the context of an effective class action.

Class Actions: Opting in or out?

A class action enables claims with common issues to be resolved in a single case. Proceedings can be brought by one claimant on its own behalf and as a representative of others. The representative’s proceeding defines the group or ‘class’, and automatically includes all claims within that class unless a class member expressly opts out.

The distinction between opt-out and opt-in is key in the context of an effective class action. The Hiscox Action Group’s case is structured like a class action, and enjoys certain efficiencies associated with the same, but it is not actually a class action. It is not supported by a class action framework, and it is opt-in only.

This means that every individual member of the Hiscox Action Group has signed up to a retainer with Mishcon de Reya, a funding agreement with Harbour, and Terms of Reference governing the operation of a Steering Committee that is responsible for the day-to-day running of the case. This structure, although sound, requires considerable time, effort and cost to put in place. It is, on the whole, a workable solution for a group comprising several hundred members. However, the larger the class size, the more a structure of this nature will feel the strain.

A similar structure appears to have been used by victims of a cyber-attack at British Airways in 2018. Over 400,000 passengers had their personal and financial details stolen, and it is reported that a group of more than 16,000 passengers has been formed, on an opt-in basis, in order to bring proceedings against British Airways. On the one hand, the effort required to form a group of this size should be applauded. And yet, on the other hand, there are approximately 384,000 victims whose claims will not be determined by this opt-in action.

The UK has a relatively new class action regime that is restricted to competition claims only.

Legal systems such as those in the US, Canada and Australia have well-established class action regimes. These regimes are generic, meaning that all types of group litigation are supported by a clear statutory framework.

By contrast, the UK has a relatively new class action regime that is restricted to competition claims only. The regime, which is presided over by the Competition Appeals Tribunal (CAT), is in effect a pilot scheme whose success, or otherwise, will likely inform the UK government as to the implementation of a more generic regime for other types of claim.

This wait-and-see approach is in danger of damaging the leading status of the UK legal system. Take, for example, the case of Lloyd v Google. The case concerns allegations that Google, using the ‘Safari Workaround’, exploited private information about the internet usage of around four million UK Apple iPhone owners. It would be practically impossible to form an opt-in group of anything like four million claimants, so in the absence of a generic class action regime to support his claim, Mr Lloyd is attempting to rely on an existing mechanism in the UK legal system. That is, the use of Civil Procedure Rule (CPR) 19.6 to enable him to act as representative for the entire class on an opt-out basis.

This wait-and-see approach is in danger of damaging the leading status of the UK legal system.

Mr Lloyd needed the court’s permission to serve his claim on Google in the US, and to get his proceedings underway. Permission was refused at first instance, with the High Court ruling that Mr Lloyd’s claim had no real prospect of success and was not suitable to be run as a representative action. But on appeal, the Court of Appeal overturned this ruling, stating that “this representative action is in practice the only way in which these claims can be pursued. It is not disproportionate to pursue such litigation in circumstances where, as was common ground, there will…be no other remedy”.

The Court of Appeal’s focus on remedy is important. A sophisticated legal system must provide all victims, including the victims of mass harm, with a means of redress. The Court of Appeal’s ruling will soon be scrutinised by the Supreme Court, and it remains to be seen whether or not Mr Lloyd’s claim will establish a new procedural framework, under CPR 19.6, for the conduct of mass data breach claims on an opt-out basis.

Which way the Supreme Court will decide is currently unknown. The Court’s recent ruling in the case of Merricks v MasterCard could be an indication of its mindset, although a key difference between Lloyd and Merricks is that Merricks is a competition case being run pursuant to the CAT’s class-action regime, whereas Lloyd is not. There is, however, a common theme present in both decisions, and that is the sentiment that the UK legal system should enable victims of mass harm to seek redress.

Again, we see the UK’s most senior judges emphasising the right of all victims of wrongdoing, including victims of mass harm, to be compensated.

Mr Merricks has applied for his case to be certified as a class action, whereby he will act as representative for some 46 million people with estimated aggregate damages of around £14 billion. Mr Merricks’ application was initially refused by the CAT, but on final appeal the Supreme Court ruled that the CAT had erred in its approach, having set the bar for certification too high.

Two statements of the Supreme Court are of note. First, “anti-competitive conduct may never be effectively restrained in the future if wrongdoers cannot be brought to book by the masses of individual consumers who may bear the ultimate loss from misconduct which has already occurred”. And second, “…as the Court of Appeal observed… a refusal of certification of a case like the present is likely to make it certain that the rights of consumers arising out of a proven infringement will never be vindicated, because individual claims are likely to be a practical impossibility. The evident purpose of the statutory scheme was to facilitate rather than to impede the vindication of those rights”.

Again, we see the UK’s most senior judges emphasising the right of all victims of wrongdoing, including victims of mass harm, to be compensated.

The value of class actions

The term ‘class action’ can provoke an emotive reaction in some quarters. The most vehement opponents of class actions conjure up dramatic images of floodgates being smashed open, and a legal system overwhelmed by a tsunami of meritless litigation backed by entrepreneurial funders.

In order for the UK legal system to maintain its first-class status, it requires a generic class action regime.

The truth is much more benign. Litigation funders take great care to back only the strongest class actions precisely because their commission is dependent on the action succeeding and damages being recovered from the opponent. Also, there are numerous safeguards present in the UK legal system to ensure the floodgates remain firmly intact. Most notably, UK litigation is subject to the loser pays principle, which acts as a strong deterrent against meritless claims because the loser, or his/her funder, must pay a large portion of the opponent’s legal costs. In the context of class actions, those costs are often significant.

Emotive arguments surrounding class actions are an unhelpful distraction. In order for the UK legal system to maintain its first-class status, it requires a generic class action regime. At a time when class actions are gaining momentum around the world, and victims of mass harm have access to litigation funding and the ability to forum-shop, the UK must offer them an effective means of redress.