The Many Layers Of Hybrid Work In The Legal Profession 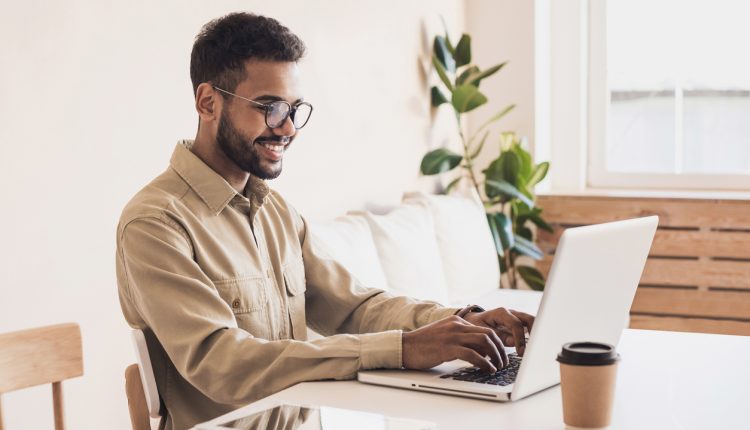 A survey of UK law professionals by Thomson Reuters found that 86% would like to retain options such as remote working and flexible workdays. The ‘State of the Legal Market 2021’ report revealed that lawyers have benefited from less commuting and the work-life balance that home working has provided them. Even before the current crisis, there was a sense that lawyers coveted solutions to combat the job’s long hours and demands.

With growing pressure from clients to cut their CO2 emissions, many law firms have also identified a permanent move to a flexible or ‘hybrid’ model as a way of reducing global business travel, extensive energy consumption in corporate HQs and other factors that contribute to their overall carbon footprint. In a recent study in the legal sector undertaken by my firm Advanced Workplace Associates, we calculated that a move to hybrid working would lead to a 31% reduction in CO2 emissions. But widespread change in the legal sector is no easy task. As is the case in many other industries, there is now a tug of war between two groups: those who want to embrace new ways of working because they see the benefits for employees and the broader organisation, and those who are entrenched in habits and behaviours built over many years.

Still, there are certain factors that make it a uniquely challenging proposition for law firms. Unlike a PLC, where a board can largely mandate change, the partnership structure operated by most law firms brings a level of democracy that means considerable consultation is required to secure enough support for it. Lawyers are also highly skilled professional arguers who may have a personal or professional stake in keeping things as they were pre-pandemic. Add in that many law firms deal with sensitive information (some of which is paper orientated), and you have a confluence of factors that can make it extremely difficult to get agreement to change.

Why is change so hard?

At an intrinsic level, opposition to change, which is manifested in ‘change resistance’ comes primarily from our brain’s preoccupation with keeping us physically and psychologically safe. The brain is an extremely sophisticated biological computer that builds a picture of the world through the lens of our senses. As it scans the environment and programs lived experiences, it hardwires habits and repeated patterns of activity so that it can devote latent brainpower to new or complex tasks. With this in mind, it’s easier to understand why some leaders in law might be reluctant to embrace change. Imagine a senior partner who joined the firm as a junior three decades ago; they would have learned how to do things by watching and copying their own seniors, using technology and approaches that existed then. The 3 million minutes in which they have been in a traditional working environment has conditioned their mental model of the world.

In turn, their seniors taught their ways of doing things – how to behave, what to say, who to hang out with, and even what to wear to be accepted. Over time, these behaviours became ingrained and passed down through generations.  They have been ‘hardwired’ into the average lawyer’s brain so that he or she can focus on more challenging intellectual challenges that bring in more fees and generate success for the law firm.

Working out the win-loss equation

Leaders who want to push through the transition to new work models have a fight on their hands. Standing still is likely to frustrate much of the existing workforce who want change and deter the best new and returning talent. At the same time, it would be unwise to alienate other senior partners who could take clients to rival firms.

The first and most important rule is not to go with a dictatorial top-down strategy with senior lawyers and partners. Doing this is likely to threaten their mental model of the world which will invoke a negative response. The brain works out pretty quickly whether you are a friend or foe. When the brain senses a social threat, the same circuits are activated in the brain as those from a physical threat. Neuroscientist Dr David Rock’s SCARF model points up these factors: social status (relative importance to others); certainty (ability to predict the future); autonomy (sense of control over events); relatedness (sense of safety with others); and fairness (perception of fair exchanges between people).  It’s easy to see that a partner who had an office, which conferred status and people around them that provided certainty and relatedness, all trigger a threat response.

For those senior leaders seeking to manage change (e.g Managing Partners, COO’s and HR Directors) the goal should be to help employees and especially senior players work out the win-loss equation in their brains, based on factors such as personality, needs, social drivers and economic drivers and pre-conditioning. There is never a one-size-fits-all solution. It’s easy to see how a parent’s priority will be different to those of a young, ambitious lawyer who has just moved to the city.

Leaders of change cannot expect everyone to buy into the transformation immediately. It’s a process in which the leader is a facilitator. The essence is to build understanding, achieve as much consensus as possible, build a framework that allows different teams to adopt different models of working within a framework that affords fairness. New Working together agreements need to be struck through discussions between Senior Lawyers and their teams.

Many law firms recognise the need to maintain increased levels of flexibility in working arrangements once the pandemic ends. COVID-19 has demonstrated that the existing mental models of the world, especially how and where we work, can and should be updated. To make the change leaders require a mix of balance, knowledge, courage and tenacity.