AML and UK Lawyers: Time to Root Out the Bad Apples?

The new draft business plan of the UK’s Solicitors Regulation Authority (SRA) says it will regularly visit ‘high risk’ law firms, and a random sample of others, to check their AML compliance. 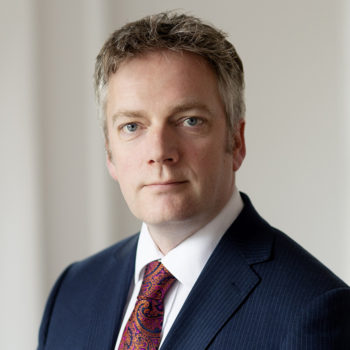 John Binns of the Financial Crime team at BCL Solicitors LLP asks whether this is this a sensible approach, and what are the potential problems?

‘Getting away with it’

Few would argue with the proposition that there are lawyers, and others who work at law firms, out there who are ‘getting away with’ breaching the money laundering laws. That will necessarily encompass a broad range of ‘bad actors’, from people who are knowingly laundering property for their clients or failing to report them, at one end, to otherwise legitimate firms that choose not to invest in the time and resource to develop a robust AML programme and the expertise, internal or bought-in, to deal with it.

As well as breaking the law, all of these ‘bad actors’ are also harming the profession to some extent – the dishonest by tarnishing its reputation, the corner-cutters by disrespecting a supposedly level playing field. In the UK, this has been an issue for some time. The National Crime Agency (NCA) has been critical in various fora of the relatively low level of suspicious activity reports from solicitors, whom it categorises as ‘professional enablers’. The regulator of the profession remains an independent body, the Solicitors Regulation Authority (SRA), though now overseen by a new statutory body, the Office for Professional Body AML Supervision (OPBAS).

In that context, it is neither surprising nor particularly controversial that the SRA’s new draft business plan, on which it has, for the first time, opened a consultation, commits it to stepping up the fight against these people, by regular visits to ‘high risk’ firms, and spot checks on a sample of the rest, and to reporting back to OPBAS. What possible problem could solicitors have with that?

What does ‘high risk’ mean?

Actually, they may reasonably have at least three. The first of course is that phrase ‘high risk’, which begs the question of how this is defined. Those firms involved in high-end London property transactions for tax haven-incorporated clients should consider themselves targeted, of course, but if the SRA has a list of such firms, it’s unclear how it has been drawn up. Insofar as it relies on firms’ own written risk assessments, now a legal requirement under the UK’s Money Laundering Regulations (MLRs), of course, that simply incentivises bad actors to start misleading the system, and/or themselves, on the first line. Firms that assess their own business as ‘high risk’ are now positively inviting the SRA to come and visit.

The second potential problem is about the proportionality of action. The UK’s zealous approach to AML laws means that the SRA has a frightening range of options available to it to deal with bad behaviour, including criminal prosecution – in theory at least – for each and every breach of the MLRs. Faced with that prospect, many solicitors and firms will accept the prospect of lesser sanctions, including fines and public findings, even in circumstances where they might not be objectively justified. The management time and costs of defending a case can also weigh heavily in the SRA’s favour: while a firm’s commitment to protecting its reputation is cutting into its bottom line, the SRA’s incentives are, properly of course, to spend whatever it deems appropriate to protect the reputation of the profession and the public interest.

All that said, of course, none of these problems should prevent a tougher approach to the bad actors in the system, provided it is principled and rigorous and bears all of the potential problems in mind.

The strategy of singling out firms for a fine-tooth comb review of their compliance, either because they are ‘high risk’ or thanks to their name being unluckily picked from the SRA’s random-sampling hat, therefore inevitably raises the prospect of arbitrary enforcement. In a perfect system, the SRA would be able to select the objectively ‘worst’ cases – the dishonest, and the wilfully non-compliant – for the harshest treatment. But the risk from the visits system is that it creates a smorgasbord of low-hanging fruit, enabling the SRA to increase its number of resolved cases each year, while leaving the unvisited worst actors unaffected. That may, of course, create a visible deterrence to encourage other firms to raise their game, but it remains arguably unfair to those targeted.

The importance of independence

The third potential problem is about independence. While the SRA, of course, remains separate from the state, in this context it is overseen by OPBAS, whose critical overview of professional regulators, in general, must surely have influenced this latest announcement. There must be a risk that its thinking in this area will not just be about which laws, if any, have been broken, to what extent and with what motivation, but also about the perceptions of the NCA and others within and allied to the government – which nowadays includes those representatives of the banking sector that sit on the UK’s Economic Crime Strategic Board and make policy alongside them – about what is important and worthy of attention. That is not necessarily the right result.

All that said, of course, none of these problems should prevent a tougher approach to the bad actors in the system, provided it is principled and rigorous and bears all of the potential problems in mind. On the point about rigour, it is surely unfortunate that the draft plan appears to commit the SRA to enforcing the EU’s Sixth AML Directive, from which the UK has, in fact, exercised its opt-out (quite independently of the Brexit process). It is unclear if this is simply an error, in which case it does not exactly inspire confidence.

The alternative is that the SRA has something else in mind, in which case it is unclear what that could possibly be. Conceivably, the UK government has its eye on the European Commission’s plans to set up AML enforcement, and has enlisted the SRA’s help to ensure the UK is seen to keep pace, and that its firms retain their equivalent status for the purposes of EU firms’ due diligence. That could mean the effective introduction of a new requirement on regulated firms to prevent money laundering, via the back door of regulators’ enforcement actions, rather than the front door of primary legislation. That is speculation of course, but a neat illustration of why the points about arbitrariness, independence and rigour really matter.

What to expect from the consultation process

The bottom line, given all of the above, is that the consultation exercise is sensible, and that those affected would be well advised take the opportunity to respond to it, by the deadline of 26 August 2020. That may, and hopefully will mean that some of the problems will be ironed out by the time the final plan comes into effect.

Undeniably, meanwhile, those solicitors and firms in the UK that don’t yet have a robust enough AML programme, not only but especially those that could be considered ‘high risk’, should take the hint. While they may not consider themselves among the ‘bad apples’ properly in the SRA’s sights, and whatever the outcome of the consultation, the likelihood of their systems coming under its close scrutiny has undoubtedly just increased.

John Binns is a partner at BCL Solicitors LLP in London, specialising in AML compliance and enforcement.

Understanding The Responsibilities Of Private Detectives And Investigators