What Does the Brexit Decision Mean for TTIP? 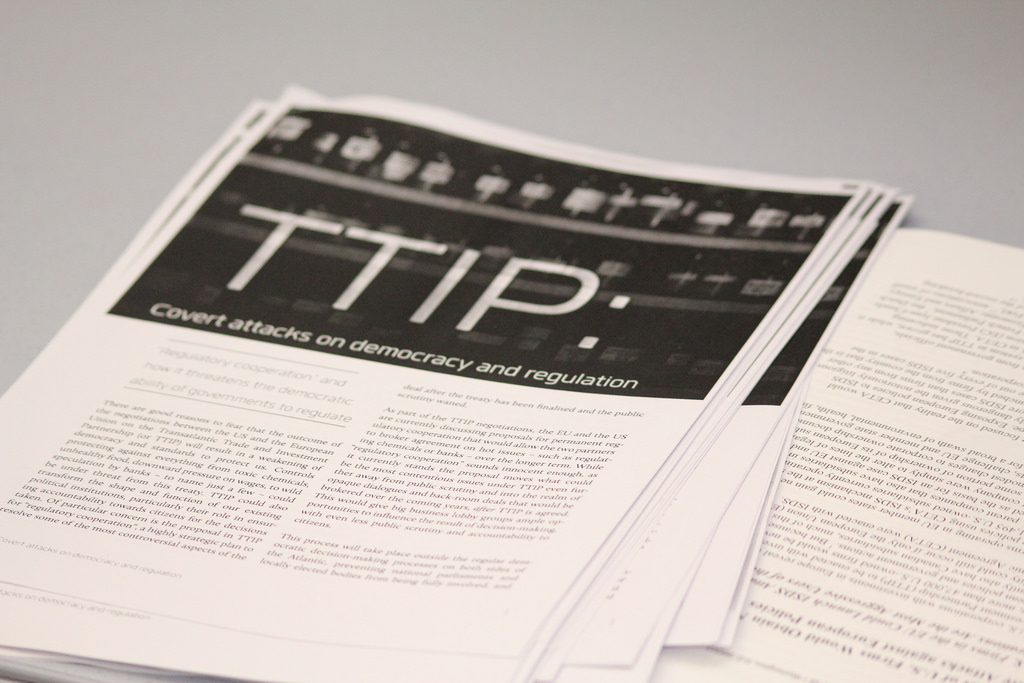 Following the referendum, Brexit is about to become a reality. Myriad negotiations will ensue to determine how a future trade between Britain and the European Union might work once the Lisbon treaty is invoked. In parallel, there is another trade deal under review that has renewed importance for a newly independent Britain: The Transatlantic Trade and Investment Partnership, better known as TTIP.

Talks between the EU and US began on the proposed transatlantic trade deal in June 2013, resulting in a prolonged series of (mostly private) negotiations to finalise terms. Now that Britain is set leave the EU, the dynamics have changed completely.

As originally conceived, TTIP aims to cut tariffs in transatlantic trade and to harmonise regulation between the US and the EU in sectors such as energy, pharmaceuticals and textiles. Arguably, the mutual benefits are significant with strong evidence that it would boost economies on both sides of the Atlantic.

According to independent studies, the deal would add up to £75bn to the US economy while the annual benefit for the UK would mean an extra £10bn going into the domestic economy – equivalent to £400 per family.

Despite multiple negotiations, strong political opposition has caused repeated delays in reaching an agreement.  Significantly, the British government has been one of the deal’s strongest supporters, and in recent weeks, David Cameron and Barak Obama have both restated their ambition for TTIP to be realised by the end of the year. Now that we will no longer be part of the EU, Britain will have to renegotiate with the US on its own TTIP terms.

But is TTIP completely dead from a UK perspective? Certainly some fear that if implemented it will weaken consumer protection. Political opposition to TTIP has some unlikely bedfellows. Jeremy Corbyn, for example, has promised to scrap it – a position also adopted by the SNP, a number of Tory Eurosceptic MPs, and even Donald Trump.

Beyond the perception that various elements of the NHS may be privatised, there is further concern over the ability of companies to use Investor-state dispute settlements (ISDS) via a supranational court as a means of settling international trade disputes and potentially, to sue governments. Some argue that this is an indirect means by which TTIP might undermine national sovereignty while giving US multinationals the right to sue the UK government.

Much of the discussion has failed to acknowledge that TTIP is as much about UK investment in the US as the other way round. Few would disagree however, that trade barriers and tariffs have a negative impact on the volume and value of cross-border trade.

TTIP’s removal of trade barriers will dramatically open up the US market for British companies, in turn increasing demand for their products. Last month, the government announced that the NHS will be excluded from the TTIP talks. Other concerns are not insuperable. Examination of the American experience over the last 30 years suggests that ISDS judgments are fair, and not anti-democratic, as some suggest.

The key issue in international trade is fair competition. TTIP will undoubtedly help a newly independent UK to compete more effectively with the US, which means more trade. However, trade agreements are complex. Although the UK could negotiate with the EU to remain a party to TTIP, politically, it is hard to envisage the Brexiteers, and whoever replaces David Cameron as Prime Minister, nailing their masts to TTIP because they will inevitably want to emphasise our separation from the EU. We are therefore likely to see the birth of the progeny of TTIP and a British Transatlantic Trade & Investment Partnership (BTIP).

But even before this, the government will almost certainly have to prioritize its efforts on re-defining our new trading relationship with the EU first of all. This could take several years. So while the TTIP or BTIP opportunity is there, we will have to wait and see what timetable emerges for initial trade discussions with the EU in the coming weeks. However, before we can enter into any serious discussions with the US about a trade deal we have to wait for the US Presidential elections in November, and a new president taking office in January 2017. Therefore, any detailed discussions are not likely to commence before the middle of next year at the earliest.