FIFA’s decision to award Qatar the right to host the 2022 FIFA World Cup has been mired in controversy from the moment of its announcement. An absolute Islamic state governed by a hereditary monarchy, the country has faced international backlash for its alleged bribery of FIFA officials, curtailment of freedom of expression and repressive treatment of women and LGTBQ+ people. 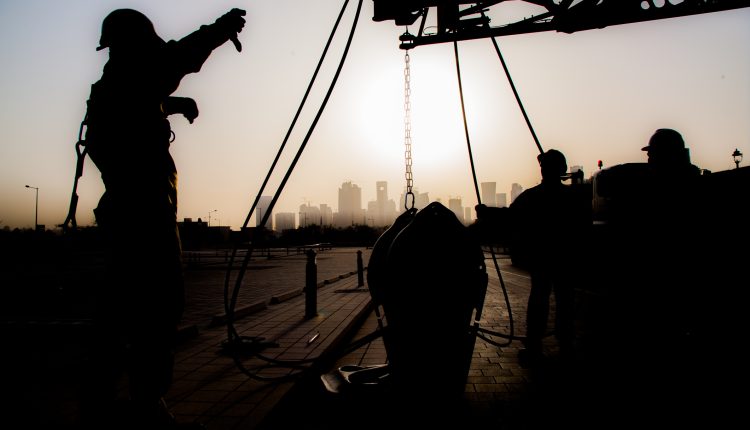 Perhaps the most often cited criticism of the country as a host for the world’s biggest sporting competition has been its treatment of workers. Thousands of migrants have faced inhumane conditions and abuses in Qatar under an employment system that leaves them vulnerable to predatory sponsors. This feature explores the key facets of the ‘kafala’ system and their role in shaping the modern image of Qatar and the wider Middle East.

What is the Kafala System?

Loosely translated as ‘sponsorship’, kafala is a model for the regulation of migrant workers used throughout the Gulf Cooperation Council and in Lebanon. The system is rooted in Islamic jurisprudence and saw broad expansion in the mid-20th century as low-populated Gulf nations sought to attract new workers for large infrastructure projects, often related to the oil industry. It has produced seismic changes in demographic throughout the region, with the native populations of all Gulf nations except Saudi Arabia now outnumbered by migrants who predominantly immigrate from South Asia and Africa.

The kafala system requires migrants to be bound to a kafeel, or sponsor, before they may enter the host country. The kafeel has full control over the worker’s immigration status, as well as contract terms, which in turn allows them to hold power over their wages and accommodation provided they do not violate state law. Sponsored migrants must acquire exit permits from the kafeel in order to leave the country, as well as non-objection certificates (NOCs) to switch jobs. It is a common practice among sponsors to illegally confiscate workers’ passports and travel documents, further cementing control over their mobility.

The extreme sponsor-worker power imbalance of the kafala system has led to numerous documented instances of abuse and entrapment of migrants within their jobs, which the International Trade Union Confederation designated a form of modern slavery. Numerous critics have called for the kafala system’s abolition, pointing out that no host country has ratified the worker protections within the International Labour Organisation’s Domestic Workers Convention, and what worker protections do exist in law often go unenforced.

It is a common practice among sponsors to illegally confiscate workers’ passports and travel documents, further cementing control over their mobility.

What Effect Has Kafala Had on Qatar?

Oil-wealthy and underpopulated, Qatar has attracted a great many migrant workers since the kafala system was introduced in the 1960s – so many that 77% of its population of 2.5 million is thought to be comprised of migrants. These migrants are predominantly employed in wholesale and retail trade, domestic services and especially construction, which has formed a necessary part of the country’s preparations to host the 2022 World Cup.

Qatar’s lack of pre-existing infrastructure for the event necessitated the completion of multiple complex and large-scale construction projects, beginning with the creation of seven new stadiums and the rehabilitation of an eighth. A wide range of supporting infrastructure including hotels, residential buildings and an expanded airport was also deemed necessary for housing over one million visitors, leading to the Qatari government’s accelerated construction of the city of Lusail and its accompanying subway system for an estimated total cost of over $200 billion.

To facilitate this rapid development, Qatar has recruited more than 30,000 migrant workers from India, Pakistan, Nepal, Bangladesh and other countries (this figure represents those who have been enlisted to work on stadium construction; the full number is unknown, but likely significantly larger). These migrants are technically subject to international treaties guaranteeing a standard of movement and welfare, but research by the Gulf Research Centre in 2018 found that “in practice, an expansive extralegal market dominates the entire migration process”. Migrants are often recruited in their home countries by subcontractors promising nonexistent jobs, then deprived of their travel documents and switched onto a new contract after arriving in the country, effectively placing them at the legal disposal of their employers.

Qatar has attracted a great many migrant workers since the kafala system was introduced in the 1960s – so many that 77% of its population of 2.5 million is thought to be comprised of migrants.

Equally alarming is the mortality rate of the workers engaged in infrastructure and development projects. Qatar has claimed that only 37 of its migrant workers have died since 2015, and only three for work-related reasons, but omitted the inclusion of workers building hotels, transit systems and other large-scale projects. Estimates from outside Qatar project that at least 6,750 South Asian migrant workers have died in Qatar since it was awarded World Cup hosting rights in 2010.

Qatar has fallen under significant international scrutiny regarding its labour practices since being awarded the World Cup hosting rights, which has prompted moves by the government to address shortcomings in its legal system. Qatar has since made progress towards employment law reform, signing a number of new measures into effect in September 2020 that have included a minimum wage of $274 for all migrants; an attempt to address the delayed or non-payment of owed wages.

However, challenges to an equitable system remain, as the International Organisation for Migration reported in 2022 that migrant workers may still be prohibited from joining trade unions. Qatar’s new avenues for reporting labour law violations are also inadequate for the reporting of sexual assault against female workers, which is made especially daunting by the country’s zina law forbidding extramarital sex. Fears of retaliation from employers have also limited the use of these channels.

The kafala system has been baked into Qatar’s economy for more than 60 years and is not easily extricated. With the world watching for further news of repressive behavior by the government as the tournament continues, it remains to be seen how far the nation’s efforts to liberalise its employment protections will extend once it has concluded.