How to Navigate Obstacles in International Child Abduction

Disputes involving parental abduction of a child are often fraught with difficulties, though the addition of an international element can exacerbate these yet further. 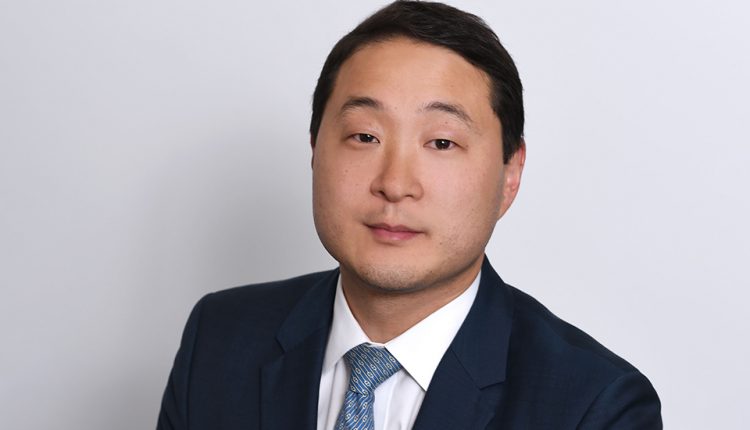 Unravelling these issues typically requires the knowledge of a family law attorney with experience in handling cases pursuant Hague Abduction Convention. Richard Min, a leading authority on such abduction cases, delves further into this subject below.

How is child abduction legally defined? And what is the difference between abduction and kidnapping?

Child abduction and kidnapping are often used interchangeably, though the term “child abduction” is usually associated with the 1980 Convention on the Civil Aspects of International Child Abduction (“Hague Abduction Convention”), which is a civil treaty between approximately 100 countries, including the United States. The term “kidnapping,” on the other hand, usually references criminal behaviour, such as defined by the International Parental Kidnapping Crime Act of 1993 (“IPKCA”), which makes it a federal crime to take or a keep a child outside of the United States in violation of another person’s parental rights.

How common are parental abductions?

The National Center for Missing and Exploited Children estimates that approximately 200,000 children are abducted each year by a parent of other family member, though that includes both domestic and international child abductions, which are governed by different sets of laws. The United States Department of State – tasked with overseeing international child abduction cases – stated that during 2021, they handled 679 active abduction cases involving 904 children. Of course, not all cases of abduction, be they international or domestic, are reported to the authorities.

How often is a parent unaware that they have committed abduction, and are there are any justifications for a parent who commits child abduction?

Oftentimes, parents may be unaware that they have engaged in child abduction for a variety of reasons. They may believe they had the right to relocate to another state or country without the other parent’s permission. They may be victims of domestic violence simply fleeing a dangerous situation. Or they may be living in a foreign country simply desiring to return to their own country to be closer to their own families.

As is often said, ignorance of the law is not a defence, but there are valid reasons or defences that can be raised when confronted with allegations of child abduction. As mentioned previously, escaping domestic violence can sometimes legally justify a child abduction, as can a consideration of the interests of the child, including how long they may have resided in the other country and whether the child has a strong objection to returning to the original country.

Oftentimes, parents may be unaware that they have engaged in child abduction for a variety of reasons.

What are the major risk factors for parental abduction?

There are several risk factors, many of which have been codified under the Uniform Child Abduction Prevention Act, a law existing in approximately 15 states. The risk factors include whether a parent has previously abducted or threatened to abduct a child or has a history of noncompliance with court orders or co-parenting or has stronger ties to a foreign country than the current one, including financial, familial, and/or legal (immigration).

How does litigating child abduction cases vary between different US states?

First, litigating child abduction cases will vary heavily depending on whether the abduction is domestic versus international. If the abduction is domestic, the laws will be usually similar between different states because the Uniform Child Custody Jurisdiction and Enforcement (“UCCJEA”), which would normally be applied in domestic child abduction cases, has been passed in 49 of 50 states. The UCCJEA prevents courts in differing states from issuing competing custody orders and mandates that only one state be permitted to issue orders related to the custody of a child. Therefore, if a child is abducted from one state to another, the state where the child is taken to will typically have to enforce and comply with the directives of the home state.

First of all, the application of the law (case law) depends in which of the 12 regional circuits the case takes place. Though the US Supreme Court has decided five very important Hague cases (the most recent being my case) in the past dozen years, thereby resulting in greater uniform application of the law, it is still the case that different circuits have a different interpretation of the Hague Abduction Treaty. In addition, courts move at different speeds in different jurisdictions, so you may be able to get resolution of a Hague case within one month in one court where it may take six months in another. Hague cases are supposed to be acted upon expeditiously, but depending on the issues being raised and the workload of the particular court or judge, cases may take longer to resolve.

Litigating child abduction cases will vary heavily depending on whether the abduction is domestic versus international.

What is the process for recovering an abducted child from abroad? How does this process vary between different countries?

The US Department of State issues a yearly report on international child abduction cases, including those in which an American child was abducted abroad. Included in that report is an analysis of other countries’ compliance record to see how well the treaty is working between different countries. That being said, the process can look very different depending on where a child is taken to. Some countries have civil legal systems while other have common law systems like ours. Some countries have public prosecutors that can bring these cases on behalf of parents while in others you have to find and pay for your own attorney, again as would typically be the case here in the United States.

A major difference, of course, is whether the child is taken to a “Hague” country or a “non-Hague” country, meaning whether or not said country adheres to the treaty. If they are a “Hague” country, then the process – albeit perhaps a bit different from other treaty member countries – will generally be the same in that you will have the same law to rely upon. If the child is taken to a “non-Hague” country, the process will vary greatly depending on the country and their own domestic laws and the particular facts of the family. Some countries may simply enforce any US custody orders, while others may not be so willing. It is always wise to immediately seek the advice of local counsel in those situations, which your US attorney or the State Department might be able to help with. You can always visit the International Academy of Family Lawyers website, which is a great resource for lawyers across the world.

What are some of the most challenging cases you have ever worked on?

Cases can be challenging for many reasons. There are procedurally challenging cases, such as cases with multiple actions going on simultaneously in federal court, state courts and even foreign courts. The case of Golan v. Saada, which I just argued in the US Supreme Court, was very challenging because it has been ongoing for almost four years, including a nine-day trial and numerous appeals.

The most challenging cases are those that involve horrific acts of child abuse. A recent case of mine involved two girls who had been terribly abused by their father and were terrified of being returned home. I felt tremendous pressure to make sure that they could be protected and, luckily, we were successful in keeping them here in the US. I also had a case where the child had been secretly abducted and withheld from the mother for two years without any contact. Usually, even in abduction cases, the parent has some idea of where the child has been taken, but in this case, it took two years to locate the whereabouts of this particular child. We were able to have the US Marshal service pick up the child from school without the father’s knowledge and brought to the judge’s chambers for a tearful reunion with her mother. We also were successful in then having the child returned home. Sometimes the most challenging cases can also be the most rewarding and that is certainly one example of that.

Richard Min is a partner at Green Kaminer Min & Rockmore LLP in New York City whose practice focuses exclusively on family law, with a particular emphasis on international family law, child abduction and cross-border custody issues pursuant to the 1980 Hague Abduction Convention and the Uniform Child Custody Jurisdiction and Enforcement Act. He has extensive trial experience in Hague Abduction cases having been involved in approximately 100 cross border child abduction or custody cases in more than a dozen states and having acted as lead trial counsel in over 35 Hague abduction cases.

Green Kaminer Min & Rockmore LLP is a Manhattan-based family law firm that serves clients throughout New York and internationally. Their team assists in a wide range of family law matters including international child custody and child abduction disputes, as well as disputes concerning the division of foreign assets in international divorces.