On 27 June, the UK government’s controversial bill to change a key part of its post-Brexit trade agreement with the European Union was passed in the House of Commons. Now, lawmakers and businesses prepare to assess the consequences. 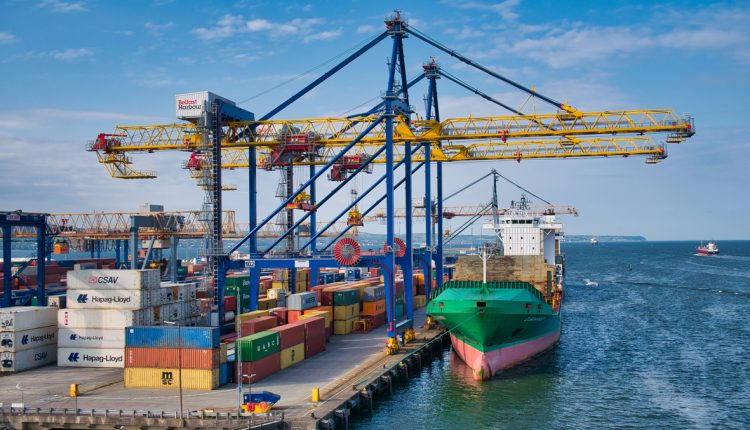 What is the Northern Ireland Protocol?

Following the UK’s exit from the EU Single Market and Customs Union, the formerly free trade between Britain and EU member nations was no longer possible. The EU’s food rules require border checks when certain food and agricultural products, such as milk and eggs, arrive from non-EU countries. This raised issues for trade relations between Northern Ireland and the Republic of Ireland, the UK’s sole land border with an EU member nation. All parties involved wish to avoid the return of a “hard border” between the two countries, which would involve the use of cameras, border posts and checkpoints with the potential to be targeted by paramilitary groups.

The Northern Ireland protocol was introduced as part of the 2019 EU-UK Withdrawal Agreement as a means of preserving the soft Irish border while complying with the two blocs’ new trade relationship. It allows for a continuation of the free flow of goods between Northern Ireland and the Republic of Ireland that was standard prior to Brexit. To facilitate this, when goods arrive in Northern Ireland from the rest of the UK (England, Scotland and Wales), they are checked against EU rules at the port where they arrived.

The new arrangement has necessitated the hiring of new customs agents to address a backlog of goods being transported across the Irish Sea, and has restricted what some supermarkets and other produce sellers are able to supply. The protocol has also not yet been fully implemented, with more checks on British goods expected to increase costs once the grace period ends. There is disagreement between think tanks on just how much disruption has been caused as a result of the protocol and whether or not its existence is a net cost or benefit to Irish trade.

What Are the Effects of the Bill?

The new Northern Ireland Protocol Bill proposes a fundamental shift in the way trade is conducted between Great Britain and Ireland. Its core premise is the creation of separate lanes for British goods imported to Northern Ireland, with a “green lane” exempt from checks and customs controls established for goods intended for Northern Ireland only and a “red lane” for products going to the EU – including the Republic of Ireland – which will be subject to full checks and paperwork.

Beyond the issue of trade with the Republic of Ireland, the bill also gives UK ministers more power to alter tax and spending policies. Under the protocol, Northern Irish businesses currently follow EU rules on state aid and VAT, limiting government payments made to assist firms. The bill would enable the government to remove those limits. The government is also seeking to alter current arrangements so that disputes over the Northern Ireland Protocol are “resolved by independent arbitration and not by the European Court of Justice”.

The protocol has not yet been fully implemented, with more checks on British goods expected to increase costs once the grace period ends.

The largest unionist party in Northern Ireland, the DUP, is supportive of the bill, and is currently refusing to participate in the Northern Ireland Assembly until its concerns with the protocol have been resolved. Having come in second place in the May elections behind nationalist party Sinn Féin, the power-sharing government cannot be formed without its support.

Legality and Repercussions for the UK

Some MPs and other critics of the government’s move have taken aim at the Northern Ireland Protocol bill for its deliberate contravention of the agreed terms of the EU-UK Withdrawal Agreement. In a statement in Parliament, former Prime Minister Theresa May condemned the passing of the “illegal” bill as liable to diminish the UK’s standing in the eyes of the international community.

Others have argued that the bill is legally permissible in international law. The most common pro-bill argument cites the Article 16 provision of the protocol, which allows for unilateral safeguarding measures to be undertaken against the protocol if it leads to “serious economic, societal or environmental difficulties that are liable to persist, or to diversion of trade”. The protocol provides no guidance as to what qualifies as a “serious” difficulty or a “diversion of trade”, though the UK government stated in July 2021 that it believed the threshold had been met. To date, however, it has not begun the process of activating Article 16.

Whether the bill constitutes a breach of international law or not, EU member states who perceive it as such will likely have few options for recourse. As a warning, the EU has restarted legal proceedings against the UK for alleged breaches of the protocol, with the possibility of further measures to be enacted later – such as the imposition of tariffs or the termination of the entire Brexit deal within one year as a “nuclear option”. With both the UK and EU economies already in a vulnerable position and unenthusiastic about a trade war, however, the only certain damage is likely to be dealt to international perceptions of the UK.

Next Steps for the Bill

While the Northern Ireland Protocol Bill has cleared its first legislative hurdle, it is still far from settled law. The opposition and the 70 Conservative MPs who abstained from the recent vote will have an opportunity to support amendments stripping the bill of some of its more contentious elements.

Post-Brexit Restructuring Proceedings: What Are the Implications for Luxembourg? Delivering Excellence in Competition Law

The government has set a condensed three-day committee stage for review of the new legislation – a process that typically takes between two and three weeks – signalling an intention to advance the bill through the Commons before the mid-July recess. Despite this, there is every chance that the end state of the bill after passing committee and the House of Lords will be much diluted from its current form, and a high likelihood that the Lords will slow its passage for several months.

Conservative MP Simon Hoare, who chairs the Commons Northern Ireland Committee, has predicted that the final bill may not pass until next spring. Lawyer Monthly will continue to track the status of the bill as it passes through Parliament, as well as any further legal actions undertaken by the EU in response.