The efficient recovery of large debts is of course a great concern for many organisations, though the route to a successful legal settlement is often complex. 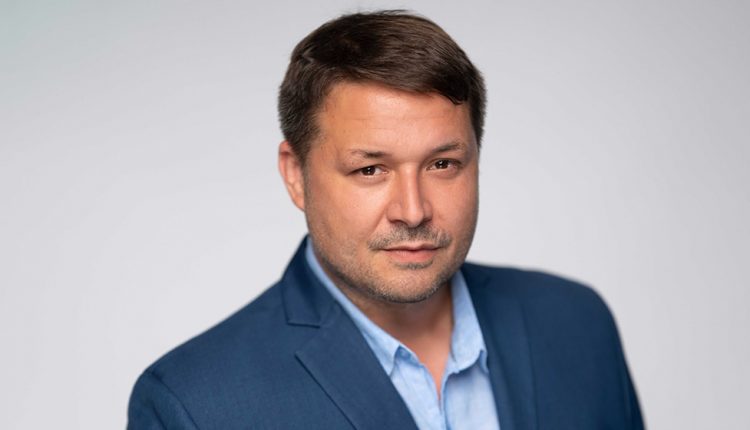 In an interview with Lawyer Monthly, Filip Petráš explores common obstacles in the recovery of high-value debts and offers practical advice on how to handle them, gleaned from years of experience in the field.

What key laws and regulations govern high-value debt recovery in your jurisdiction?

Under the Czech law, the general procedure for recovering receivables is governed by a number of legal regulations, including the Civil Code, Code of Civil Procedure, Enforcement Code, Insolvency Act, Act on Arbitration Proceedings, Mediation Act and Consumer Credit Act in case of claims arising from consumer loans.

In what ways does the debt recovery process change when the debt in question is of significant value?

The Czech law does not significantly distinguish between lower-value and high-value receivables. However, in practice, the procedure of high-value debt recovery may differ.

First and foremost, the initial costs associated with debt recovery are higher. If the courts are involved, it is necessary to pay a court fee, the amount of which depends on the value of the dispute (mostly the amount of the claim). Some procedural aspects also differ. For instance, for the receivables exceeding CZK 1,000,000, a proposal for the issuance of electronic order for payment – allowing the court to decide in a simplified procedure – cannot be submitted.

In practice, as for high-value receivables, the most important step is to assess their enforceability. Therefore, it is necessary to check the solvency and the current financial situation of the debtor, e.g. pending insolvency or enforcement proceedings on the debtor’s property, its management body members, the registered office of the company and its nature (whether it is a real registered office or a shell company), as well as the debtor’s assets and other aspects that provide an overview of the debtor’s financial situation.

What does the out-of-court process look like in these cases?

Out-of-court proceedings may be either amicable, which does not require the intervention of any authority to successfully recover the debt, or controlled, which is an alternative to court proceedings by the intervention of a similar authority, e.g. arbitration. Reputational aspects play an important role in whether the path of out-of-court settlement is followed by the parties, especially in the recovery of high-value debts.

For high-value receivables, the most important step is to assess their enforceability.

Our firm’s standard procedure for debt recovery is to send a letter of claim, which is the first attempt to resolve the dispute. In many cases, the letter itself is sufficient for the debtor to repay the debt. This option is the most economically advantageous for the creditor and, under Czech law, a procedural requirement for a successful claim for reimbursement of court costs (including the court fee and legal representation costs). It has to be delivered to the debtor at least 7 days before the action is brought before the court.

Prior to the commencement of court proceedings, but also during the proceedings, in an attempt to find a solution to the situation, the parties may agree to resolve the matter through mediation with their choice of independent third party assisting them. In some cases, the court may also order the parties to meet with a mediator. Although the meeting with the mediator ordered by the court is not obligatory and the disputing parties cannot be forced to do so, it may have an impact on the reimbursing costs of the court proceedings in the latter stage of court proceedings.

The costs associated with mediation are borne by the parties individually. However, with the mediator’s assistance, many disputes can be resolved faster and amicably. Such negotiations may result in agreements on a repayment schedule, or a partial waiver of the debt accessories as an expression of the creditor’s good will, motivating the debtor to repay the debt at least in the original amount, without accessories.

The parties may, of course, conclude out-of-court settlement agreements without the mediator’s involvement, or they may turn to a notary who will draw up the contents of the agreement in the form of a notarial deed with a clause of direct enforceability.

If the debtor is willing to negotiate but is unable to pay the debt at the time of the negotiation, our law firm recommends to at least conclude an agreement in which the debtor acknowledges the debt. Such a procedure has a significant impact on the statute of limitations and also strengthens the creditor’s position in any dispute.

Are there any particularly common challenges that are encountered in the course of recovery?

In the case of high-value debts, it is often the case that debtors, unable to repay the debts to their creditors, opt for the liquidation of the company or insolvency proceedings in order to minimise debt repayments. According to recent long-term statistics of insolvency proceedings in Czechia, a creditor obtains on average less than 20% of the original amount of the receivable if the insolvency ends up with bankruptcy – and in case of debt relief, less than 60% of the original amount.

Aforementioned consumer disputes are another problematic part. The strict case law of the Constitutional Court and other higher courts in Czechia, even retroactively, places emphasis on the assessment of the debtor’s creditworthiness or on certain credit terms, for example.

How can the use of emerging technology expedite the debt collection process?

It is hard to imagine a field that would not be affected by the development of new technologies in recent years. The same applies to the area of debt recovery.

In general, the use of modern technologies is allowing us to process increasing volumes of data. Their use in the debt recovery process allows better management of the portfolio, for instance by the automatic tracking of individual payments or sending reminders to debtors. This eliminates errors and saves costs and time spent on the administration of receivables that can instead be used for finding the most suitable solution for both creditors and debtors.

Another indisputable advantage of the use of modern technologies is the facilitating and acceleration of collaboration and communication, including through qualified means of communication such as data boxes (an electronic documents delivery system launched by the Czech Ministry of the Interior) or online video conferencing tools, in order to find consensus when the parties have to cooperate remotely.

In what ways has the debt recovery field changed since you began your practice?

Since the beginning of my legal practice, the field of debt recovery has significantly changed. These changes are due to the development of legislation and case law, but also due to changes in society. For instance, development of case law in the matter of validity and invalidity of arbitration clauses – which in practice has significantly affected the use of arbitration as an alternative dispute resolution process – has tightened the conditions for the selection of arbitrators and the conditions for the enforcement of consumer loans.

Since the beginning of my legal practice, the field of debt recovery has significantly changed.

What is the first piece of advice that you would give to a client seeking advice on recovering?

There is still a lot of misleading information persisting in society about the high-value debt recovery process. However, we at Petráš Rezek know that most cases are neither as complicated nor financially demanding  as they may seem at first glance, provided that the basic rules of precaution are observed.

First of all, we recommend our clients take enough time to check their potential business partners. This is not always easy, but in Czechia there are easily accessible public registers from which the information can be drawn without issue. In case there are any potential risks identified, and the contract has not yet been concluded, we recommend including stricter conditions on guarantees and payments in the contract.

Second, the effective establishment of contracts, framework agreements and general terms and conditions with the business partners – thus potential debtors – is crucial. Such documents should be revised periodically to reflect changes in legislation or case law. We strongly recommend concluding the contracts and other arrangements in writing. It is ideal to have all communication with the counterparty in writing, or at least confirm the essential points of the agreement in writing, for example via email.

Last but not least, in case of any problems, we recommend not to hesitate to ask for legal advice from a professional as soon as possible, as an early correction of the problem often prevents many future complications.

Filip Petráš is a founding partner of the law firm Advokátní kancelář Petráš Rezek, s.r.o., currently rated as one of highly recommended law firms in Czechia. In 2006, he graduated from the Faculty of Law of Masaryk University in Brno, Czechia. In his practice, he predominantly focuses on litigations and his key cases include responsibility for the legal representation of more than 1000 creditors in one case.

Law firm Advokátní kancelář Petráš Rezek, s.r.o., based in Prague with additional offices in Zlín, Brno and Uherské Hradiště, has been providing its clients with professional legal services since 2018. The firm is among the most highly recommended in Czechia in the field of health law and recommended in the areas of intellectual property law, information technology law and labour law. The law firm has become the main representative of the World Law Alliance for Czechia. Through its network of partner law firms, the firm is able to offer services to clients in more than 100 countries.