Christopher Schuld discusses with us debt recovery and commercial agreements for creditors; he expands on what lessons COVID has taught debt collectors and why legal agreements are important here. 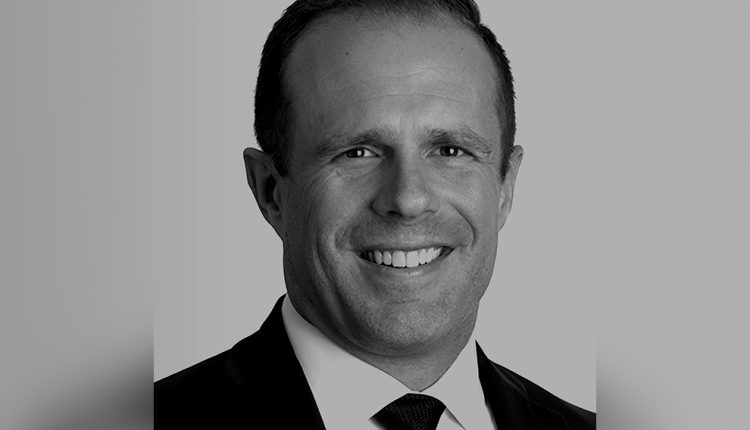 1. COVID-19 has resulted in many businesses falling into debt and bankruptcy. What lessons have been learnt here for creditors and debt collectors?

COVID-19 has given everyone a better appreciation of certain fundamental institutions and industries that deserve priority treatment.  Some, like healthcare and education, are obvious.  Others, like long-haul grocery truckers, have rightly earned new appreciation.  Specific to the credit and lending industry, there has been heightened recognition of the critical role of the civil justice system and the administrators that support it.

In British Columbia, there was a short stint in the spring of 2020 where the courts were almost entirely closed.  For any creditor party seeking to recover debt, that stint imposed a moratorium on the most effective tools for pursuing recoveries.  Courts would still hear urgent applications, but counsel had to use discretion about the designation of “urgent”. The administrative processes of the court that my team are used to navigating were also disrupted, creating unexpected issues.

For example, my team managed to obtain a garnishing order to secure funds held by a debtor party.  The order said that a local credit union was to pay that debtor’s bank account balance into court.  The usual process is that a process server takes the court order to the branch manager, and then the branch manager cuts a cheque to court services.  Sure enough, the credit union was temporarily closed.  During periodic follow-ups, the process server kept reporting “still closed” and eventually advised that the credit union’s branch was permanently closed, with all services shifted online.  As a result, the creditor had to navigate through a corporate structure to escalate the matter through management and credit union counsel.

This example illustrates the logistical hurdles that have emerged in what is typically a straightforward process.  The legislative entitlement for garnishing orders was unchanged, and court registry staff ensured seamless civil procedure, but the usual methods still went off track because of a credit union’s locked door and a “CLOSED” sign.

In my view, creditors should not necessarily view litigation as an unfortunate last resort.

2. Debt collectors have numerous advantages and techniques at their disposal to recover outstanding debts for creditors, but why is the legal agreement important?

Specific enforceable contracts exist on a spectrum. At the far end, there are handshake deals, scribbles on a napkin, and screenshots of text messages.  At the other end are industry-approved forms (such as standardized realty contracts and CCDC construction contracts) and customized contract terms negotiated in advance by solicitors. The reality is that any of these formats can create a valid and binding contract with offer, acceptance, and consideration between parties.

In my view, one of the most essential functions of the legal agreement is to dictate expectations at the outset. As an example, getting a new credit card makes some people feel as though they just found money they can go spend.  The expectation, however, has to be made clear in the governing agreement.  It is the only way that a cautious lender can tell an excited borrower that delayed payment results in 20% interest on top of the credit used.

3. What are vital aspects for the agreement to include in order to avoid issues further down the line?

From the creditor’s perspective, several recovery tools are not available unless specified in the agreement. These include prioritised security, solicitor and own client costs on recovery efforts, and automated default rights.

4. As a legal expert, what are common problems which arise with such agreements? Why does it proceed to litigation?

The common problems have very little to do with the agreements themselves. I say that because the most common problem is simply “You were supposed to pay, but you didn’t”.  Whether it is a paper napkin agreement or a formal bank loan document, the debtor’s failure to pay is the only hurdle to recovering the money. Once that happens, two other hurdles can arise. The first is that the debtor disappears. The second is the debtor’s impecuniosity.  There is not all that much that a creditor can do if a debtor has burned through all of their money and decides not to generate any more.
In British Columbia, litigation is the path to the remedies of the Court Order Enforcement Act.  In my view, creditors should not necessarily view litigation as an unfortunate last resort.  Litigation—ideally, fast and efficient litigation—is the way forward for securing remedies through the Court Order Enforcement Act.

Whether it is a paper napkin agreement or a formal bank loan document, the debtor’s failure to pay is the only hurdle to recovering the money.

5. Is there a way to end such agreements?The best conclusion to a debtor-creditor agreement is payment and release. Each party can control the formality of that conclusion.  The creditor’s ideal scenario is to be paid every penny while leaving the terms of an agreement in place just in case there is another penny that was overlooked.  A savvy debtor will insist on a formal conclusion, like a release or written confirmation that nothing is left due and owing, and all obligations are concluded.  Ideally, the terms of a contract will dictate the conclusion scenarios, but since creditors are usually the authors of credit contracts, most are left open-ended so that the creditor can keep recovery options open as long as possible.

6. What is a standstill agreement and when should these be considered?

The term “standstill agreement” has subtle differences in different regions and industries. The term is used for takeover bids of publicly traded companies or in pre-litigation disputes between parties where limitation periods are looming.In the creditor context, I prefer to use the term “forbearance agreement”.  A forbearance agreement can address a wide variety of things, from stopping the compounding of interest to refraining from litigation steps, to putting a standstill on loan terms during a remodelled repayment schedule.An effective form of forbearance agreement is one where both parties:
– acknowledge that a debt exists,
– agree to a repayment schedule,
– agree not to do anything to each other during the repayment schedule,
– sign a consent judgment order,
– establish undertakings by which the creditor’s lawyer holds the consent judgment order but agrees to do nothing with it, and
– agree that if the schedule is not met, the creditor can file the consent judgment order.

Christopher Schuld is a Vancouver-based litigator with experience in civil litigation and a practice focused on construction, real property disputes, defect warranties, and surety bonds. Along with trial experience, Chris has an active alternative dispute resolution practice and regularly navigates complex, multi-party litigation.  Chris has extensive experience in debt recovery and drafting commercial agreements for creditors.

The lawyers of Eyford Partners have been repeatedly recognized in Best Lawyers™, Lexpert®, Benchmark Litigation, Chambers and Partners, Litigation Counsel of America, and other noteworthy publications.

Eyford Partners pairs the best of big law—the commitment to legal excellence, the readiness to take on complex mandates—with highly responsive service. The firm’s lawyers have appeared at every level of court in British Columbia, served as counsel in landmark decisions, and secured a reputation as litigators and appellate counsel that can deliver when it matters most.