The Afghan Crisis: Legal Rights Of Refugees vs Asylum Seekers In The UK 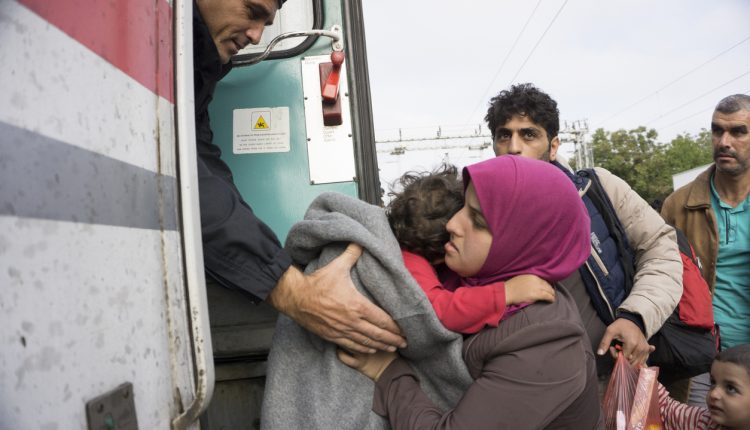 On August 15, Taliban militants retook Afghanistan’s capital, almost two decades after they were driven from Kabul by the USA. Although security forces in the capital were well-funded and well-equipped, they were unable to defend Afghanistan following the withdrawal of US troops that began in early July. By August 30, the final batch of US troops had withdrawn from Afghanistan following a huge and chaotic airlift that cost the lives of 13 troops while thousands of Afghans were left behind, still seeking an escape from Taliban rule.

Afghanistan has long been one of the largest countries of origin for people seeking asylum in the UK, though many refugees have faced substantial obstacles when attempting to obtain adequate protection. Until very recently, the UK government had classified Kabul as a safe destination for asylum-seekers to return to, including people from the LGBTQI+ community who were advised to be discreet about their identity to protect themselves.

Now, in the wake of the Taliban’s takeover, the UK Home Office has launched the Afghanistan Citizen’ Resettlement Scheme, a new route opening for the resettlement of Afghan refugees which will prioritise people most in need, including:

Working with the United Nations High Commissioner for Refugees (UNHCR) to identify those most in need, the Government plans to welcome around 5,000 refugees in the scheme’s first year and up to 20,000 over the coming years.

However, several refugee charities have questioned how the Government’s resettlement scheme will work alongside proposed changes to the UK’s asylum systems which criminalises people who travel to the UK independently by boat or lorry. Critics of the scheme have stressed that demand for resettlement schemes, particularly following the Taliban’s takeover of Afghanistan, invariably fall short of allocated places.

Legal Rights Of Asylum Seekers vs Refugees In The UK

While the terms “refugee” and “asylum seeker” are often confused and are commonly used interchangeably, there are key differences between the two. A refugee is a person fleeing armed conflicts or persecution. Their situation is so dangerous that they seek safety in another country, receiving assistance from the country and aid organisations. They are protected by international law.

An asylum seeker, on the other hand, is a person who claims to be a refugee but whose claim is yet to be evaluated. They would have applied for asylum because returning to their country would lead to persecution. While a person’s application is pending, they remain an asylum seeker.

Not every asylum seeker will come to be recognised as a refugee, but every refugee is initially an asylum seeker.

In the UK, refugee status is granted to those recognised as refugees by the Home Office, as outlined in the Refugee Convention. Upon achieving official refugee status, refugees are typically allowed to stay in the country for up to five years. After this period, they can apply for Indefinite Leave to Remain. As a refugee, they share the same human rights as legal residents, including:

Refugees in the UK are also granted permission to work within any profession and at any skill level. Those who are unable to work can apply for welfare benefits, including income support, Jobseeker’s Allowance, Pension Credit, Employment and Support Allowance, Universal Credit, and Refugee Integration Loan.

Asylum seekers, on the other hand, are not granted permission to work in the UK. While their claim is being considered, asylum seekers have the right to claim temporary accommodation and basic living support and are encouraged to volunteer. However, until asylum seekers receive a decision as to whether or not they have been granted refugee status, they do not possess the same rights as one.

The Nationality and Borders Bill that is currently under consideration in Parliament proposes a two-tier approach to refugee protection that would discriminate between people based on their mode of arrival into the UK. However, as recent scenes from Kabul Airport demonstrate, regulated means of travel are simply not available to every Afghan citizen who needs to escape the country.

Furthermore, case law from 2007 establishes the principle that returning asylum seekers to areas under Taliban control — now the entire country — would breach obligations under the 1951 Refugee Convention.

With these factors in hand, critics are urging the UK government to do more to help and protect Afghan refugees and asylum seekers. The Joint Council for The Welfare of Immigrants, for example, has compiled a list of recommendations to the Government. Their recommendations include abandoning the two-tier refugee protection system, immediately protecting all Afghans already in the UK, and widening access to safe routes for refugees.

The adoption of such recommendations would allow a much more driven and compassionate response to the crisis in Afghanistan, ensuring that resettlement options are generous, and that people who independently flee the country are still able to access the protection needed to rebuild their lives.