What steps have the global community taken to combat climate change through legislation, and will they be sufficient? 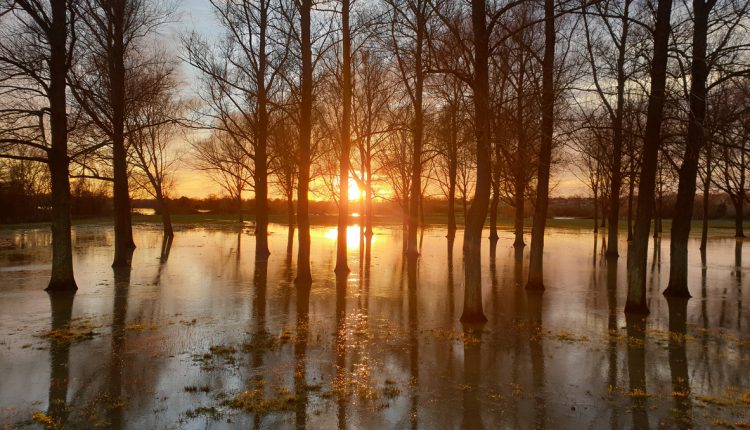 Early this August, the Intergovernmental Panel on Climate Change (IPCC) released a report examining the physical impact of climate change on the world. The sixth such report yet released by the UN body and compiled from over 14,000 scientific papers, the report provided an up-to-date assessment of climate change as it is currently understood.

Its conclusions were bleak: human activity is “unequivocally” warming the planet, it warned, causing rapid and widespread damage to the biosphere. It also highlighted that weather extremes resulting from this warming have already been observed, and that initiatives to limit global temperature increases to 1.5°C above pre-industrial levels will fall short unless carbon emissions can be deeply reduced in the coming decades.

The release of the IPCC report coincided with a series of devastating floods in Europe that have been cited as lending credence to its claims regarding weather extremes. Both events also served to draw renewed attention to governmental efforts to combat the worst outcomes of climate change and the question of how effective they will be in the crucial years to come.

How has climate change legislation developed over time?

By 1990 there were only 35 laws related to climate change worldwide, owing to a lack of awareness of the issue at that time. Consequently, almost all climate change laws currently in effect have been passed within the last three decades.

The 1.5°C figure quoted above formed a key part of the negotiations of the 2015 Paris Agreement, wherein a number of nations – including several low-lying islands – successfully pushed for that temperature increase to be set as a target in the deal, arguing that allowing a greater increase would threaten their survival. The Agreement requires all supporting countries to set pledges to reduce their carbon emissions, with the aim of keeping the global average temperature from rising above 2°C and “pursuing efforts” to limit it to 1.5°C (temperatures having already risen above 1°C). Signatories are expected to assess their progress towards implementing these requirements through a “global stockade”, the first of which is planned for 2023.

By 1990 there were only 35 laws related to climate change worldwide, owing to a lack of awareness of the issue at that time.

The Paris Agreement followed on the heels of a marked acceleration in climate change legislation from the 1990s onwards, which reached a peak between 1999 and 2014 when more than 120 laws related to climate change were passed each year. Yet, as the findings of the IPCC report have demonstrated, the creation of these laws has not been sufficient to shift the global emissions trajectory towards a sustainable level.

A 2020 study of panel data on the legislative activity of 133 nations found that climate change laws enacted between 1996 and 2016 reduced global CO2 emissions by the equivalent of one year’s worth of carbon output. While impressive when taken alone, this rate of progress will not come close to reducing emissions to the level necessary to meet the Paris Agreement’s target of a 1.5°C total increase.

Current efforts to tackle the threat

Climate experts also broadly agree that the Paris Agreement by itself is insufficient to achieve the climate change targets it has set. Though the Agreement was legally binding, its signatory nations set their own emissions reduction targets, and there is no enforcement mechanism to ensure their adherence. A tracker designed by German non-profits Climate Analytics and NewClimate Institute estimates that current climate change policies would result in a 2.9°C rise by 2100, or 2.6°C should all governments fully enact the pledges that they have made so far under the Agreement.

The progress made by individual nations in regards to climate change is predictably sporadic. In the US, the Supreme Court holds that the EPA has the authority and obligation to regulate greenhouse gas emissions pursuant to the Clean Air Act, yet the Supreme Court has also mostly struck down the greenhouse gas regulations that the EPA has attempted to implement in the past. The Clean Air Act itself was last amended in 1990 and is widely agreed to be unsuited to the regulation of greenhouse gases, though the current deadlock in Congress leaves either its updating or the acceptance of a more suitable bill a matter of speculation.

Meanwhile, member states of the EU officially adopted the European Green Deal project on 14 July, introducing a raft of policies aimed at reducing carbon emissions by 55% as of 2030 and achieving net-zero emissions by 2050 through the use of roughly €1 trillion of investments. The Green Deal focuses on encouraging businesses to adopt sustainability measures, but also includes a bundle of further initiatives such as the European Climate Law, enshrining the bloc’s 2050 net-zero emissions target among other anti-climate change measures. Though hailed as a landmark climate law, the deal has faced significant political opposition on the grounds that it was not ambitious enough to tackle the threat of climate change.

The significance of litigation

On the subject of emerging climate change legislation, Sylvie Gallage-Alwis, partner at the Paris office of Signature Litigation, suggested that to focus on the relative ambitiousness of the new laws would be to miss the point.

”In my view, it is not about whether this legislative progress is enough or not. The real issue is whether the enforcement ability of authorities and Courts is appropriate,” she commented. “Incentivising and having a global approach should be encouraged as scientists insist on the fact that human behaviour is the key to our future.”

Climate-related litigation has been on the rise, with landmark cases such as Urgenda Foundation v The State of the Netherlands, a class action that forced the Dutch government to raise its emissions reduction aims. There has also been a marked increase in so-called “greenwashing” accusations.

Notably, however, studies of climate-based rulings so far have shown that the judiciary is not predisposed towards supporting climate action. One study of 534 US cases leading up to 2016 found that judges ruled in favour of stronger climate action around 40% of the time, compared to around 50% of the time internationally.

World leaders will gather in Glasgow this November for COP26, a crucial UN climate summit that has been billed as the last major opportunity to strategise a method for keeping the global average temperature increase at 1.5°C. Like the IPCC report, it is expected to build pressure on governments to provide concrete action plans for how this will be achieved.

Studies of climate-based rulings so far have shown that the judiciary is not predisposed towards supporting climate action.

It is predicted that nine years remain before the window for averting the worst consequences of climate change will be closed. We at Lawyer Monthly will continue to cover the progress of legislation to this effect as COP26 approaches and beyond into 2022.