Gianni & Origoni assisted Alperia, as well as the shareholder PVB Power in the sale of the minority share of the same company to Akuo Energy. 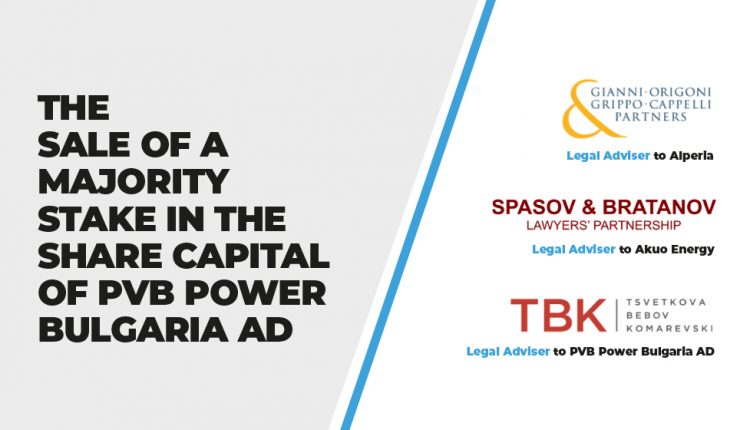 On 5 March 2021, Alperia SpA, Dolomiti Energia Holding SpA and Finest SpA sold their stakes in PVB Power Bulgaria AD – a company managing five hydroelectric power plants in Bulgaria with a capacity of approximately 15.5MW – to the French group Akuo Energy. The stakes were valued on the basis of an Enterprise Value of approximately €48 million.

Gianni & Origoni assisted Alperia, as well as the shareholder PVB Power in the sale of the minority share of the same company to Akuo Energy.

For Bulgarian law, the sellers were assisted by the Tsvetkova Bebov and Komarevski firm, led by partner Venelin Dimitrov.

Akuo Energy were represented by Spasov & Bratanov LP as to Bulgarian law with the team led by energy partner Vassil Hadjov.