Paula Rhone-Adrien, Barrister at Lamb Buildings, discusses how she overcame challenges to become a barrister. She touches on racism she has faced over the years and how she pushed through to achieve all she has today. 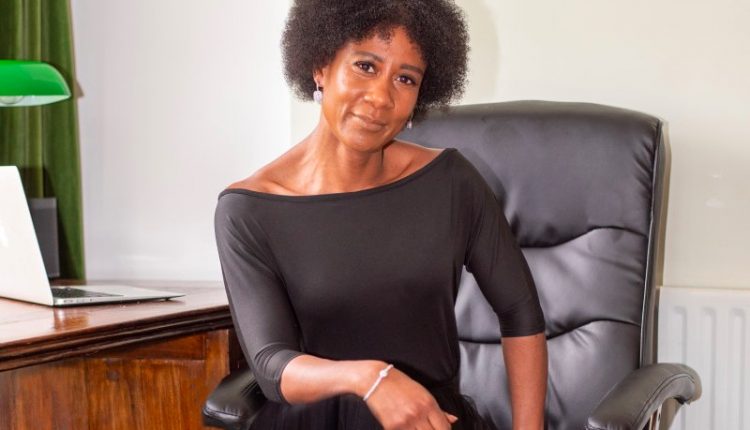 I was just four when I came to England from Jamaica and when infant school commenced, I was so excited. I loved learning and making friends and I was itching to explore my surroundings. One day I remember queuing up for lunch, and having never done so before I was a little apprehensive. When my turn came I used my very best manners to request my choice. However, the dinner lady refused to serve me until I spoke “proper English”. I didn’t understand what she meant, as I was speaking English! Confused, I just repeated my request assuming she hadn’t heard me properly. However, once again she told me that she wasn’t going to serve me until I learnt to speak properly.

By this time the queue next to me was building and I looked back at it helplessly because I didn’t know what to do. Thankfully a teacher came over and made the dinner lady serve me. It wasn’t until much later, that this incident – which had only stayed with me because of my embarrassment -, took on a new meaning.

As I went through the English education system growing up in the east end, apart from being called a ‘silly black’ once by another child, I was never really conscious of being treated less favourably on the grounds of my race. The National Front and the BNP would indeed knock on our front door, but I can’t say I ever felt threatened by them as a child, this would come much later as an adult as I was chased home by a group of men.

I had a college lecturer tell me once that the education system had failed me because I was clearly not going to become a Barrister and that at 17, I needed to wake up and realise this.

I also wasn’t brought up in a household where race was ‘allowed’ to be used as an excuse. My parents expected me to achieve my personal goals regardless of what I looked like, and in any event, coming from such a deprived area, poverty provided for a much bigger distraction.

Even so, I was determined I was going to be a Barrister. Most of my peers at the time didn’t even know what the role was and when I informed teachers at school and later in college, it was met by either a half smile heavily laden with pity or complete dismissal. I had a college lecturer tell me once that the education system had failed me because I was clearly not going to become a Barrister and that at 17, I needed to wake up and realise this. I chose to disagree, and often look back on this conversation wondering why the lecturer thought it more appropriate to advise me to give up rather than help me to achieve.

I was offered a seat at Kings College London to read Law. Unfortunately, I was unable to attend what would have been my first year, due to my father’s ill health. My parents were now going to return to the West Indies, but I wanted to stay to finish my education.

It was obvious to the city manager that the local manager had not only misled me, but also tried to block my attendance at Bar School.

The next 10 years weren’t easy. I couldn’t go to King’s because I could no longer afford to (those were the days just before student loans) and then when I did get to go to university, I spent most of my time not eating and working to pay for my travel and accommodation. Over that decade, there were times when I was homeless and I was heavily reliant on friends and family for charity, all because I refused to give up on my dream.

When I received an offer from Bar School I was overjoyed, but needed to obtain a professional loan to pay for the privilege. I applied at my local bank and would regularly see the manager who promised my application was being processed. It was a week into Bar School and the money had still not arrived some six months after the initial application. I visited a manager of the same bank in the city to explain the problem. He went to check on his system and when he returned, he was very red in the face.

In short, he explained that my local manager had not processed my application and had instead warned the central office that if one was made it should be denied, for reasons clear to the city manager that weren’t true. It was obvious to the city manager that the local manager had not only misled me, but also tried to block my attendance at Bar School. I have no idea why this stranger to me tried to do this, but I can guess.

I have been asked on two separate occasions by (white) Barristers why I was sitting in the advocates’ room when clients should be waiting outside!

I went onto overcome a number of further hurdles with the help of others who came to my rescue right at the point when I thought I could take no more. I then entered a profession where I had not been entirely welcomed: I had comments made about the suitability of my hair (it was braided at the time); I had to overcome incidences in my career where my colour was directly raised as an issue (for example being paid less or not being accepted by clients); and even this year, I have been asked on two separate occasions by (white) Barristers why I was sitting in the advocates’ room when clients should be waiting outside!

However, I have learnt that my parents were right. My colour has never stopped me from achieving my goals, the only person with the power to do that was me. When I look back at the hurdles I have overcome: homelessness, poverty, restricted access to financial support, microaggressive and overt racism, none of this has ultimately stood in my way.

You may not always see the path ahead, but that doesn’t mean your goal isn’t achievable. Opportunities will seem lost but then reappear. So now you know the decision is yours, what will you do?

In Black and White: A Young Barrister’s Story of Race and Class in a Broken Justice System – this book allows any aspiring BAME lawyer to see what it’s really like at the Bar through the eyes of a young black Barrister.