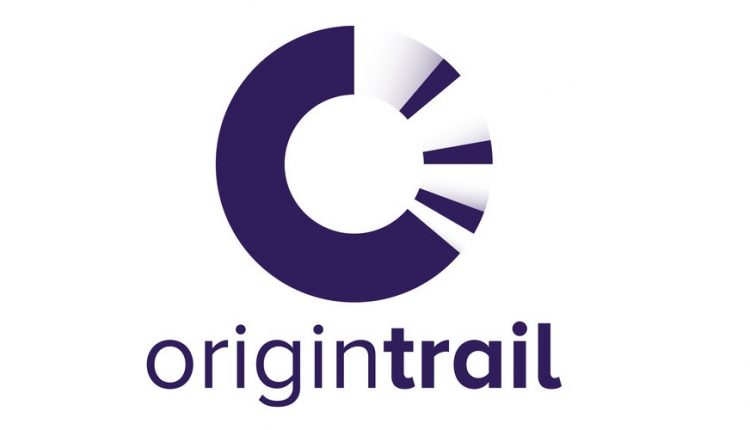 OriginTrail, a European IT company known for its traceability solutions, announced the completion of its Trace token (TRACE) sale, or initial coin offering (ICO), reaching the funding round’s hard cap of $22.5 million. The success of the ICO underscores the demand to make decentralized data exchange available to every organisation and enable mass adoption to increase trust and efficiencies within the supply chain on a global scale. By providing a technology that brings transparency to the supply chain, OriginTrail will help protect against and prevent problems exacerbated by an opaque supply chain, including food safety violations, counterfeits, sweatshops and more.

OriginTrail’s protocol is capable of connecting with any blockchain and any company IT system, creating a low adoption barrier, and stores only fingerprints of data on a blockchain. Original data is kept on a decentralized network, which enables the development of decentralized apps on top of it. Digital tokens, called Trace tokens, are utility tokens to be used while interacting with the OriginTrail Decentralized Network (ODN) and will function to store data to the protocol or read from it.

How does this transaction shape the future of the blockchain industry?

If we are talking about the blockchain industry in general, OriginTrail is a sample of how blockchain technology shall be applied in the start-up environment. Namely, as a solution to existing challenges on a subject market and hence not existing for its own purpose and waiting for problems it can potentially solve. That being said, if we turn solely to the ICO scene, only companies with a proven track record on the relevant market, knowing its painful spots, should primarily be the ones performing ICOs and OriginTrail is definitively setting a good example of such a company.

OriginTrail is setting the bar for future ICOs pretty high. Sadly, we are witnessing a number of projects without any content and driven only by individuals exploiting sometimes good teams for a quick pay check, rather than guiding them in their way of becoming good businessmen tend to skip some steps in the journey with help of ICOs.

Jan, how did your knowledge in IP help you overcome any presented challenges when advising on this transaction?

Well, as you know, most ICO projects are open source, which does not necessarily mean that there are less IP related questions, maybe even the opposite. Already when doing the corporate structure and contractual relations between the companies cooperating in the ICO identifying relevant IP is a huge challenge, followed by knowing what and how to define the content of such contracts so it does not interfere with the (currently) sui generis state of blockchain. But more than that, my career path helps me on the “human” part of the business; working closely with IP in modern technology companies makes it easier to understand the technical part of the issues and makes one a better person to talk to in relation to blockchain developers and understand the content of product, which is surely the core part of the whole legal structure of the ICO. Our corporate guys do not speak the same language, so makes me a good “translator”. Furthermore, there are several intellectual property related questions ICOs are not addressing at all, which can or most probably will cause substantial problems in near future.

Miha, you have worked on many demanding legal projects in the past; how demanding was this project in comparison?

Definitively as demanding as it gets. First of all, many businessmen performing ICOs were not actively involved in business management before, so they are set to a different mode. A mode not paying too much attention to legal risks, compliance etc., so being a lawyer in such environment makes one not the favourite person, since you have to problematise on many levels. But we like that and know what approach to take. The biggest issue is helping all relevant players you depend on to understand the new business and your project and trying to apply the unclear regulation as safely as possible to your case. Furthermore, everything is happening so quick that one hardly has the time to be on track with all relevant opinions, changes in how state bodies treat ICOs, and at the same time, reviewing each and every word in almost each legal document or any other relevant type of communication in the ICO. Long story short, our senior partner used a good example, which gives a perfect reply to your question: if we call typical demanding legal projects a boxing fight, ICOs are a kind of a free fight challenge.

What problems did you both come across where you had to think creatively to solve?

Well, most problems are connected to the discrepancy between the understanding of ICOs and the related technology on the side of the team working on the project and on the other side the low understanding on part of regulatory bodies, banks, etc. But that is not specific only to ICOs. So, maybe the part requesting most creativity is being compliant with relevant laws in a way you do not cause a too big drop on the backers´ side. They do not like to sign contracts, provide information, have too many KYC/AML measures; it is a special type of environment, but on the other part as risky as it gets. So we, the lawyers, would love to have a mountain of legal documents and measures to manage the risks, but they really cut our wings here. What also took a huge pile of learning  and creativity is how to lead the legal part of the project in a really noisy environment. It became normal to have debates about the boring legal stuff on telegram for example, where more thousand people have eyes on every tricky question. Sometimes you did not resolve an issue yet, and it is an issue, then you have to deliver a reply, but they are a tough audience, and not easy to please.

How complex was the due diligence in this transaction; what steps did you take to overcome such complexity?

The process and tactics is same as in any other due diligence procedure, with one big difference, you have to make reviews of relevant regulation on a daily basis. So, focus must be on perfect cooperation between all members of the team. There is no clear distinction between the tasks of each person and you have to understand the core parts of the work of each member of the team. For example, if I change a part in the legal definition of the token due to some security related questions that changes what the token will be treated as in accordance with the accounting standards, it will surely make a difference on the applicable taxes to such a token. And each of these areas is fluid, changing rapidly, which is not the case in a typical due diligence procedure, where we have more predictability. The latter is below zero in ICO procedures.

What else are you both planning to see in the legal world in Slovenia?

Slovenia is a good environment for new technologies and regulatory unclear areas. We are really small and everybody knows everybody, which makes the communication easier and legal risks surely easier to manage. I hope we take advantage of that. Currently there are some organisations trying to make some helpful steps. However, the problem is always the same: people being really good in practice and execution do not have the time to work on the theoretical level and vice versa. So, I hope we manage to establish good communication between both parts. But, I expect that to be managed. In the future there will be many good projects in Slovenia. The problem currently is that many projects said to be Slovenian, but only the teams are Slovenian, the ICO is being performed under different laws. I do not like that. But it will change slowly, there only need to be some good examples set and others will follow.