The gaming industry in Canada has brought significant revenue to the provinces and created thousands of jobs, often on foundations created by the country’s Indigenous peoples. 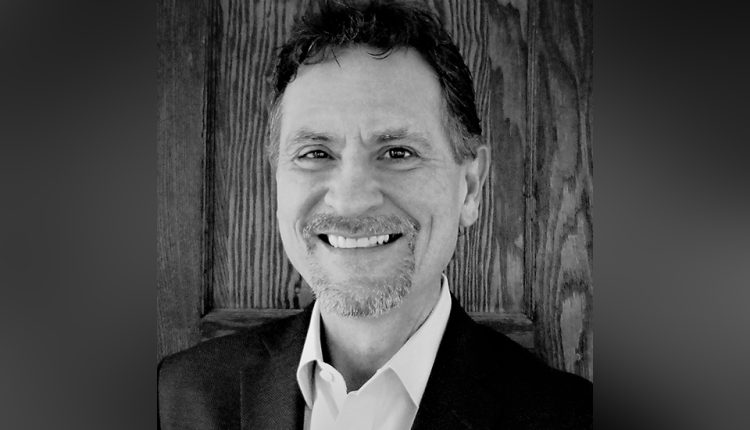 In this article we hear from Murray Marshall, legal counsel of the Kahnawà:ke Gaming Commission, as he delves into the shared history of Indigenous peoples and Canadian gaming law and provides a glimpse of how this fascinating sector of law may change further in years to come.

To provide a background for this conversation, could you please give a broad overview of the regulations governing gaming in Canada and how these intersect with the concept of aboriginal rights?

Historically, the government of Canada controlled gaming under its criminal law powers. Gaming was generally prohibited, with the exception of certain charitable events and lotteries offered by the federal and provincial governments.

That changed in 1985 when, as the result of an agreement (the ‘1985 agreement’) reached between the federal and provincial governments, the Criminal Code of Canada (the ‘Criminal Code’) was amended to allow the provinces to conduct and manage a wide variety of gaming activities within their respective borders. The government of Canada reserved the right to control horse racing. As consideration for the 1985 agreement, the provinces agreed to pay the government of Canada CAD$100,000,000.

Since 1985, every Canadian province has built its own gaming industry – both terrestrial and online – regulated by agencies established for that purpose.

The 1985 agreement was a pivotal moment for Canada’s Indigenous peoples and their role in the gaming industry. Although Canada’s constitution had been amended in 1982 to “recognize and affirm” existing treaty and aboriginal rights, Indigenous peoples were not consulted in the context of the 1985 agreement and their rights and interests were not considered in the resulting amendments to the Criminal Code. It should also be noted that in 1985, tribal gaming in the United States was in its ascendancy, providing significant economic benefits to tribal communities in Florida and California.

Since 1985, every Canadian province has built its own gaming industry – both terrestrial and online – regulated by agencies established for that purpose.

Most Indigenous communities in Canada have been successful in entering into agreements with the provinces in which they are located to share gaming revenues. As each agreement is unique to a particular province and the Indigenous peoples in that province, it has therefore resulted in an uneven patchwork across Canada. Notably, Québec is the only province that has consistently refused to enter into an agreement to share its gaming revenues with Indigenous peoples.

Kahnawà:ke is one of the few Indigenous communities that decided to build a gaming jurisdiction on the strength of its own Indigenous jurisdiction. In fact, given that it is located within the province of Québec, Kahnawà:ke had no alternative available to it.

In 1996, the Mohawk Council of Kahnawà:ke (the ‘MCK’) enacted the Kahnawà:ke Gaming Law, which, among other things, established and empowered the Kahnawà:ke Gaming Commission KGC. In 1999, the KGC enacted its ‘Regulations concerning Interactive Gaming’ and began licensing and regulating third-party online gaming operators. All operators licensed by the KGC were (and are) required to be hosted at MIT, an ISP/DC located within Kahnawà:ke. MIT is owned by the MCK and managed by Continent 8 Technologies plc.

Kahnawà:ke’s online gaming industry grew rapidly. In 2005, a report issued by Desjardins Securities estimated that “Over one fifth of the top 500 online casinos have their sites based in this jurisdiction”. In and around 2007, four land-based poker rooms opened in Kahnawà:ke, each licensed and regulated by the KGC. With 75 tables, Playground Poker is home to some of the largest poker events in Canada. More recently, Kahnawà:ke’s terrestrial gaming industry has been supplemented by over 1,000 electronic gaming devices.

Over the past 25 years, Kahnawá:ke has successfully filled the vacuum created by Québec’s refusal to share any part of the province’s gaming industry with Indigenous peoples. Rather than be shut out, Kahnawá:ke has built its own successful, well-regulated online and terrestrial gaming industry, which has generated significant revenue for the community and created hundreds of jobs for residents of Kahnawá:ke and surrounding communities.

Kahnawà:ke’s jurisdiction to conduct, facilitate and regulate gaming has never been challenged by any governmental agency.

In April 2021, referencing the 1985 agreement, David Lametti, Minister of Justice and Attorney General of Canada, sent an open letter to all Indigenous nations, communities and organisations, seeking their views on the “participation of Indigenous peoples in the gaming industry and the regulation of that industry across Canada”. The consultations referenced in Minister Lametti’s letter have yet to occur.

What are the key advantages for an online gaming operator to locate in Kahnawà:ke?

Kahnawà:ke is one of the oldest and most reputable online gaming jurisdictions in the world. The KGC has created a robust and well-respected gaming environment that gives players confidence that they can trust sites licensed by the KGC. The KGC’s licensing process is thorough but sensitive to operators’ budgets and timelines. Once licensed by the KGC, operators have access to the state-of-the-art facilities offered by MIT.

As an Indigenous jurisdiction, Kahnawà:ke charges no tax on the operations of KGC licensees.

Located 20 minutes from Montréal, operators located in Kahnawà:ke have easy access to the human and technological resources available in a large cosmopolitan, bilingual city.

Do you expect to see any major regulatory or case law developments in the Canadian gaming space in the coming year?

In Canada, all eyes are presently on Ontario and its recent iGaming initiative. As Canada’s most populous province, Ontario makes up approximately 50% of the Canadian online gaming market. On 4 April 2022, iGaming Ontario (‘iGO’) was officially launched, but not without some controversy.

Historically, all gaming services in Ontario were provided through the Ontario Lottery and Gaming Corporation (‘OLG’). The OLG is owned and operated by the province of Ontario, following the same model established in all other provinces. There has never been any doubt that OLG’s operations fall squarely within the requirements of paragraph 207(1)(a) of the Criminal Code – that “it is lawful…for the government of a province…to conduct and manage a lottery scheme in that province…”

However, with iGO, Ontario has charted a dramatically different course – and by doing so created potential legal ambiguities.

Where Are We at with Online Gaming Laws in 2019?

iGO is a subsidiary of the Alcohol and Gaming Commission of Ontario (‘AGCO’). The AGCO is the gaming licensing and regulatory body for the province of Ontario. Rather than ‘conducting and managing’ online gaming operations directly, the iGO will enter into agreements with private third-party online gaming operators. These operators will, in turn, be ‘registered‘ by AGCO.

In a report entitled ‘Internet Gaming in Ontario’ dated December 2021, the Office of the Auditor General of Ontario cautioned: “The Ontario Government’s new Internet gaming model is similar to the licensing model adopted in other countries around the world. However, Ontario’s proposed model is unique in the Canadian context and may be open to legal challenge under Canada’s Criminal Code”. Other legal commentators have made similar observations. It is possible that Ontario’s iGaming scheme will be subjected to a judicial litmus test, the outcome of which is likely to determine the future course of iGaming in other provinces.

Murray Marshall has been a practicing Canadian lawyer for over 34 years and has been called to the bar in Alberta, Québec and Ontario. Murray’s practice has always focused on issues of concern to Indigenous peoples, and he has acted for various Indigenous businesses, governmental entities and individuals. He has advocated on behalf of his clients at every level of court in Alberta, the Federal Court of Canada and the Supreme Court of Canada.