As an alternative to litigation, arbitration is seeing renewed interest from organisations both in the UK and abroad. There has also been a groundswell of young lawyers looking to specialise in this side of ADR as it rises in popularity. 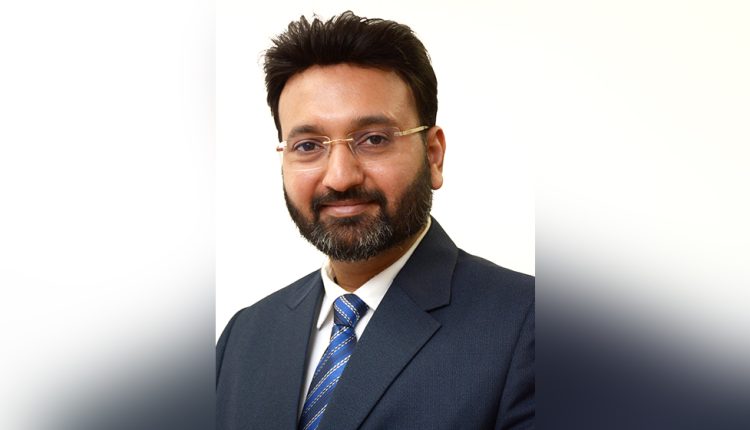 International arbitrator Ish Jain offers his own insights on the sector in this article, discussing his own professional journey, the growth of the sector and the areas where there is still room for development, from aviation to space law.

How did your interest in arbitration and your career as an arbitrator begin? Were there any significant challenges that you had to overcome when you chose this career path?

I have been in the field of arbitration for the past 15 years. My interest in taking up arbitration as a career date’s back to the period of 2004 to 2009, when I started as a research assistant to a retired judge of the Bombay High Court who practiced as an arbitrator. This initial interest was further cemented whilst pursuing LL.M. from the Queen Mary University of London, where I formally studied International Arbitration under the guidance of Stavros Brekoulakis. This is where I took it upon myself to make a career in this field.

In terms of any challenges, I would not say that it is a challenge exactly, but it is the complexity that arises when you are an arbitrator that makes a difference. For instance, in each proceeding, an arbitrator is required to essentially start from stage one again. Every case involves a distinctive mashup of various factual and legal concerns, subject matter know-how, jurisdictions, procedural norms, applicable laws, lawyers, co-arbitrators and other factors. However, this complexity and variety is also one of the reasons why I enjoy the field of arbitration and its challenges.

How do you see the UK arbitration model developing over the next five years or so?

With strong statutory support in the shape of the English Arbitration Act 1996 and its recent amendments, London is one of the most well-known and frequently utilised jurisdictions or seats for international arbitration. In their interpretation of the Act, the English courts have adopted a non-interventionist strategy that is usually viewed as ‘arbitration-friendly’. For instance, London is frequently regarded as the obvious location where English law will apply to a contract.

In addition, London, which is also home to well-known arbitration organisations like the LCIA (London Court of International Arbitration) and CIArb (Chartered Institute of Arbitrators), has a sizeable pool of knowledgeable arbitrators, attorneys and experts. The developments in the coming year that we can anticipate are the inclusion of further provisions on the expedition and early determination of issues, virtual hearings and electronic communications, data security and regulatory compliance. With these trends, the popularity of both London and the LCIA will continue to thrive among arbitrating parties.

It is the complexity that arises when you are an arbitrator that makes a difference.

How legitimate is the criticism in the framework of due process in international arbitration, which has recently focused on the question of the impartiality of party-nominated arbitrators? Could you also provide some insight into the discussions and considerations that go into the selection of an arbitrator in domestic and international arbitrations?

I believe there is an emerging emphasis on the impartiality of party-nominated arbitrators and a fair amount of criticism as well. The ‘independence and impartiality’ with respect to the conduct of international arbitrators is clearly reflected in the UNCITRAL Arbitration Rules, 2021. Arbitrators are mandated to declare their independence and impartiality in a dispute, and they can be challenged thereto if the contrary can be proved. There is a restriction on the nationality of the arbitrator being analogous to that of the party nominating the arbitrator. This is intended to pre-empt any state-sponsored or national bias that may creep into the arbitral proceedings.

Further, preliminary technical knowledge is paramount, especially in cases concerning arbitral disputes in sports, aviation, technology and space, maritime, the arts, etc. Effective safeguards may prevent national prejudice but an arbitral award wanting technical knowledge is rarely red-flagged, as the appointed arbitrators are presumed to have known the nuances of the matter. I propose that instead of determining a model clause that may function as a filter for a probable arbitrator in a potential dispute, the name of the specific arbitral institution itself may be proposed in the arbitral agreements or clauses. This, at the very least, provides a clear picture of the appointment procedure and may even expedite the same.

You have completed your Advance LLM in Air and Space Law from Leiden University. What are some major emerging legal challenges in this field, and do you see a growth in terms of arbitration matters in these sectors?

Even though I created a comprehensive law practice in real estate, arbitration, technology and corporate and commercial law, soon afterwards, I was also exposed to the aviation industry while assisting my clients with arbitration cases, and therefore to further cement it I pursued my LLM in Air and Space Law from Leiden University. While deep-diving into the subject and working on the practical aspects, I found a few interesting challenges that still need to be addressed.

First among these is ascertaining fault liability. In the case of collisions in outer space by space objects belonging to two respective states, identifying fault is mostly approached by analysing “the most reasonable steps that could have been taken to avoid the collision but were not”. However, in the case of space debris, ascertaining the same to a state is cumbersome and sometimes near impossible, and thus fault is compromised. Despite several guidelines being issued regarding space debris mitigation, none are internationally binding and none address the effective resolution process under arbitration. With the advent of private players in outer space exploration or otherwise, arbitration as a means of dispute settlement is bound to arise. This is especially true since state parties themselves rarely take recourse to the international space treaties for dispute settlement.

Effective safeguards may prevent national prejudice but an arbitral award wanting technical knowledge is rarely red-flagged, as the appointed arbitrators are presumed to have known the nuances of the matter.

Second is the ownership of space resources. Outer space is the common heritage of mankind. While sound in principle, the age of space mining and space resource exploration is not far away. How commercialisation of these resources is to be governed and to what extent a state can exploit such resources still has yet to be addressed. To avoid a non-equitable distribution of such resources, arbitration will have to tackle an imbalance of bargaining powers between the states that exploit space resources and those that do not.

Further, most cases involving air traffic controller (ATC) liability in aviation accidents require a well-defined body of literature that can be considered as a binding precedent. Much is left to common law interpretation, with each nation adopting a pro-airline, pro-ATC, or pro-passenger stance. Given the wide spectrum of interpretation, arbitration is likely to grow in such cases. On the other hand, initiatives such as the establishment of The Hague Court of Arbitration for Aviation shows promise for a quick, equitable, flexible and conclusive form of binding dispute resolution.

Arguments that are usually forwarded in these cases are the terms of the arbitration agreement, the grounds for the tribunal’s jurisdiction, the law governing the seat of the arbitration, and the laws that apply to the merits and the procedure, among others. However, I believe the finality of a strong arbitration award lies in the craftsmanship of the arbitrator. At the risk of repeating myself, the arbitrator needs to be both legally skilled and technically aware so that the award may deal with the evidence with enough gravitas to frustrate any challenge to the award. Furthermore, there are plenty of precedents to guide arbitrators – especially international arbitrators – to ensure that the likelihood of an appeal is minimal.

Moreover, what is particularly seen in international awards is the need to curb racial bias or national prejudices. The presence of either immediately leaves room for appeal, thus nullifying the finality of the award. In a similar vein, costs of the arbitration need to be borne equally by the parties or their charges need to be so equitably structured that claims of limited bargaining power may not be made by the parties. Furthermore, language is paramount in the interpretation of arbitral awards. A lot may be lost in translation and thus agreements on a neutral language are preferred to restrict allegations of linguistic bias or prejudice. This is coupled with the obvious prescription that the language employed should be concise and clear.

The Family Arbitration Scheme – The Future of Family Justice? A Career of Excellence in the Property Sector

Other points that may be deemed technical but nevertheless merit mention include: the seat of the arbitration, applicable law to merit and procedure, and the jurisdiction and scope of the arbitration. These must be noted and reasoned in the award.

Could you give some insights as to the most important things someone should do to start as a lawyer in arbitration? What advice or message do you have for anyone looking to enter this field?

In the last couple of years, the trend with respect to arbitration has changed. Law students and young lawyers are now far more likely to decide that they want to specialise in arbitration. When I look back to the time when I started my career in arbitration, the opportunities were fewer compared with those I see today.

However, I always reiterate to all the younger generation that, to have a successful career in arbitration, one must always make sure to treat small, less exciting assignments with the same consideration as larger, more exciting ones. Hard work is definitely a pre-condition, but is not enough on its own. Participating in moot courts around the globe and going to annual arbitration conferences and lectures are further opportunities that one can explore.

My message to anyone who is looking to enter the field of arbitration is that there is no substitute for merit and perseverance. It goes without saying that the ideal mix is hard work combined with smart work. Further, today’s young aspirants have so many opportunities and they should definitely bag them.

Ish Jain is an international arbitrator, in addition to his role as senior partner at Regius Legal LLP. He possesses a wealth of experience in alternative dispute resolution and has been empanelled as an arbitrator by the 23 arbitration institutions in Asia, the Middle East and the UK, as well as four Indian courts. His areas of specialisation range across many areas of law, including aviation and space law, technology, commercial, real estate and construction, intellectual property.