The Caterpillar-Imr Agreement on the Jesi Plant

Baker McKenzie assisted Caterpillar in the reindustrialisation of its manufacturing plant in Jesi, Italy through the settling of a definitive trade union agreement. 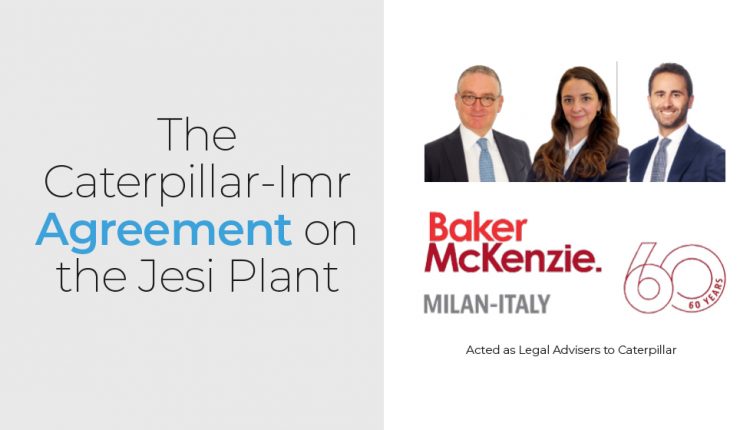 The agreement will guarantee the continuity of employment and production at the Jesi plant, acquired by Imr Industriale Sud.

The deal comes five months after the announced closure of the Jesi industrial plant by its American multinational owner and the establishment of a crisis unit at the Ministry of Economic Development (MISE). The trade union agreement allows for the reindustrialisation of the site by transferring a greater majority of employees to the new group, averting a collective dismissal. It follows several months of negotiations with national and local governments and trade unions.

DealsM & A
By Lawyer Monthly On Jun 30, 2022 0
0
Share FacebookTwitterGoogle+EmailPinterestLinkedinTumblr