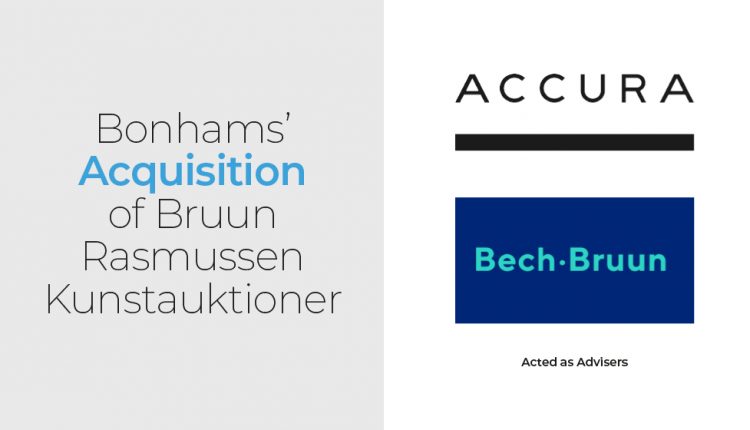 The financial terms of the transaction were not disclosed.

First established in Copenhagen in 1948 by Arne Bruun Rasmussen, Bruun Rasmussen Kunstauktioner is a leading Scandinavian auction house that conducts live auctions in Copenhagen and online. The auctioneers sell more than 75,000 lots each year in a broad range of categories, including furniture, paintings, books, arms, armour, coins and stamps. The auction house is also the subject of Danish documentary television series Auktionshuset, which has been running since 2013.

Founded in London in 1793, Bonhams is one of the world’s foremost auctioneers of collectables, fine art, motor cars and jewellery. The auction house network was acquired by UK private equity firm Epiris in September 2018 and has since seen a significant influx of digital, marketing and new hire investment. Bonhams maintains flagship salerooms in London, Paris, New York, Los Angeles and Hong Kong, with additional sales outlets in Sydney and Edinburgh. In 2022 Bonhams will hold more than 400 specialist sales across 53 different categories.

Accura advised shareholder and member of the board of directors Frederik Bruun Rasmussen in all stages of the transaction. Bech-Bruun also assisted the seller.

DealsM & A
By Lawyer Monthly On May 31, 2022 0
0
Share FacebookTwitterGoogle+EmailPinterestLinkedinTumblr