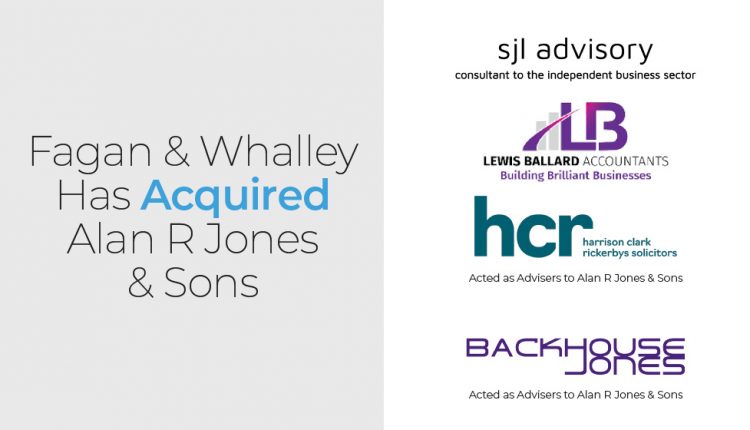 SJL Advisory provided guidance to Alan R Jones & Sons on the deal, with Stuart Laight leading the acquisition process. “The support and guidance received from SJL Advisory were exceptional,” said Ray Clegg, previous managing director and major shareholder at Alan R Jones. “We were mentored through the whole process from start to finish with pragmatic calm and clear guidance at every turn. I would strongly recommend the service provided by SJL Advisory to anyone considering their options or simply looking for strong mentoring and support.”

Michele Goddard, previous finance director at Alan R Jones, commented: “This entire process was new to us and SJL Advisory’s professionalism and guidance was well worth the investment. The knowledge and skills that Stuart brought were invaluable to the sale of the business.”

DealsM & A
By Lawyer Monthly On Apr 29, 2022 0
0
Share FacebookTwitterGoogle+EmailPinterestLinkedinTumblr