How to Mediate Amid a Power Imbalance

Though mediation is intended to provide a neutral, fair environment for the resolution of disputes, it often does not begin as a level playing field. One party may hold a significant advantage in terms of finances, legal advice or more personal factors. It is the job of a competent mediator to address this imbalance, as Ann D Carey explains here with some invaluable advice for ADR specialists. 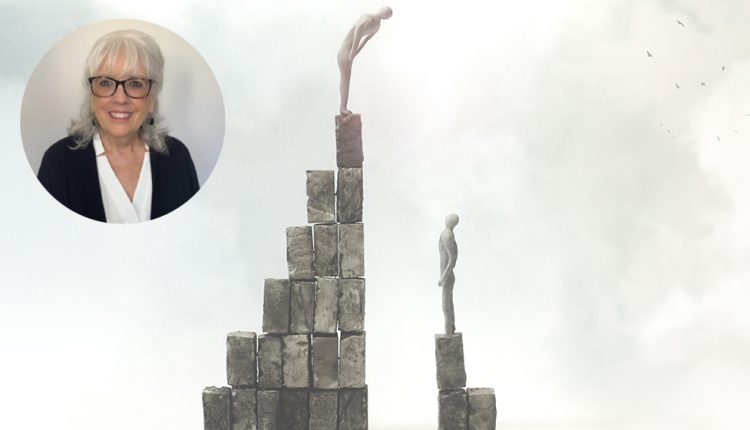 Conflict exists on every avenue, playground and street corner of our lives. Issues of conflict are endless. It may present itself as a clash of ideas, opinions and principles, a prenuptial agreement or a prolonged commercial litigation battle. When the conflict reaches the level of needing third-party intervention, mediation provides a forum in which the parties come together and negotiate an equitable, fair and reasonable solution to the issues. The mediator facilitates and guides the process through the troubled waters and eventually the parties craft an agreement they have created themselves and are therefore more likely to honour. This is mediation at its core!

The value of good-faith mediation

When all parties stand on relatively equal footing, regardless of the issues in conflict, mediation works seamlessly. The complexion of the process changes when power imbalances exist. In the midst of conflict, power struggles tend to take on a life of their own. Litigated or mediated issues are as diverse as our personalities. They may be marital, business, commercial, religious or social. The friction in these relationship imbalances cause mild earthquakes. They are survivable but one must be prepared. Power imbalances may be physical, emotional, sexual, racial, financial, positional, religious, political or intellectual.

This brief essay does not address global or universal power imbalances in mediation. Each country is unique and diverse in its approach to conflict and power structures, applying its own cultural rules, regulations and systems of justice. In the United States and countries with similar judicial systems, mediators ought never to assume equality between contending parties. Personally, I have experienced mediations in which one party comes to the table as if they were walking into a gladiatorial arena. The mindset is ‘death to the opposition’. Use whatever weapons are available. No compromise. No prisoners.

When all parties stand on relatively equal footing, regardless of the issues in conflict, mediation works seamlessly. The complexion of the process changes when power imbalances exist.

I wondered about this gladiatorial strategy when a case that had been litigated in the courts for more than ten years finally came to the mediation table. The previous costs to each party were an enormous investment of time, emotion, multiple court trials and hearings, and hundreds of thousands of dollars. It gave me anxiety just looking at the volumes of paperwork and briefings. Nearly a dozen men were at the table. I was the only woman in the room.

The dispute resolved after mediating for approximately seven hours. After the agreement was reached, an attorney approached me privately. He told me the matter had finally settled because I was present. Why? Did the battle strategy change because a woman was present? Honestly, I do not know.

In my personal opinion, the imbalance of power in the room shifted when the defendant spoke his heart on the issues for the first time in 10 years. Previously, his attorney controlled the process. Attorneys, use your best judgment, but give your client the freedom to be heard.

Financial power is a major threat when used to crush the disadvantaged. Proceeding immediately to arbitration is an option to mitigate this imbalance. This reduces the expense of depositions, constant delay tactics, briefings and more. Also, when one party is outnumbered, male and female co-mediators provide a positive balance.

Power imbalances change the complexion of the process. Power can ease the tensions or complicate the resolution. The weapons used to wield power vary depending on societal or cultural backgrounds, the simplicity or complexity of the issues, and what is at risk of being won or lost. The more significant the potential loss, or one party’s ‘need’ to win, the greater the threat of inequality and an unbalanced resolution. Mediators listen, observe and manage the imbalances according to the threat level.

Breach of contract and commercial issues may be mediated after proper evaluation of the unique risks and opportunities. In my experience, the option has always been med/arb. If mediation fails, move on to arbitration. When commercial issues reach the international level and there is an evident power imbalance, in my opinion, mediation is not the best conflict resolution forum. The UNCITRAL Model Law on International Commercial Arbitration (1985) provides a sophisticated forum for addressing commercial arbitration in which to resolve business disputes on a global level. On the level of a world forum, experienced, qualified, well-informed negotiators or arbitrators are the best option.

Financial power is a major threat when used to crush the disadvantaged.

When undertaking a legal role as a lawyer or arbitrator in another jurisdiction, verify that you are in compliance with the applicable jurisdictional rules as well as those under which you are licensed. The risk of ignoring this detail may constitute the unauthorised practice of law under your home jurisdiction and/or a violation of the rules of the host jurisdiction. If in fact you are undertaking the legal representation of a party in any form of alternative dispute resolution (ADR), it is always wise to be familiar with the laws and ethics of the relevant jurisdiction and check the ABA Model Rule 5.5.

As mediators, in light of power imbalances, we strive to provide an even-handed process and equality between the parties. Being informed of potential power struggles requires information, awareness, and sensitivity to the ability of one party to intimidate, coerce, control, threaten or silence the other. Best practices dictate, at a minimum, advance questionnaires or screening for abusive behaviours or physical, emotional, spiritual or financial control of one party over the other. Look for psychological disorders, bankruptcy, unemployment, history of violence, retraining orders and weapons. Look for any facts that have contributed to the rift between the parties.

Employment claims tend to be especially rife with power imbalances that must be taken into consideration. The employer almost always has a financial advantage and a stable of in-house and local lawyers to come to overpower the employee. Often, the employee is left to self-protect even after losing the position or office. Even when a union is involved, sometimes it helps facilitate the discussions with the employee and sometimes it simply complicates the matter. I have experienced a long list of challenges in this area and would recommend plaintiffs choose a lawyer who is experienced and dedicated to fight for justice. A mediation or arbitration is a good choice in these cases; it reduces the gladiatorial games.

As mediators, in light of power imbalances, we strive to provide an even-handed process and equality between the parties.

Identifying and mitigating a power imbalance

When interviewing or questioning someone, try to identify potential triggers. During mediation in closed sessions, ask questions that will gather important and significant information. Do not ignore risk indicators or expressed fears. A party may suffer PTSD and react strongly under certain conditions.

We all ought to be trauma-informed, perceptive listeners. If we fail to be reasonably informed and evaluate the potential challenges, the harm to the receiving party may be irreparable. Depending on the issues, sometimes men and women listen on a different wavelength. During a conflict, a woman’s presence may offer a sense of comfort and security to a female party seated at a table of all men. I have observed this in both business and religious venues.

When a possible power imbalance is identified, be smart! Calculate the potential risks. Is there danger of physical, emotional or financial harm? Co-mediation is an option to provide a balance to the parties. At times, men and women make different observations about behaviours that may be important. Create a management and safety plan appropriate to quash any unfair treatment against the disadvantaged party. Think it through. Would it be safer or provide a better result for the disadvantaged party to seek justice through the court system? If so, make that recommendation and provide options to consider for security. The goal ought to be equal treatment and a fair, reasoned and balanced result. What is best for the parties.

ADR offers an amazing opportunity for civil litigants to have a voice in their own settlement of the dispute. Personally, I have had judges call me and ask me to “get this case off my desk!” One of these particular cases was a medical malpractice dispute filled with drama. The fear that the complainant carried around was greatly minimised when we entered into ADR. Most of her angst and fight strategies were driven by her fear of the power imbalance in the room. She used her anger to appear stronger in an effort to defend her position. She wanted validation; what happened to her was important. I listened, and I questioned her gently. At the same time, by asking pointed questions that redirected her thinking, I was able to challenge a few of her accusations. In the end, the parties reached a settlement in mediation. Truly, I believe it was simply because I listened to her pain and anguish over the events.

In conclusion, it is incumbent upon us to evaluate the best options for protecting a disadvantaged party. When the dispute resolution forum or tribunal provides a measure of physical and emotional safety and security, it creates a remarkable opportunity for a fair and just resolution to the conflict. That is our goal.

Delphi Dispute Resolution (DDR) was founded by judges who know the value that neutrals can bring to a matter and the challenges that courts face. The DDR team includes former judges and prominent attorneys specialised in bringing prompt resolutions to even the most difficult cases. DDR brings decades of judicial and litigation experience to assist with disputes.