When is the Use of Force Appropriate?

The use of force is often employed by law enforcement officers and military personnel, and is often a focal point of a criminal case. But what is and is not an acceptable use of force according to the law? 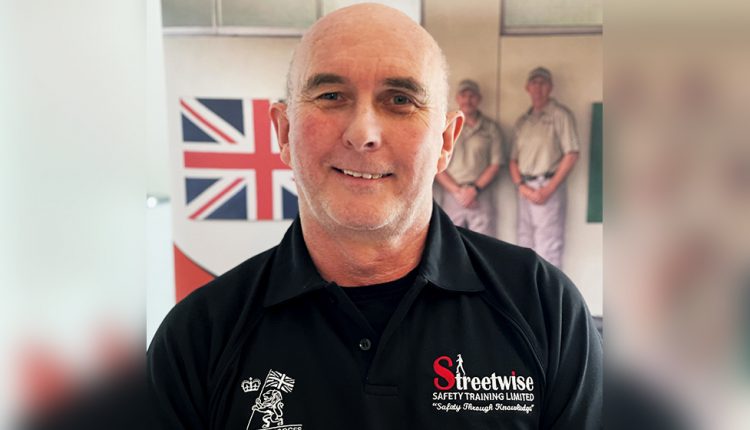 We hear from Martyn Bowie, director of Streetwise Safety Training and a use-of-force expert witness, on the laws that govern the use of force in the UK and the friction between these laws and real-world events.

In brief, what laws govern the use of force in the UK?

The current laws that govern the use of force are as follows:

Common Law. Any force used is unlawful unless it is used to:

Sect 3 Criminal Law Act 1967. This is used to determine if the amount of force used was “reasonable” in the circumstances. This can be broken down further, as a person’s actions would have to be seen as “proportionate and necessary”. Having attended and given evidence as an expert witness in court, those two words are often debated at some length.

Section 76 Criminal Justice and Immigration Act 2008. This law was introduced to try and bring together the human factor in relation to the use of force. However, in its usual way, the judicial language used can be difficult to put into language that people understand. In essence, the Act provides clarification of the operation of the existing common law and statutory defences. It neither abolishes the common law and statutory defences, nor does it change the current test that allows the use of reasonable force.

There are two things that should be considered when deciding whether the force used was reasonable. These are adopted from existing case law.

In essence, the Act provides clarification of the operation of the existing common law and statutory defences.

The words of Lord Morris in (Palmer v R [1971] AC 814) emphasise the difficulties often facing someone confronted by an intruder or defending himself against attack: “If there has been an attack so that defence is reasonably necessary, it will be recognised that a person defending himself cannot weigh to a nicety the exact measure of his defensive action. If the jury thought that in a moment of unexpected anguish a person attacked had only done what he honestly and instinctively thought necessary that would be the most potent evidence that only reasonable defensive action had been taken”.

Under certain circumstances, another law applies:

Police and Criminal Evidence Act 1984. These powers relate to warranted officers only when conducting certain activities under PACE, such as stop and search, fingerprints, taking of DNA and search powers whilst in custody (England & Wales only).

What is the National Decision Model and what is its relevance to policing?

The National Decision Model was introduced to update the conflict resolution model, which emergency services and a wider range of companies now use to assess the risk when dealing with incidents. This model also allows those who have been involved in an incident to review their actions and decisions in a logical order and help them with report or statement writing or, indeed, giving evidence. This model also provides further information on subject profile behaviour as well as impact factors that will affect the way in which individuals would deal with an incident and those involved.

Are there some areas of decision-making where the Model does not offer entirely sufficient guidance?

The model itself is designed for any incident where action is taken to deal with an event. As with all models, it provides limited guidance. The actions of those involved will always be different, as we all deal with events in our own way due to numerous factors – some of which the National Decision Model highlights, but a lot of which it does not.

What common tensions arise when use-of-force laws and the National Decision Model are applied in a real-world setting?

Some of the most common tensions when any use of force is questioned are those of a person’s actions. We are all different and, as discussed earlier, will all deal with an event in our own way.

A lot of this is due to our personal perceptions based around the individuals we are dealing with. These are commonly known as impact factors. To a certain extent, they will dictate how we will respond and act, working at the same time are our own personal experiences which shape us as individuals. There is also the “chemical cocktail” which the body uses when we are under a perceived threat or are in danger; this cannot be controlled and is commonly referred to as the “fight or flight” effect. These responses are the real-world actions of someone dealing with an event.

We are all different and, as discussed earlier, will all deal with an event in our own way.

What are impact factors, and how do they affect a person’s decision-making during a confrontation?

Impact factors affect everyone who is dealing with an event. The National Decision Model shows several of these impact factors, but there are many more. These factors influence how we as individuals weigh up our own options when dealing with a traumatic event and revolves around both what we see and our own psychology. These together will always affect how we deal with individuals. Some common impact factors include drink and drugs, weapons, numbers, gender, environmental factors, age and skill level (if known). There are many others. All of these will affect a person’s decision-making ability.

How are important facts about an incident sometimes omitted in police reports, and how can this affect a case?

Through years of training and providing advice to countless recruits and serving officers, I would always discuss the way in which witness statements, pocketbook entries and reports were provided when dealing with the use of force. As discussed earlier, the National Decision Model would provide the means to write a chronological account of the incident. However, it is sometimes the case that whilst those involved in an incident can write a detailed account of their actions, it is just as important to complete a detailed account of what they considered but did not do. It is the omission of such details that usually takes up time to explain during any legal investigation and is the cause of many debates between prosecution and defence.

How do you help legal counsel to understand all these nuances as an expert witness?

My job as an expert witness is to advise counsel on all matters relating to the use of force – using the National Decision Model and all its components, looking at the event from a personal angle as their client may have seen it. From this, counsel can look at the legal side to form their defence or prosecution, depending on who is asking for my opinion.

Are there any common misconceptions about the use of force that you would like to dispel?

Whilst the law would make us believe the use of force is straightforward, it is in fact nowhere near. Each use of force is not the same, so each time force is used by a different person, it must be judged while taking into account all the facts relating to their actions on an individual basis.

I am a military veteran and a retired police officer with 30 years of service. I own Streetwise Safety Training Ltd. With an exemplary military and home office career, this provided me with the foundation and experience to deliver relevant and enjoyable courses in all aspects of conflict resolution. I am a registered use of force expert witness and have provided my services to both Crown and Magistrates Courts as well as tribunals and professional standards departments. Streetwise Safety Training are proud to have signed the Armed Forces Covenant and have been awarded Bronze status.