Compulsory Mediation: Is There an Upside?

In our December 2021 edition, we heard from Fieldfisher partner Ann Benzimra on proposals regarding compulsory mediation in civil lawsuits. 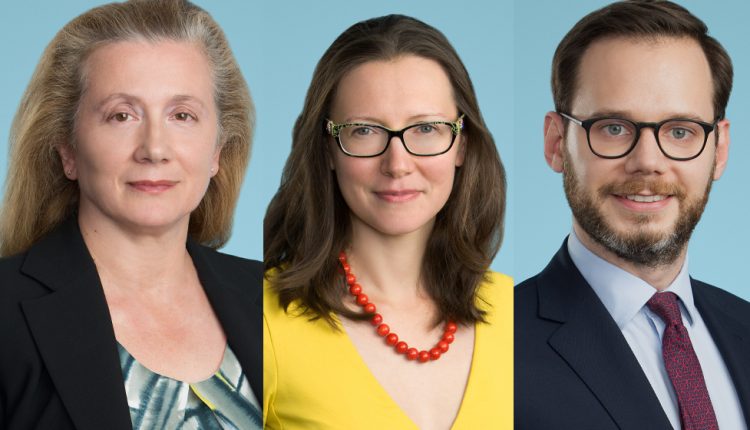 This month we hear more perspectives on the topic from Pillsbury partners Deborah Ruff, Charles Golsong, Julia Belcher and associate Charlotte Stewart-Jones. What are the pros of the idea, and is there any way they can outweigh the cons?

There are two ways in which mediation of a dispute can be made compulsory. The first is a matter of contract, in which the parties include in their dispute resolution clause a multi-step process which obliges them to go to mediation as a precondition to commencing litigation or arbitration. The second is legislation requiring all or certain cases to go to mediation before or at an early stage of litigation.

There are several advantages of mediation but one of its key features is that, if successful, the parties will have found a mutually acceptable solution to a dispute rather than going through a lengthy and usually costly and combative process to obtain a decision from a judge or tribunal.

In mediation, the parties control the process and may be able to reach more tailored solutions than those that would be ordered by a court: for example, agreeing that a payment by one party under the current dispute will be offset by increased future orders. Mediation facilitates direct communication between the parties, which can help preserve commercial relationships that are likely to be damaged by the inevitably adversarial process of litigation or arbitration.

If a settlement is achieved at an early stage, there can be significant savings of time and costs and, even if a settlement is not reached, the process may help to narrow the issues between the parties. If attempted at an early stage, mediation may also prevent parties from becoming entrenched in their respective positions. Even at a later stage, mediation can give the parties a fresh perspective and an opportunity to reconsider the merits of their respective cases and save the costs of a full trial or hearing.

In mediation, the parties control the process and may be able to reach more tailored solutions than those that would be ordered by a court

Despite the merits of mediation and increased awareness of the process among the legal community, there is still a perception amongst non-lawyers that mediation is an alternative adjudicatory process to litigation rather than a potentially useful part of the overall dispute resolution process. There is, however, no obligation (even in mandatory mediation) to reach a resolution of the dispute. All parties need to accept any proposed solution; otherwise the adjudicatory process (whether litigation or arbitration) will proceed.

The skill of the mediator is to help the parties find common ground. The mediator will encourage the parties to consider not only the strengths and weaknesses of their cases from a legal perspective, but also the risks of proceeding to trial and the costs they may incur, both their own irrecoverable costs and potential adverse costs orders. Even if the parties attempt bilateral negotiations, they may not consider these types of issues sufficiently. Even reluctant parties to mediation may be surprised by the progress they are able to make when they have an opportunity to speak freely in a confidential setting, assisted by a talented and experienced mediator. Anecdotal evidence suggests that around 50% or more mediations do result in a settlement being reached, either at the mediation itself or thereafter.

However, mediation is not always the answer.

Mediation only succeeds if there is a genuine attempt to settle on both sides. If a party has been compelled to mediate against its will, it is quite likely to fail to participate fully in the process, thereby wasting both its own and its opponent’s time and costs. As mediation is confidential, so long as a party “shows up”, it will be almost impossible for a judge or arbitrator to take obstructive behaviour in the mediation into account when considering how to allocate costs if the dispute does not settle. Similarly, if compulsory mediation becomes seen as a “box-ticking” exercise, the parties may not put in the effort and preparation required to achieve a successful outcome.

There is still a perception amongst non-lawyers that mediation is an alternative adjudicatory process to litigation rather than a potentially useful part of the overall dispute resolution process.

Timing is also an important consideration. If the parties are required to mediate before issuing a claim or at a very early stage, they may feel they have not had adequate time or information to assess the merits of their respective cases. Rightly or wrongly, litigants frequently believe that the disclosure process, in which each party has to provide to the other adverse documents, will result in the disclosure of a “smoking gun” that will tip the merits of the case in the favour of the party seeking disclosure, and they may therefore be unwilling to engage in any meaningful way until after disclosure. Indeed, there are some types of case, such as actions for breach of intellectual property rights, where it would be very difficult for the claimant to make its case without disclosure of the other party’s documents. Furthermore, in complex, high-value cases, parties may not feel equipped to mediate until after factual or even expert evidence.

Certain types of disputes are also less well suited to mediation, particularly those in which a monetary remedy is not sought, such as applications for declaratory relief where parties need the clarification which only a judgment or award can provide. Furthermore, where a dispute involves a long outstanding debt, then the debtor may simply see mediation as a way further to delay judgment against it.

In addition, multi-party cases may be more difficult to mediate, as there may well be “sidebar” disputes between the defendants as to which is likely to be found liable and for what proportion.

Finally, if mediation fails, then it has merely added an extra layer of cost to the dispute. For very small disputes in the courts, where there may be provision of “fixed fee” mediation, and where recovery of costs may be limited in any event, this is not likely to be a significant consideration. In very high-value cases, the cost of mediation may be a fraction of the overall costs of fighting a dispute to the end, so that it would be worth the risk of additional costs. However, in “medium-sized” cases, particularly where the contract makes mediation a mandatory precursor to commencing proceedings but does not include a pre-agreed mediation process, mediation costs might end up representing a significant percentage of the total costs if the parties become enmeshed in “satellite litigation” over the choice of mediator or the details of the mediation agreement and end up producing lengthy “mediation statements” which are nearly as detailed as pleadings, but still fail to settle.

The Pitfalls of Compulsory Mediation: Trust Your Lawyer The Singapore Convention on Mediation – Lift Off!

There are clear potential advantages of mediation in many cases, whether litigation or arbitration. However, as regards litigation, civil lawsuits are not all the same and a “one size fits all” approach that requires all litigants to engage in a particular form of mediation at a specific point in the procedural timetable, or as a condition precedent to commencing proceedings, is unlikely to work in practice.

As regards arbitration, where both the arbitration itself and any precursor mediation must be a matter of party consent, parties should consider carefully whether they want to make mediation a pre-condition to arbitration and, if so, whether for all types of contract or only some. If they do choose to include mandatory mediation then careful drafting is needed to avoid both costly disputes over whether the dispute resolution clause is valid or whether mediation is or is not mandatory, and to minimise later “satellite disputes” over the mediation process.

Pillsbury Winthrop Shaw Pittman LLP is an international law firm with a particular focus on the technology & media, energy, financial, and real estate & construction sectors. Recognised as one of the most innovative law firms by Financial Times and one of the top firms for client service by BTI Consulting, Pillsbury and its lawyers are highly regarded for their forward-thinking approach, their enthusiasm for collaborating across disciplines and their authoritative commercial awareness.