Cornet Vincent Ségurel (CVS) advised German steel group SHS and its subsidiary Saarstahl on the takeover of the teams and factories of Ascoval and Hayange. 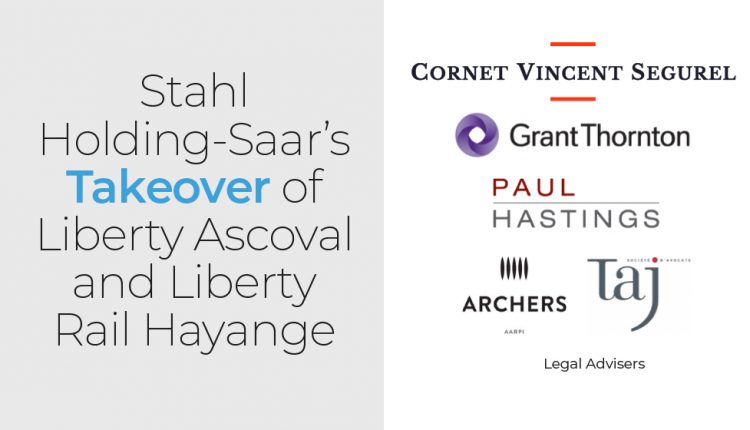 In May 2021, Liberty Steel, which had owned 100% of the share capital of the Ascoval steelworks in Saint-Saulve and the Hayange rail plant since the summer of 2020, announced that it was facing serious financial difficulties and sought buyers for both sites. The SHS and Saarstahl takeover offer won the bid.

A conciliation agreement was concluded on 3 July between the buyer (SHS), the seller (Liberty Steel France Holding), the two target companies (Liberty Ascoval and Liberty Rail Hayange) and the main creditors of those companies (the French government, the Hauts-de-France region, Valenciennes Métropole and Olympus Steel 2 Ltd, the former shareholder of both companies).

The deal, which was ratified on 2 August by the Paris Commercial Court, includes the sale of 100% of Ascoval and Hayange’s capital to the SHS group and the abandonment of part of the companies’ debt while another part of the receivables is converted into capital or rescheduled.

DealsM & A
By Lawyer Monthly On Nov 1, 2021 0
0
Share FacebookTwitterGoogle+EmailPinterestLinkedinTumblr