Lawyer Monthly takes a look at the US tax code and the tactics billionaires use to legally protect their fortunes. 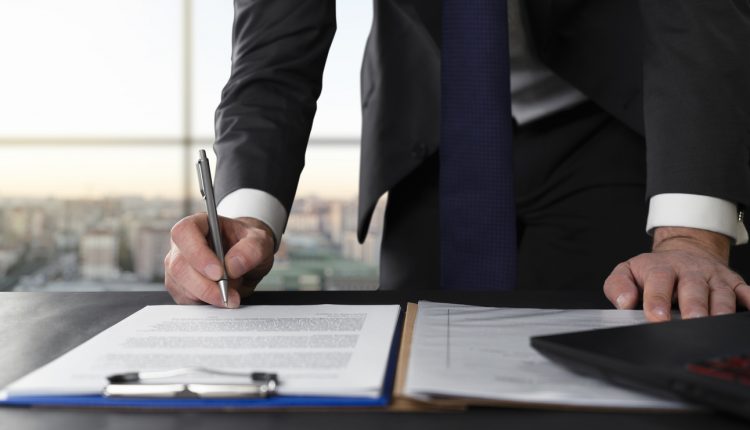 On 8 June, investigative website ProPublica released a report offering a heretofore unseen glimpse of the taxes paid by the wealthiest people in the world. Based on what it referred to as a “vast trove of Internal Revenue Service data” covering more than 15 years, the organisation confirmed long-held public suspicions that America’s richest 1% pay very little in tax. ProPublica pointed to specific household names such as Jeff Bezos, Elon Musk and Michael Bloomberg as examples of those who have at times paid no income tax on their earnings even as their fortunes swelled by billions.

Citing Forbes, the report estimated that the 25 richest people in America added $401 billion to their collective wealth between 2014 and 2018. These same people paid a collective $13.6 billion in federal income taxes over the same period – an eye-popping sum of money, but one which amounts to only 3.4% of the first figure and falls far short of the newly introduced 37% tax rate the US government has imposed on earnings above $628,300 per annum. “The IRS records show that the wealthiest can — perfectly legally — pay income taxes that are only a tiny fraction of the hundreds of millions, if not billions, their fortunes grow each year,” the nonprofit said.

The stark reality of the imbalance presented by the ProPublica report made headlines in June, its impact strengthened by its reference to genuine tax records rather than outside estimations. In addition to prompting a predictable hunt for those responsible for the leak, the report has refocused global attention on the wealth divide in the United States and how its highest-earning citizens are able to guard their vast wealth from taxation.

The report estimated that the 25 richest people in America added $401 billion to their collective wealth between 2014 and 2018.

The first and most obvious reason why the fortunes of America’s billionaires go untouched by the state is that so little of it is generated through what the US tax code considers to be conventional, taxable income. Analysis from the Tax Policy Center has found that most American households receive 60% or more of their income through wages, salaries and employment-related benefits, broadly defined as labour income. This percentage declines as earnings increase, giving way to various forms of capital income such as interest, rent, dividends or capital gains.

Capital income received by the top 1% of American earners tends to roughly equal their labour income, but as the earnings margin approaches the top 0.1%, this proportion shifts drastically in favour of capital income. Jeff Bezos, to name the most prominent example of the 0.1%, has had his Amazon salary set at $80,000 for a number of years – around 20% higher than the average middle-class income for his age bracket. This was the case in 2007, during which he reported a net income of $46 million on the back of interest and dividend payments from outside investments.

Under current US law, capital income is taxed at rates considerably lower than labour income. While wages and salaries face an individual income tax rate of up to 37%, long-term capital gains and dividends may only be taxed up to 23.8%. For the top 1% of earners who are best placed to take advantage of it, the tax disparity regarding investments makes a more significant difference, and the risks of an investment turning sour are reduced.

Under current US law, capital income is taxed at rates considerably lower than labour income.

In fact, unprofitable investments can also be made useful. Continuing with the example of Jeff Bezos, the Amazon CEO’s net worth grew by $3.8 billion in 2007 as the value of his Amazon shares doubled, which went unaccounted for in his reported income of $46 million. Under the tax code, Bezos did not owe any tax on the profit made from his surging stocks until he “realised” that profit by selling them – and if the sale were optimally timed, the capital gains tax could also be substantially lessened. Bezos did not pay any income tax in 2007; his $46 million of income was entirely offset by losses from side investment, interest payments on debt and other deductions.

Other methods of side-stepping tax also exist for the ultra-wealthy. US billionaires may buy or build a significant asset or inherit a fortune, then borrow against their wealth and fund their lifestyles with the untaxable proceeds, deducting the interest from their income tax. They may create philanthropic foundations that provide large charitable tax deductions and aid in bypassing estate tax at the end of their lives. They may also hold property until they die, providing their heirs with inherited property valued on the date of their death and avoiding capital gains tax on its growth during their lifetimes. These tax avoidance techniques are not closely held secrets or even particularly complicated to execute, yet they remain out of reach for all but the richest Americans, contributing to a concentration of wealth among the 0.1% that has accelerated sharply over the past decade.

Jos Burnett, an Associate at London law firm Slateford, argued that the blame for the scale of tax avoidance revealed in the report does not rest solely upon the billionaires themselves. “The armies of anonymous lawyers and accountants who enable this daylight robbery are blamed but rarely feel the force of any recriminations,” he said, warning that such tax avoidance schemes pose a reputational threat to those who would engage in them and place them at risk of damage in the event of a data breach.

Embarrassing or not for those responsible, the fact remains that the tactics described within the ProPublica report are utterly legal and unlikely to be addressed without a fundamental change in America’s tax policy.

Taxation of the ultra-wealthy is not a new issue in US politics. Former presidential candidate Senator Bernie Sanders built his 2020 campaign platform in large part upon the enactment of a wealth tax aimed at the top 0.1%, his suggestions echoed at times by other members of Congress. Since taking office, President Joe Biden has also signaled a willingness to hike taxes on America’s wealthiest, proposing that the capital gains tax rate be almost doubled from 20% to 39.6% in addition to raising an additional tax on inheritances.

While acknowledging the step towards addressing the tax gap, the ProPublica report took aim at these plans, concluding that whatever impact they may have on taxes paid by hedge fund managers and other high earners, “the vast majority of the top 25 would see little change.” Reducing tax disparity in the US will likely require either expanding the types of income considered taxable or improving the taxation of income already taken into account by the system.

For examples of the former option, a “mark-to-market” tax on unrealised capital gains might be enormously effective if it could be made workable. At present, administrative concerns regarding the valuation of assets over time have proven too daunting to generate widespread support among lawmakers, but alternatives such as S.510 — the March 2021 revision of Senator Elizabeth Warren’s proposed tax on the net worth of ultra-wealthy individuals – have gained some ground. A quicker fix would be the repealing of the “stepped-up basis” tax break that allows the ultra-wealthy to pass assets onto their heirs free of capital gains tax on the growth of those assets during their lifetimes.

For the latter, there are many less controversial routes the Biden administration might take. The government has already proposed amending the tax code to narrow the gap between rates on labour income and capital income. Another meaningful step would be the elimination of various tax breaks for high earners and corporations, such as those created by the 2017 tax law, and a commitment to rebuilding the IRS’s enforcement division. The agency today has fewer revenue agents than in 1954, despite the economy having grown sevenfold since then; in 2018 it audited only 3.2% of tax returns showing incomes above $1 million, down from 8.4% in 2010. Returning the IRS to strength would perhaps be the simplest step towards furthering tax compliance among the 1%.

Whether or not Congress will have the appetite for a significant retooling of the tax code remains to be seen. As things currently stand, however, the country’s resources are being funneled into fewer and fewer hands. In 1983 the top 1% of earners accounted for 33% of America’s household wealth. By 2016, that proportion had grown to 39%, and the balance continues to tip towards the minority – due in no small part to the preferential balance of American taxes.