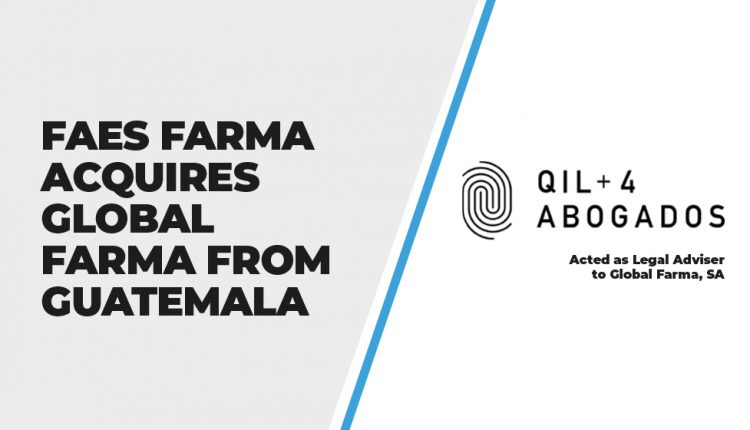 Global Farma was founded and is based in Guatemala, but operates throughout the Central American region, the Dominican Republic and other Latin American countries. It produces and markets prescription drugs in several categories, as well as hospital supplies and over-the-counter products. It reported $21 million in sales in 2020, half of which was attributed to its Guatemala operations.

Through this acquisition, Faes Farma reinforces its presence in Latin America where it has its own promotion networks. The company is present in 17 countries in the region, including Costa Rica, Honduras, El Salvador, Nicaragua, Guatemala, Panama and the Dominican Republic. With the purchase of Global Farma, it now adds the Belize market to this number. This transaction is of great relevance for the M&A market in Guatemala and the region, demonstrating the continued attraction of foreign capital investment.