The oil and gas industry is a fundamental pillar of the Libyan economy and a major lure for international investment. This month we hear from Abdudayem Elgharabli, who discusses the key regulations that govern the sector. 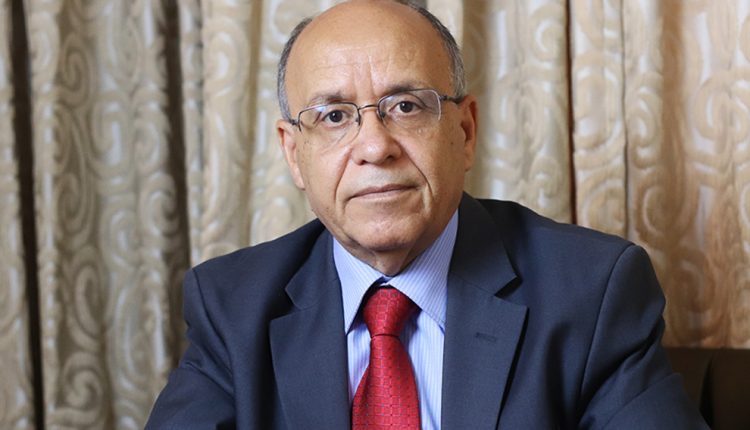 Could you give a basic overview of the oil and gas sector in Libya and the role of the National Oil Corporation of Libya?

The major oil discoveries in Libya were made under the Petroleum Law No. 25 of 1955 which introduced two contractual models: The Preliminary Reconnaissance Permit (which is merely a seismic option) and the Deed of Concession. The Law authorised the Minister of Petroleum to issue Petroleum Regulations implementing the provisions of the Petroleum Law and detailing its various aspects. Nine regulations were issued. The only ones still in force today are Regulation 1 dividing the country into four petroleum zones, Regulation 8 on Conservation of Petroleum Resources and Regulation 9 on Financial, Administrative and Technical Control for the Preservation of Oil Wealth. Other forms of contracts such as the joint Venture Agreements and the Exploration and Production Agreements were introduced by Law 24 of 1970 establishing the National Oil Corporation and decree 10/1979 Re-organising the National Oil Corporation.

Oil and gas is the biggest sector of the Libyan economy, accounting for 60% of its GDP. What legal issues often arise in bidding for contracts in this area?

Since Libya abandoned the direct negotiations for awarding petroleum licenses in 2005 in favor of public bidding rounds, the legal issues were reduced to compliance with the pre-qualification requirements, including the form of the bidding bond and the formation of consortium among the bidders. The applicability of Libyan law, including Petroleum Law, as the governing law of the agreement was also of concern to new participants.

What advice do you often give to companies bidding for Exploration and Production Sharing Agreements (EPSAs)?

The advice we often give to companies bidding for EPSAs is to be transparent in dealing with NOC and avoid any irregular ways and means throughout the process, in particular in collecting technical data on the blocks offered in the relevant bidding round.

Your firm has been advising exploration and production companies for three decades. How has the legal landscape of the oil and gas sector changed during that time?

One major change since 1990 was the abandonment of the direct negotiations in awarding exploration and production licenses and adoption of public bidding instead. This change introduced a high degree of transparency to the process and heightened the competition among the international oil companies, including the medium-sized ones.

The advice we often give to companies bidding for EPSAs is to be transparent in dealing with NOC and avoid any irregular ways and means throughout the process.

What do foreign companies often fail to understand about negotiating contracts in Libya’s oil and gas sector?

Since the introduction of the bidding rounds there are no negotiations of the contractual terms, as the model contract is attached to the bidding documents with no possibility to change its provisions. NOC conducts clarification rounds to answer questions on technical, financial and legal issues. From our experience, we can say that among the common legal issues that companies request clarification on is the following:

What provisions of the Petroleum Law and the Petroleum Regulation would apply to the EPSA? This question arises because the Petroleum Law deals mainly with the deed of concession. However, a few provisions continue to apply to the EPSA. Among them: a) Article 12 regulating the use of excess capacity in pipeline and terminal facilities; b) Article 16 on the exemption from certain import and export duties and c) Article 22 imposing certain penalties on violation of the law, especially in the events causing loss or dissipation of hydrocarbons or causing damages to petroleum reservoir as a result of failure to observe the provision of this Law and regulations issued thereunder. Most of the clauses of Regulation 8 are applicable to the EPSA. Some clauses of Regulation 9 also apply, such as the Clause introducing the formula of the pipeline and terminal tariff for use of surplus capacity and the Clause defining the operating and administrative expenses.

The Tripoli-based Libyan law firm Mukhtar, Kelbash, Elgharabli & Abdulaziz (“MKE”) was established in the early 1990s by Mahmud Mukhtar and Bahloul Kelbash following the liberalisation of private legal practice in Libya. The firm’s partnership was further widened with the addition of Abdudayem Elgharabli in 1992 and Ahmed Abdulaziz in 2014. MKE provides legal support to Libyan and foreign clients in the areas of oil and gas, corporate, litigations and international commercial transactions involving Libyan interests, Labour Law, Civil Law, Commercial Law and Administrative Law.

Abdudayem Elgharabli is a Partner at MKE Lawyers and carries a wealth of experience in Petroleum Law. Between 1978 and 1992 he served as Senior Advisor and later General Counsel to the National Oil Corporation of Libya. He has also provided legal support to major international investors as well as oil and construction companies looking to begin projects in Libya.