The verdict has been hailed by civil rights campaigners as a vital step towards police accountability in the US. 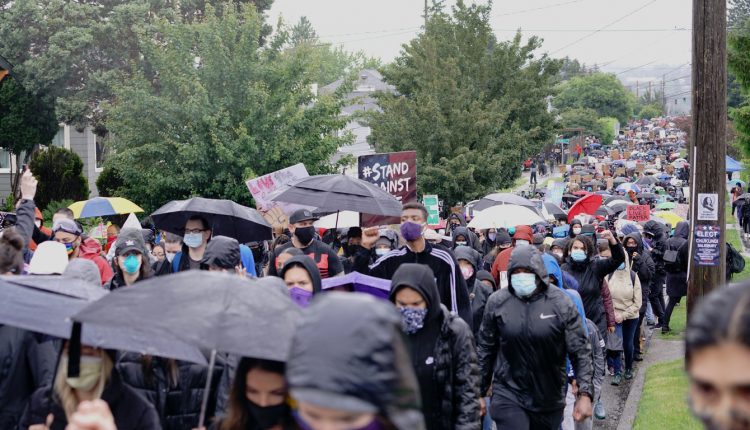 The 45-year-old was filmed kneeling on Floyd’s neck for more than nine minutes in footage that was widely circulated and sparked international protests against systemic racism and the use of excessive force by police.

On Tuesday, the jury unanimously convicted Chauvin of second-degree murder, third-degree murder and second-degree manslaughter following more than 10 hours of deliberations over two days. In Minnesota, these convictions carry maximum sentences of 40 years, 25 years and 10 years in prison respectively.

Chauvin is expected to appeal against the verdict. Three other officers who were at the scene are due to face trial later this year on charges of aiding and abetting Floyd’s murder.

Police officers are rarely convicted for deaths that occur in custody. Chauvin’s trial has gained international attention as a possible indication of how the US legal system will handle similar cases in future.

The Floyd family’s lawyer, Ben Crump, said that the guilty verdict marked “a turning point in history and sends a clear message on the need for accountability of law enforcement.”

In a televised speech, President Joe Biden said that Floyd’s death was “a murder in full light of day, and it ripped the blinders off for the whole world”, adding that the US “can and we must do more to reduce the likelihood that tragedies like this will ever happen again.”