Opting for Business Mediation Instead of Litigation

Some businesses will still opt for litigation as the ‘go-to’ method of solving a dispute. In this article, stretching further than the costs associated with litigation, Michel Kallipetis underlines why it can be in the business's best interest to consider mediation first. 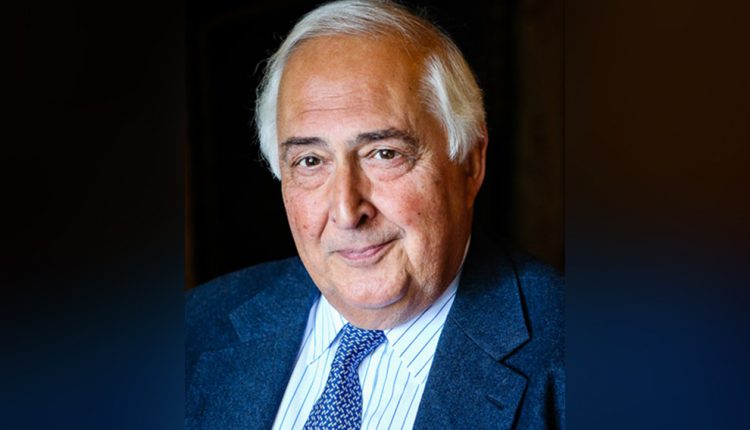 I am asked why businesses opt for litigation when mediation often results in fewer costs and less hostility. There is no simple answer. In 2007 a survey of firms engaged in High Court Litigation revealed the startling statistic that 47% of commercial litigation was fuelled by personal animosity between those running their respective companies! In today’s climate of shareholder power, it is hardly credible that such motives could sustain expensive litigation by respectable companies.

In February 2013, the AAA undertook a major research study aimed at examining the attitudes and experiences associated with the use of non-judicial dispute resolution. The study examined how a broad sample of businesses which included Fortune 1000 companies, mid-size public companies, and privately owned businesses, employed their resources in dispute resolution. The study drew distinctions between “most dispute wise” and “least dispute wise” companies. Dispute-wise, a company’s legal group is more likely to be working in an environment where senior management is focused on preserving relationships and settling disputes and less concerned with aggressively litigating every case. Moreover, the survey results make it quite clear that “most dispute wise” companies’ business management practices are associated with positive business outcomes. Key benefits included stronger relationships with customers, suppliers, employees, and partners, and an appreciation for the fairness and speed of ADR processes in resolving disputes with customers and suppliers. Relative to the stronger relationship findings, it is interesting that the price/earnings ratios (often considered as a measure or indicator of stockholder confidence in the management of a company) for the “most dispute wise” companies averaged 28% higher than the mean for all the publicly held companies in the survey and 68% higher than the mean for companies in the “least dispute wise” category. These outcomes suggest that the “most dispute wise” companies are particularly concerned with maintaining good relationships with all their stakeholders.

Flexibility is one of the keys to a successful mediation and it would be better if the parties were to agree that such time limits could be less rigorously applied.

The obvious savings in terms of legal costs, productive use of management time and certainty of outcome suggest that all companies should strive to be among the “most dispute wise”. Moreover, it is now becoming the norm for the larger international corporations to include a dispute resolution clause in all their contracts which requires the parties to attempt to mediate any dispute before resorting to arbitration or litigation. Such clauses have been held by the English Commercial Court to be binding and enforceable. The one criticism of such clauses is that they tend to impose strict and unrealistic deadlines which do not give mediation a chance to resolve the dispute. Flexibility is one of the keys to a successful mediation and it would be better if the parties were to agree that such time limits could be less rigorously applied. There is a risk of course that any flexibility might be exploited by one side or the other, but nonetheless, given the clear commercial benefits of resolving disputes sooner rather than later, that might be an acceptable risk.

In 2016-17, IMI launched and conducted the Global Pound Conference into corporate attitudes to dispute resolution. The Report published in 2018 by Herbert Smith Freehills deserves detailed study. One of the issues which the international business community identified as a failure was the absence of an enforcement provision for mediated settlement agreements. UNCITRAL’s WGII, to which I was a delegate on behalf of the International Academy of Mediators, produced the Singapore Convention which became effective in 2020. I hope that UNCITRAL’s success in achieving a Convention for the enforcement of Settlement Agreements arrived at in international commercial mediations to match the New York Convention for the enforcement of arbitral awards, will alleviate any reluctance by businesses to mediate their commercial disputes.

The year of pandemic restrictions has had a seismic effect upon traditional mediation. My colleagues and I have been conducting mediations remotely for over a year with no appreciable difference in terms of percentage resolutions[1]. There are appreciable financial advantages. Travel costs and time for parties, lawyers and experts to travel to spend a day together in one location can be enormous especially in international disputes. It is easier to obtain the presence of key individuals, especially the decision makers and experts, if they can attend a mediation from their own offices or homes. The Commercial High Court has backed the call of the Lord Chief Justice and the Master of the Rolls for disputes to be resolved through remote mediation rather than wait for the courts to re-open. I anticipate that an unreasonable refusal to mediate remotely may well incur similar costs penalties as with person-to-person mediations[2]. Singapore, a leading country in terms of mediation, has issued a protocol encouraging the use of virtual mediation with these words:

“……the pandemic has severely impacted business communities – fracturing business and contractual relationships, sparking disputes and destroying the value and viability of businesses. With expedited mediation, businesses can devote their resources towards navigating other challenges, instead of diverting them to conduct potentially protracted and expensive legal proceedings. This will put them in a stronger position to recover amidst the growing economic uncertainty[3].” Surely that exhortation is equally valid for all businesses everywhere?

In 2007 a survey of firms engaged in High Court Litigation revealed the startling statistic that 47% of commercial litigation was fuelled by personal animosity between those running their respective companies!

Another question I am still asked is “Are barristers no use in mediation?”. My answer has never changed over all the years I have been mediating and since Philip Naughton and I set up the Bar ADR Committee. Any advocate who knows what mediation is and can adapt their professional approach accordingly is a huge asset in mediation. The Bar Vocational Course has a compulsory ADR module, and all advocates are under a professional duty to advise their clients about the suitability of their dispute for resolution through mediation. My colleagues and I teach advocates that litigants pay them to ‘win’ in court, but disputants pay them to ‘help resolve’ their disputes in mediation. There are now dozens of highly successful barrister mediators. More importantly, I find that in most of the mediations in which one or the other party is represented by counsel, their help and approach is invaluable. I still hear some solicitors say: “I never use counsel for a mediation because they can only litigate”. What an opportunity their client is missing! If the value of the dispute bears the expense, a ‘mediation trained’ advocate will invariably justify their presence. My colleagues and I  regularly teach Mediation Advocacy to advocates all over the world, and no other jurisdiction considers a mediation advocate’s appearance on behalf of the disputants in mediation as anything other than an advantage. I was one of those helping to organise the very first ICC International Mediation Competition in Paris sixteen years ago. From a handful of teams taking part then, this year, in spite of COVID obliging it all to be done remotely, there were 350 students and 48 teams from 39 countries. It was immensely gratifying to recognise students from previous years, now in practice as lawyers or academia, reappearing as team coaches. The knowledge that there are now several generations of lawyers the world over who have been trained in dispute resolution through mediation rather than litigation gives me hope for a better world. If I have played a small part in achieving that, I am content.

In 2018 I received a silver Griffin from Gray’s Inn marking my 50 years as a barrister. In 2007, having been Head of Littleton Chambers for nearly ten years, and having sat as a deputy judge for some twenty-five years, the last fifteen of which as a deputy High Court Judge in QB Chancery and the TCC, I decided to leave full-time practice as a barrister and start a full-time practice as a civil and commercial mediator. My conversion to mediation as a more effective means of resolving disputes was inspired by my good friend and colleague, the late Philp Naughton QC, who gave a talk at the Bar Conference in the late eighties. That prompted me to invite CEDR to train a dozen barristers in Chambers, and thus my career as a mediator began. By the time I left Chambers, I was mediating more often than appearing in Court, and Nicolas Pryor and I established Independent Mediators Limited. We were soon joined by Bill Marsh and Charles Dodson: now we are nine independent full-time mediators operating as the first real Mediation Chambers in the UK.