Why Legal Technology is Inevitably Moving to the Cloud

Though security remains a concern, the legal sector's shift to cloud-based computing has been years in the making. 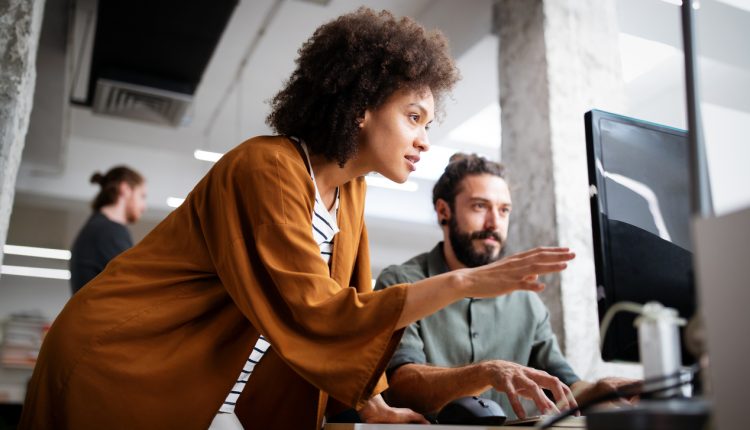 Lawyer Monthly hears from Brian Mauch (BCOM LLB), CEO of BMC Networks, on the cloud and its advantages and drawbacks for the legal sector.

I have been involved in legal technology since 1993. I was the first student at my law school to bring a laptop to class, and used a dial-up modem to search precedents on QuickLaw – which was anything but. Instead of practicing law, I started a consulting business that provides an outsourced IT department for law firms. Over the last 27 years, I have seen the adoption of internet-based legal tools grow from email, to web-based research, and now to cloud servers and applications.

Some law firms are rightly concerned about cybersecurity in a cloud-based world and resist exposing their clients’ confidential data to the internet, instead keeping it in on-premise servers and server-based applications. However, who is to say that on-premise servers are more secure than hosted servers? When large organisations with huge IT budgets are still getting hacked, no computer is 100% secure. Except maybe one that is disconnected from the internet, powered off, unplugged, and buried in a lead case. Even then I have my doubts.

Regardless, it is clear to me that legal technology is inevitably moving to the cloud. I admit that it’s taken me many years to come to this realisation. I initially thought that there would always be room for two streams of legal IT: on one hand, the younger, brand new, or more nimble firms that enthusiastically adopted cloud tools and balanced security with scalability, and on the other, the tried-and-true on-premise approach favored by established law firms. But now I’m not so sure.

In the book ‘The Big Switch: Rewiring the World from Edison to Google’, author Nicholas Carr draws a parallel between the development of electricity and that of computing. He describes how computing is turning into a utility just as electricity did, thanks to the cloud. While companies that were early adopters of electricity had to purchase and run their own generators (analogous to on-premise data centers), the alternating current network eventually made the location of the equipment unimportant to the end-user. Carr asserts that increased internet bandwidth has now done the same for computing power.

When large organisations with huge IT budgets are still getting hacked, no computer is 100% secure.

Hosted cloud servers have been around for at least a decade, but they have not taken the legal market by storm. While some law firms chose to replace their on-premise data center with hosted servers, many quickly realised that while this removes a significant capital cost, it replaces that cost with an even more significant ongoing operational cost. And since the legal applications were unchanged, they were simply replicating their existing systems in the cloud. Not exactly a great leap forward, but instead more of a tentative half-step.

The major paradigm shift towards what I think of as full cloud computing did not happen until the last few years. Law firms have three major “silos” of data which all need to find homes in the cloud: email, files, and applications. Only once these three major components are fully in the cloud can a law firm have a truly serverless environment, and realise the inherent scalability, accessibility and cost savings benefits that come from a serverless environment.

Email is a no-brainer. Since most law firms operate on-premise Microsoft Exchange servers, it’s a natural migration to Exchange Online. It’s the easiest domino to fall, since this migration can be accomplished with very little impact to existing integrations with other applications. I’m not saying it’s easy, though. Email has developed into the primary work product for many lawyers, and migrating decades of critical email is a time-consuming and delicate matter.

Fortunately, true cloud-based legal applications have become mainstream in the last few years. These applications are hosted on the vendors’ servers, and are accessed via web browser or mobile apps. These applications do not require law firms to provide server storage, memory or processing power. They can integrate access to cloud-based file storage systems, so the last two dominoes can fall together. Proceed carefully, as migrating to new legal applications is not only a technical challenge but also a behavioral challenge. Resistance to change is a formidable force in the legal industry, and overcoming that resistance is necessary for a successful migration.

To keep data secure, the front line of defense for any cloud system is encryption. Law firms need to look for SOC II accredited solutions, which have been tested against strict criteria for confidentiality, privacy, security, availability, and processing integrity. A quality service provider can identify and deploy the appropriate secure solutions to allow any organisation to benefit from the agility and low cost of the cloud, while maintaining the security of the environment.

Once a law firm has migrated to a full cloud (ie. serverless) environment, with email, files and applications all being cloud-based and hosted by vendors, they can truly benefit from economies of scale and realise all the advantages offered by the cloud. As more and more law firms take this leap, it will no longer make financial sense for software vendors to produce or support server-based applications for the dwindling number of firms still using them, and only cloud-based applications will remain.

If there are no server-based applications left, then law firms won’t need to provide their own servers at all, either on-premise or hosted. They will instead be able to leverage the cloud vendors’ servers. Using the analogy of Carr’s “The Big Switch”, computing will have become like a utility, driving the cost of IT down significantly for law firms. This is why I think that the transition of legal technology to the cloud is inevitable.