Which Industries Are the Most Vulnerable to Corruption?

What is corruption and what industries are more vulnerable to it? We speak to Dennis Miralis to find out more. 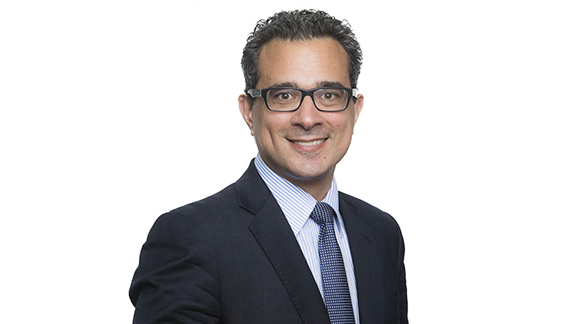 ‘Secrecy’ is a key element in defining corruption. If someone receives a bribe or award, and does not disclose this, they may be liable to corruption charges. The intention of the person will then need to be examined in order to determine whether the behaviour was truly corrupt.

What is the link between bribery and corruption?

A bribe involves offering an ‘undue reward’ to someone to influence them to act in a certain way. If one accepts a gift or reward which is given in order to convince them to act dishonestly or corruptly, then they are committing the offence of corruption.

Bribes are commonly offered to foreign public officials in order to advance international business interests, and great care needs to be taken by businesses and individuals in knowing where to draw the line between effective networking and potentially criminal behaviour. Penalties for bribery and corruption are severe and can include prison sentences of up to 10 years.

Are there any industries where corruption risks are particularly prevalent?

Both procurement and the mining sector have been identified as high-risk areas for corruption.

What kind of corruption risks exist in the procurement process, and how can these be addressed?

There are a multitude of different risks. For example, a person responsible for both ordering and verifying delivery creates a risk of both over-ordering and under-delivery. A process map allows for easy identification of whether there are obvious corruption risks in the process, including situations where there is, in fact, no one in charge of the procurement process, or where senior managers are not involved in decision making that possibly should be.

All managers and staff require some level of discretion to perform their jobs. This needs to be accounted for in the procurement process, whilst minimising the potential for corruption that this discretion can introduce. This can be controlled in a number of ways, for example by determining what goods and services are actually required. If this is decided by one person, there is the potential for them to recommend that what is needed are goods or services provided by a company that they have an interest in.

Random monitoring can be an effective deterrent against corrupt activity.

What other steps can companies take to ensure that they are compliant with anti-corruption legislation?

An important consideration is improving employee competence in being able to detect and prevent corruption risks, which can be achieved through training programs. There are a number of other considerations here such as employee turnover and changing procurement rules over time.

Training is also important for managers, who may at times take the ‘tick-and-flick’ approach, signing off on purchase orders or receipt of goods, without checking if the good/service was really needed or whether it had been delivered.  These approaches are often adopted by managers due to time pressures, the belief that managers below them in the hierarchy who have signed off have completed the necessary checks, or due to generally trusting staff to do the right thing. Random monitoring can be an effective deterrent against corrupt activity.

Why is the mining sector vulnerable to corruption?

Mining projects in Australia are obviously big business. With billions of dollars invested, and the potential to deliver jobs and other economic benefits, there can be a lot at stake in the approvals process. Unfortunately, like any industry where the stakes are so high, the approval process for mining projects is complex and can be vulnerable to abuse and corruption.

What are some of the key areas of risk?

Transparency International Australia (TIA) outlined some of the key risks in a 2017 report.

These risks are largely to do with the approvals process for mining leases. First of all, the application process itself presents corruption risks as there is insufficient due diligence and background research into the applicants seeking mining approvals. Furthermore, there is the risk of approvals being granted by corrupt ministers for personal or professional gain or bargaining.

Transparency International also noted the potential for inappropriate lobbying and industry influence, particularly in a context where there is inadequate regulation of political donations and frequent movement of employment between industry sector and government workers.

Insufficient protection for whistleblowers was a further risk identified in the report, which could perpetuate systemic corruption. It will be interesting to observe whether the proposed Treasury Laws Amendment (Whistleblowers) Bill 2017, which is aimed at corporate, financial and credit industries, may, in turn, be extended to include the mining sector.

Insufficient protection for whistleblowers was a further risk identified in the report, which could perpetuate systemic corruption.

Are there any sectors of the mining industry which are particularly high risk?

A recent report highlights the specific risks in the oil and gas sectors. Market challenges such as a lack of natural resources in more established markets and volatile commodity prices have seen companies operating in these industries expand into emerging markets that may have traditionally been regarded as too risky.

Furthermore, the global nature of these sectors and the complexity of the working and contractual relationships with governments, venture partners, suppliers and other contractors make compliance with anti-bribery and anti-corruption (ABAC) legislation something that requires significant management focus.

Finally, third parties are often engaged to manage dealings with foreign markets, and the company will be liable for an associated person’s bribery if it is intended to obtain a business advantage for the company.

You mentioned the increased risk of operating in emerging markets. Why are these markets considered so risky?

Emerging markets often have unstable political situations and the lack of infrastructure and controls necessary to combat corruption. There are also challenges associated with implementing effective ABAC policies and procedures across numerous countries which also have distinct cultures and differing access to technology.

The inherent bureaucracy in emerging markets also means that there are frequent dealings with government officials (who are often on relatively low salaries) where bribes can be demanded.

Finally, third parties are often engaged to manage dealings with foreign markets, and the company will be liable for an associated person’s bribery if it is intended to obtain a business advantage for the company. There are a number of red flags to look out for when dealing with third-party intermediaries such as government links, suspicious circumstances and the provision of misleading information.

How can companies operating in the mining industry and high-risk sectors respond to the challenges?

Mining companies and those operating in the oil and gas sectors need to address their corruption risks proactively by implementing an effective anti-corruption compliance program.

Businesses should be familiar with international laws and accepted standards such as the US Foreign Corrupt Practices Act (FCPA) and UK Bribery Act but should also understand any significant differences in local anti-corruption laws in the jurisdictions where they operate. It would, therefore, be prudent to engage the services of an expert in the local as well as international legislation in the formation of effective ABAC policies and procedures.