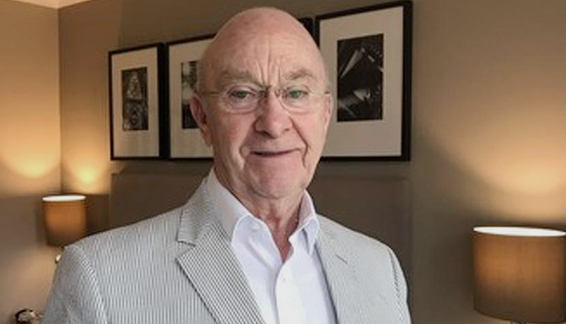 I found the time, 50 years ago, to qualify as an aeroplane pilot, and I flew a lot, including long-distance and transatlantic ferry flights. I owned and managed an airline and was a director of others.

For 20 years I was a volunteer Air Ambulance Pilot for St John’s Ambulance Air Wing.

I have carried sick people and their relatives, surgical teams (in transplant terminology we referred to the harvest/retrieval surgical team as “the Vultures”). I carried everything from livers and kidneys, and hearts and lungs to blood and serum.

All the above has shaped my life.

I now mainly deal in aviation law advising carriers, crew and passengers alike. I also occasionally and sadly find myself acting for a deceased’s relatives, where the death was in the course of air transport. I find myself also defending pilots when they are prosecuted for some alleged wrongful act.

In addition to that, I run my law firm. I am involved in all facets of legal practice as would be expected from someone who has been doing law for so many years. The only thing I try to avoid is divorce, and especially my own.

However, my firm has six other lawyers, and between them and me, we cover all legal work. We also have support staff and trainees.

The bread and butter jobs done by my firm are the purchase, sale and lease of property. But it is rather hum-drum and fairly routine. That doesn’t present for me much of a challenge. So, I leave it to others.

Some people allow their assets to grow and then there is a catastrophe when the State gobbles up a lot of their wealth in taxes. So be warned.

I and a colleague do “dispute resolution”, which may be a fancy phrase for “fighting in court”. However nowadays, court costs and delays being what they are, some disputes are resolved out of court.

Another side of the law business is what is now termed “Wealth Protection”.

This encompasses everything from making a Will, to actively planning one’s resources in such a way that the impact of Inheritance Taxes is minimised. Some people allow their assets to grow and then there is a catastrophe when the State gobbles up a lot of their wealth in taxes. So be warned. When you die it is too late!!

The most common type of dispute is usually claims for some form of money. It can be a simple debt owed, but often it can be a company claiming that another company has done “the dirty on them”. It takes all types to make the world go round.

A typical example I am looking into now has an international flavour. A company in India has a contract which entitles it to a commission on sales introduced to a UK company. The agreement lasts for three years and is aimed at very lucrative work. But the Indian company says the UK company deliberately delayed stitching up the work until the commission agreement had expired. And they are now refusing to pay. It has a huge price tag to the dispute. This has two ramifications. First it means that the Indian company will not give up. Secondly the sheer size of the prize at stake is a persuasive motive for the UK company to have caused the delay in the first place.

England seeks to limit all forms of immigration while Scotland welcomes all peoples.

This brings me to a very important topic.

It is called “value for money”.

It should be obvious that in dispute resolution, the mechanism has to be “economic”. They say there is no point in spending several thousand pounds to claim three thousand pounds. Except that sometimes, just sometimes, it has to be done. This involves careful assessment of the prospects of success. However, success means not just getting a favourable judgment but whether the opponent can fulfil the terms of the judgment.

Another huge area of law that we practise is what is now known as “personal injury”. The field is, however, flooded by “ambulance chasers”; lawyers who form limited liability companies which promote massive advertising. This advertising even dwarfs that of the so-called PPI claims. Why do I feel terrible, watching television in the evening, that I have never had an accident or been miss-sold PPI cover?

Practising law in a place like Scotland is very rewarding. This is not just due to the people and the landscape, but to the form and aspirations of the government we have. Scotland is said to yearn for its independence from the union of the kingdoms, and the union of the parliaments. A few decades ago, the latter of these unions was transformed by the granting of a heavily devolved form of government to a Scottish Parliament.

You might be forgiven for thinking that not much would change; except that the Scottish psyche, politics, aspirations are all driven in an altogether different direction from the rest of the united kingdoms. England looks inward; Scotland looks outward. England seeks to limit all forms of immigration while Scotland welcomes all peoples. This remains a huge burden for the Scottish Parliament, because one of the few political policies which is not yet devolved to Scotland is – immigration.

There would seem to be many sound reasons for considering the courts and the law of Scotland. Plus ça change, as they say.

The Scottish Government, with its parliament, is highly motivated by compassion. People like to think that there is no room for compassion in the law. That ended with the first production, a few centuries ago, of the Merchant of Venice!

This very obvious compassion of the Scottish Law resounds in abundance with the departure from the rest of the UK from legal tenets that can be viewed in a harsh light. So it was that the Supreme Court of the UK, a few years ago, held that the presence of pleural plaques in the lungs of a claimant was not an “actionable wrong”. Except that pleural plaques are a certain clinical pre-cursor of mesothelioma, AKA asbestosis or fatal lung cancer. ‘No’, inferred the Supreme Court, ‘you must wait until you die before your relatives can make a claim. They get the spoils, you don’t!’.

Another area of the law in Scotland that is drastically different is in the recovery of damages or compensation for the death of a family member.

The UK parliament enacted a law that severely limited the amount of damages recoverable by a deceased’s love-ones in respect of a wrongful death. In effect, they enacted a rigid and niggardly tally list of recoverable damages. However this area of the law was a devolved matter, meaning that the Scottish Parliament had exclusive sovereignty over the law of damages. So the Act of the UK parliament could not apply to Scotland. A beautiful example of the compassion of Scots law in this respect was the recovery of ten-fold damages, compared to that of England, for the relatives of the airmen and other military personnel killed when their Nimrod aircraft blew up over Afghanistan. It was found that although most of the deceased and their relatives lived in England, the Royal Air Force who operated the Nimrod, had a base at Lossiemouth in Scotland; that provided Scottish jurisdiction. So the loved ones received proper compensation. Compassion in action.

There would seem to be many sound reasons for considering the courts and the law of Scotland. Plus ça change, as they say.

My name is Frank Cannon. I am a Scottish Lawyer, and I have been practising as a lawyer for 51 years. My firm is Cannons Law Practice LLP, and we practise in Glasgow. Glasgow is the unacknowledged capital of Scotland as it has a third of Scotland’s population in the city and its dormitory surroundings. It is a fantastic place to live and work. The city motto is “People make Glasgow” and I think that nicely sums up the city.

I am age 78 now, at a time when most sane people would be thinking of retiring and taking it easy.

But I do not play golf, and all my life I have breathed Law. My Company Motto is “our work is law”.

And that says it all and just about sums up my life.

Except I have found the time to find my one and only wife. Having been married for 52 years I still introduce her as “my first wife”.

I also found time to have 2 daughters, and 4 grandchildren.