The Rise of the Commercially-Minded Legal Department

In the years since the last global economic recession, legal departments have become increasingly commercially minded. To date, this increased commercial focus has been primarily defensive. 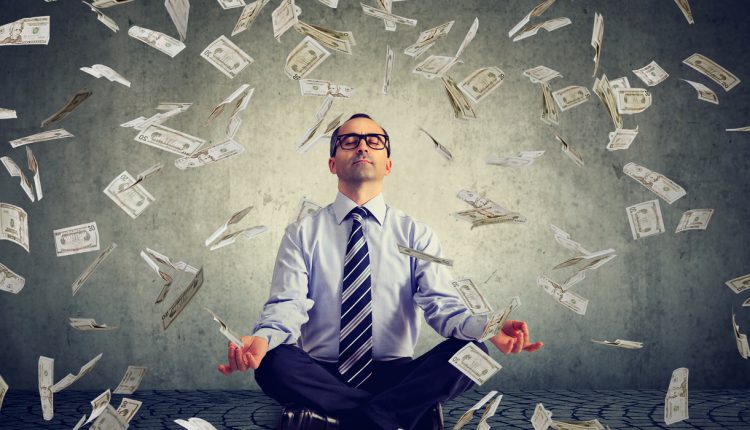 Legal teams have worked hard to stay within and reduce their corporate expense lines, but there comes a limit to how much legal departments can cut costs, and there are other ways to create value.

This week Lawyer Monthly hears from Rufus Caine and James Sexton, Vice Presidents of Burford Capital, on the need for Legal teams to drive revenue and not just spend cash.

In our experience, truly commercially-minded legal departments are increasingly focused on a more proactive stance, one that involves generating affirmative value for the organisation by pursuing outstanding claims—claims that the latest legal finance research reveals are too often left on the table and that represent millions in lost value.

In the year to come, we predict that a growing number of legal departments will take their commercial-mindedness one step further: They will begin to pursue and generate affirmative claims that return value to the organisation. To accomplish this, learning about and ultimately using legal finance, a tool designed to reduce the cost and remove the risk associated with affirmative legal spend, will put legal departments in a better position.

Our belief that legal departments will increasingly seek to generate affirmative value is grounded both in research and experience. For instance, a 2014 paper in the MIT Sloan Management Review posited that legal departments could become contributors to the bottom line by using litigation to create tangible and identifiable value, as opposed to cutting costs alone. The paper further noted that this would involve managers and lawyers working together to devise legal strategies and techniques to increase ROI, particularly in ways that could be tied to a profit-and-loss statement, a strategy we’ve increasingly seen employed through our work with in-house lawyers.

In our experience working with legal departments, we’ve witnessed increased pressure on legal budgets, but we’ve also seen an increased desire to extract and measure value. For instance, a growing number of corporate clients are instituting affirmative recovery programmes and some are even assigning specific recovery targets for their legal teams, a marked shift in focus that is reflective of the value-generating imperative set forth by c-suite leaders.

Affirmative recovery programmes are by no means the norm, but they have been around for quite some time. Recovery programmes at DuPont, The Home Depot, Tyco, Ford and others have been generating headlines for more than a decade. For instance, DuPont’s legal team generated cumulative recoveries of about $2.7 billion between 2004 and 2013. Now law firms are offering services to help clients meet affirmative recovery targets: Eversheds Legal Consulting arm has begun offering advice to companies on how their in-house legal departments can become profit centres. And elsewhere in the UK, Crowell & Mooring and Reed Smith both have appointed practitioners in affirmative recovery in their London offices.

Although we have noted an increase in clients setting affirmative recovery targets, it remains the case that corporations fail to pursue meritorious claims out of a concern about controlling the costs of litigation. The 2018 Litigation Finance Survey, conducted by Burford Capital, which consists of 495 responses from in-house and law firm lawyers across the UK, US and Australia, highlighted that a vast majority of in-house lawyers are leaving significant, untapped value on the table annually. The results showed that 68 percent of in-house lawyers report that their companies have abandoned meritorious claims due to their perceived impact on the bottom line, and 59 percent report having an uncollected award or unenforced judgment valued at $10 million or more.

Despite the staggering value that companies are abandoning, legal departments still face significant obstacles in pursuing affirmative recoveries. The first obstacle is cultural. Simply put, the role of an in-house lawyer is changing, and corporate views on legal spend have not necessarily caught up to views on legal strategy. While GCs and other in-house leaders have been asked to play a strategic role in company decision making, the broader legal department is still often seen as a defensive arm of the business, built to manage cost and risk.

The second obstacle is more straightforward: The cost and risk inherent in litigation. Fortunately, with legal finance, this problem is quite solvable, as the financier assumes the cost and risk of resolving disputes regardless of outcome. This makes the tool especially powerful for legal departments with affirmative recovery targets or programmes, because they can work closely with the financier to identify meritorious matters, and in instances where there are several of them, secure financing for all of them on a portfolio basis.

Legal finance thus enables the commercially-minded legal department to be strategic about affirmative recoveries without introducing cost or uncertainty. While in-house lawyers should not expect to generate billions or to turn the legal department into a profit centre overnight, they should not neglect to pursue recoveries when their companies are wronged (something that Burford’s research shows happens all too often). As legal departments are increasingly held to the same budgetary and value-generating standards as other corporate functions, legal finance will help GCs maximise litigation recoveries, yet do so in a way that protects the company’s bottom line, avoids surprises and creates certainty around their commercial litigation and arbitration spend.

If you claim ‘a duck’, does it have to quack? – Construction of technical terms