Fixing the Gender Gap in Law with Culture and Economics

The bulk of the staff at Burford is comprised of lawyers, where women command half of all leadership positions. How do they do it? 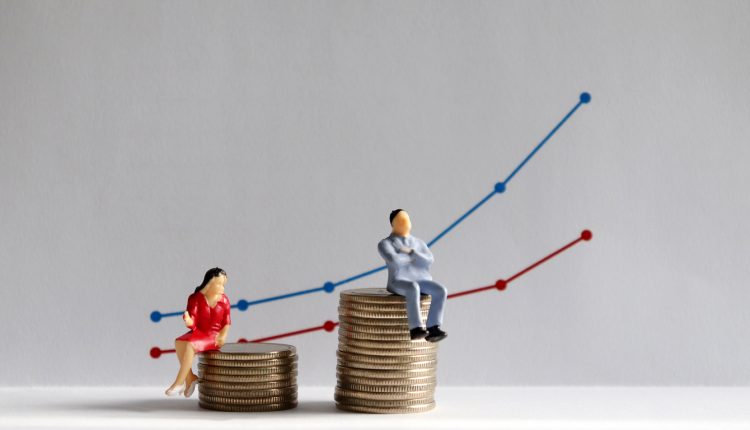 They have approached near-gender parity by recognising and rewarding the leadership qualities that women bring to the table because their business requires it. They have proven that it’s possible to grow and sustain a profitable business while fostering a collaborative and supportive environment for women.

Succeeding to build a strong team while also advancing capable, skilled women to the top of business ladder has been a result of valuing key leadership traits that are often associated with women as essential to their business, and we hear from Aviva Will, who reveals more on how other firms can also try to fix the gender pay gap within their own company.

This year marks the 100th year since the Sex Disqualification (Removal) Act, the legislation that allowed women to finally practice law, was passed in the UK. As the centenary of this landmark approaches, it is a sad fact that there remains a significant disparity in both pay and representation between male and female partners at law firms around the world. The gender gap remains a stubborn reality of the business of law–despite the best efforts of firms, clients and policymakers, not to mention the tireless efforts of women and men, to change the situation.

Figures show that female lawyers in London earned 24% less than their male counterparts in 2018.

What does gender inequality look like in practice? It starts with a wage gap and a dearth of leadership opportunities for women. Figures show that female lawyers in London earned 24% less than their male counterparts in 2018. In the US, the gap is at an incredible 53%. A McKinsey & Company report on gender diversity in the legal industry revealed that only 19% of equity partners are women, and that women are 29% less likely to reach the first level of partnership than men.  Clients are taking note of the lack of diversity and are speaking out. Recently, 170 general counsel and chief legal officers at companies like Heineken and Getty Images signed an open letter to law firms demanding greater gender and racial diversity in their partner ranks.

While the wage gap and dearth of leadership opportunities for women are troubling enough, an even more pernicious problem exists in the form of unconscious bias. The McKinsey report concludes that performance bias persists across all areas of business, including law. Men are typically assessed on their potential, whereas women tend to be assessed on their record. How might that play out to the detriment of women in law? To cite just one example: When a man takes a risk and loses, his superiors may be inclined to see his defeat as part of a learning curve and to assume that the case itself was most likely unwinnable; a woman in the same position might not be given the same benefit of the doubt and may, as a result, miss out on future opportunities.

Women are 29% less likely to reach the first level of partnership than men.

My own experience at Burford Capital, a global finance firm focused on law, offered another glimpse into the data behind the gender gap in law. For over almost ten years, I’ve looked at thousands of commercial litigation and arbitration matters worth hundreds of billions of dollars brought to Burford for potential financing—of which fewer than 10% have been led by women lawyers.

What to do about these grim figures? It would be all too easy to respond with cynicism, to throw up our hands at the prospect of fixing something as big as bias, or to succumb to frustration over the frustratingly slow pace of change. But I would argue that instead, it’s time to re-evaluate how we approach a solution to the gender gap in law—focusing on culture and economics.

At law firms, one word defines the culture: Competition. Lawyers are ambitious, and they enter an environment where they are expected to work long hours with little promise of partnership. Bringing in clients is still very much the basis for success in most law firms—receiving origination credit leads to advancement to leadership positions and longer-term payoffs, such as equity partnership. Unfortunately, women currently get far less origination credit than men. Those who bill the most or work the longest hours with the biggest clients are naturally rewarded, leaving little room for leave or career gaps. Furthermore, there are few women partners who can help mentor and guide younger lawyers through the intentionally opaque partnership process. For the almost half of associates who are women, it must feel like the cards are stacked against them from the start.

Given the reality of a culture defined by competition, we need to equip women lawyers to be more competitive—and simultaneously, to look at ways in which the business of law can benefit from a more collaborative and diverse culture.

To help women lawyers be more competitive in pursuing the kinds of new business opportunities that will help them build books of business and amass power at law firms — as well as face down potential bias when taking on potentially risky new matters — Burford in late 2018 launched The Equity Project, an innovative approach to closing the gender gap in law. With The Equity Project, Burford earmarked $50 million to finance commercial matters led by women lawyers, where the litigation or arbitration has a woman as lead partner, client relationship manager or originator, or where the case is run by a women-owned firm.

Given the reality of a culture defined by competition, we need to equip women lawyers to be more competitive—and simultaneously, to look at ways in which the business of law can benefit from a more collaborative and diverse culture.

Financing from The Equity Project shifts risk from the law firm or client to Burford, thereby enabling women lawyers to be more competitive in new business situations. With capital from The Equity Project, women litigators and women-owned firms can pitch clients knowing that they can offer attractive alternative fee arrangements. A female lawyer can show a client it’s possible to fund their litigation without adding pressure to their balance sheet. She can use litigation financing to convince her firm’s contingency fee committee to move forward with a case she might otherwise not bring to the committee. Litigation financing can help a litigator demonstrate that she’s an innovative thinker and that she’s aggressive and ambitious about landing new clients and serving them well.

An in-house lawyer can use Equity Project capital to motivate her law firm to promote women partners to lead her matters, and simultaneously generate recovery revenue that demonstrates her financial shrewdness and leadership ability. Law firms committed to gender diversity can share risks and encourage other female litigators to pitch client-friendly alternative billing arrangements to their management committees for new business. Women can pursue leadership positions in significant matters and ease pathways towards origination and client relationship credit with a competitive edge for them and their firms.

Historic progress (or lack thereof) suggests that challenging the law firm status quo and building a more inclusive culture that values teamwork and collaboration and more women in leadership positions will take more than strength of will.

In a competitive industry, financial incentives work. Having launched The Equity Project in October, at the time of writing, Burford has in its investment pipeline over $35 million worth of suitable matters against the initial pool of $50 million. Although we won’t fund all of the matters we consider, the response has been overwhelmingly positive with significant opportunities from women new to Burford.

Our Equity Project Champions have also joined us in this initiative and are helping us bring attention to the problem and ensure that women lawyers are aware of the capital available. Since October, our list of Champions has expanded to well over 20 women and men from leading law firms and corporations in the US, UK, France, Switzerland, Germany and Australia.

With The Equity Project creating immediate incentives to promote women into leadership positions in law, we are quite proud that we are able to showcase and reap the benefits of a more collaborative and diverse culture.

Although the law firm environment largely rewards competition and individual success, research shows that continuing to adhere to that approach at the expense of many women may ultimately be preventing firms from maximizing profits. McKinsey and others have shown that companies with greater gender diversity on their executive teams consistently outperform on both profitability and value creation.

Historic progress (or lack thereof) suggests that challenging the law firm status quo and building a more inclusive culture that values teamwork and collaboration and more women in leadership positions will take more than strength of will. Instead, economic incentives are needed that can help generate decisive and immediate change in women’s access to leadership opportunities. We’re confident that The Equity Project, a combination of our capital and our commitment to gender parity, can lead to real and immediate change.

Aviva Will is Senior Managing Director with responsibility for Burford’s underwriting and investment activities.

Most Recent
By Aviva Will On Jun 5, 2019 0
0
Share FacebookTwitterGoogle+EmailPinterestLinkedinTumblr