What Should You Do If You Are Fired after Filing a Sexual Harassment Complaint?

In the final part of our series with the team at Phillips & Associates, we touch on what employees often fear when putting forward a sexual harassment complaint: unlawful retaliation. 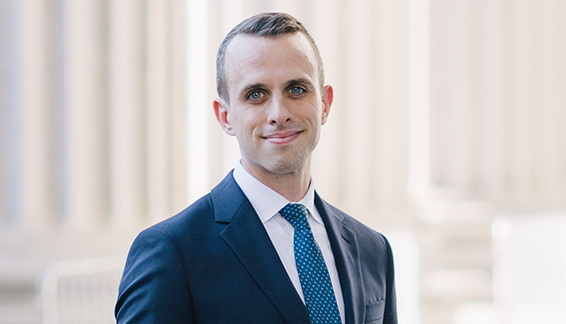 What actions should be taken by your workplace when you file a sexual harassment complaint and what rights do you have? Steven Fingerhut explains all.

What should happen after a complaint has been filed?

Employees are entitled to a work environment free from sexual harassment. Unfortunately, people still suffer sexual harassment at the hands of their co-workers, and even supervisors. Sexual harassment does not necessarily need to occur on company property during work hours to constitute unlawful workplace harassment. People experience workplace sexual harassment when they are travelling for work, and at office parties as well. If you’re subjected to unwanted sexual advances, you should make a complaint so that the issue is addressed. Employees sometimes face retaliation after complaining of sexual harassment, but there are steps that can be taken to help protect yourself against an unlawful backlash.

If the harassment can be proven, the employer may take various remedial measures.

What actions should be taken after a sexual harassment complaint is made?

An employer may handle a complaint of workplace sexual harassment in many different ways. Regardless of what actions are taken though, an employer should always take steps to help ensure that any alleged harassment will not continue. This is true whether or not the alleged harassment can be proven. If the harassment can be proven, the employer may take various remedial measures. Remedial action may include the issuance of counselings to the harasser, verbal or written warnings, a suspension, or even termination. Sometimes the employer changes employees’ schedules or work locations so that the complainant doesn’t have to work with the alleged harasser.  A complaint about workplace sexual harassment typically results in some type of investigation being conducted. It’s important that workplace investigations are handled with care. The nature of the complaint may be sensitive and an employer should prevent the complainant from suffering any unnecessary humiliation or embarrassment.

Anyone who believes they may have experienced some type of retaliation should reach out to an attorney immediately.

What kinds of actions do employers take that are unlawful or unjust?

Sometimes, when employees complain of sexual harassment, employers will take unlawful actions in an attempt to silence them. This may include termination of their employment. Many employees are fearful that making sexual harassment complaints may jeopardize their livelihoods. Employees’ reliance on their employer for a paycheck creates an imbalance of power that unfortunately, makes people reluctant to voice a complaint, even if they are victims of unlawful sexual harassment. Fortunately, there are laws that protect against this kind of unlawful retaliation. Anyone who believes they may have experienced some type of retaliation should reach out to an attorney immediately.

How common is retaliation after a sexual harassment case has been filed?

Employees in all different industries can be victims of sexual harassment and unlawful retaliation. There is even a stigma in certain workplace environments, such as in food and beverage, hospitality, entertainment, and construction. However, harassment and retaliation are not uncommon in other areas including the financial industry, on wall street, or large corporate environments as well. Clients in our office include teachers, medical professionals, restaurant servers, government employees, consultants, salespeople, and financial advisors, just to name a few.

Generally, if you’ve suffered workplace sexual harassment, it’s important to make a complaint to a supervisor and/or human resources representative in writing.

What laws protect employees against retaliation?

Fortunately, employees may be protected by various federal, state, and city laws which prohibit certain kinds of harassment and retaliation in the workplace. There are substantial protections for employees that work in the City of New York in particular. The New York City Human Rights Law contains some of the most broad and progressive protections for employees in the country. It’s important to know that in New York City, independent contractors are also protected against sexual harassment and retaliation. Additionally, New York City companies of any size are subject to the City Human Rights Law’s prohibition against sex harassment and gender-based discrimination.

By putting your complaint in writing, you are protecting yourself by creating a record that you have engaged in a protected activity.

What do you think is the best way to protect employees who are concerned about being retaliated against for complaining of sexual harassment?

Generally, if you’ve suffered workplace sexual harassment, it’s important to make a complaint to a supervisor and/or human resources representative in writing. This constitutes what is called a “Protected Activity.” As the term suggests, it is a kind of speech for which you cannot legally be retaliated against. By putting your complaint in writing, you are protecting yourself by creating a record that you have engaged in a protected activity. Even though it’s against the law, employers sometimes terminate their employees after they voice complaints of sexual harassment. Keeping sexual harassment complaints in writing may make an employer think twice before unlawfully terminating an employee that’s complained of sexual harassment.

If your employer has an employee handbook or employee manual, it may provide direction for making a complaint of sexual harassment. You should feel comfortable to make such a complaint to any of your direct supervisors, but an employee handbook may also direct you to complain to a human resources department, or even a telephonic complaint hotline. Remember though, if you make a complaint telephonically, it’s also a good idea to voice that complaint in an email. You want to make sure that there is a record that you complained. Making a complaint verbally could be productive, but it might not help protect you should you be unlawfully retaliated against.

Making a complaint verbally could be productive, but it might not help protect you should you be unlawfully retaliated against.

Some employees also keep an “Employment Journal” in which they keep track of anything related to workplace sexual harassment which they believe they’re suffering. An employment journal is a good place to document what act of harassment occurs each day, and any notes related to complaints made. Each entry in the journal should be dated and should describe who was present for each incident.

Suffering an unlawful retaliatory termination is no small matter. Anyone who has been terminated close in time to having complained of sexual harassment should consult with an employment attorney immediately. It might be appropriate to take legal action after being fired subsequent to making a sex harassment complaint. If you lose your job due to unlawful retaliation you may be entitled to compensation for various kinds of damages including lost wages, emotional distress damages, and attorney’s fees. Lost wages typically describes the amount of pay a person would have earned had they not been unlawfully terminated. This amount could be a calculation that is not necessarily straightforward and should contemplate fringe benefits. Some plaintiffs can also seek front pay, which is an amount meant to compensate for the wages a person might have earned for some period of time in the future, had they not been unlawfully terminated. This can also be difficult to calculate.

In certain circumstances, a person who’s been unlawfully retaliated against may also be entitled to punitive damages. Punitive damages are an additional monetary amount which is meant to punish an employer for engaging in some kind of reckless or wanton violation of the law. Punitive damages reflect, in part, the employer’s ability to pay, which naturally will vary from company to company. This type of damage cannot be calculated without assessing the company’s finances.

Retaliation may be any material change in the terms and conditions of a person’s employment.

Other than termination, how else do employees suffer unlawful retaliation?

Employees may suffer unlawful retaliation due to their sexual harassment complaint in a variety of ways. Retaliation may be any material change in the terms and conditions of a person’s employment. This includes, a reduction in pay, a demotion, a transfer resulting in a significantly worse commute, or an adverse change to work hours. For instance, if an employee with seniority is suddenly required to switch from their steady Monday-Friday, 9 am to 5 pm schedule, to graveyard, 12 am to 8 am shifts, including weekend work, this may constitute an adverse employment action. Likewise, if an employee is transferred from their longstanding worksite which is close to home, and has to begin working in a different borough with twice as long of a commute, this may also constitute unlawful retaliation. Employees should be wary of significant changes to the terms of their employment, such as the examples described, if they follow closely in time after their complaint of sexual harassment. In certain instances, employers attempt to force their complaining employees to resign, by making their work conditions more burdensome.

An employee who feels that they are being forced to resign should consult with an attorney before throwing up their hands and shouting, “I quit!” at their employer. The resignation may actually be what the employer was hoping for and there are more thoughtful ways to handle such a situation.

Sometimes, retaliation comes in the form of exacerbated hostility from the employer. An employer may have sense enough not to terminate the employment of a person that complains of sexual harassment, but if they suddenly become hostile, it may in and of itself constitute retaliation. If you believe you are suffering increased workplace hostility from your employer as a result of a sexual harassment complaint, you should consult with an attorney immediately.

Steven Fingerhut is an employment litigation associate at Phillips & Associates. He  provides vigorous representation to individuals who have suffered from  workplace discrimination and harassment in New York City and need an attorney to protect their rights. At trial, Steven Fingerhut, with co-counsel, obtained a judgment in the amount of $77,054.64, including attorney fees and costs, for their client who was discriminated against by her supervisor and wrongfully terminated from her employment due to her pregnancy. (Weng v. Fancy Lee Sushi Bar & Grill, Inc., 2017 U.S. Dist. LEXIS 183657 (E.D.N.Y., Nov. 18, 2017)).

Mr. Fingerhut is an active member of the National Employment Lawyers Association (“NELA”) as well as the New York State Trial Lawyers Association (“NYSTLA”). He was selected as a “Rising Star” in New York by Super Lawyers and has also been recognized by various other legal organizations such as the American Institute of Legal Counsel, the Lead Counsel Review Board, and the Best Attorneys of America.

Most Recent
By Steven Fingerhut On Mar 1, 2019 0
0
Share FacebookTwitterGoogle+EmailPinterestLinkedinTumblr