How Wealthy Couples Can Avoid a Bezos Divorce

With the richest couple in history, Jeff and MacKenzie Bezos, announcing their divorce at the start of 2019 in headline grabbing news, Matrimonial Consultant and Divorce Lawyer Sheela Mackintosh-Stewart shares with Lawyer Monthly advice on how wealthy couples can avoid a hellish divorce. 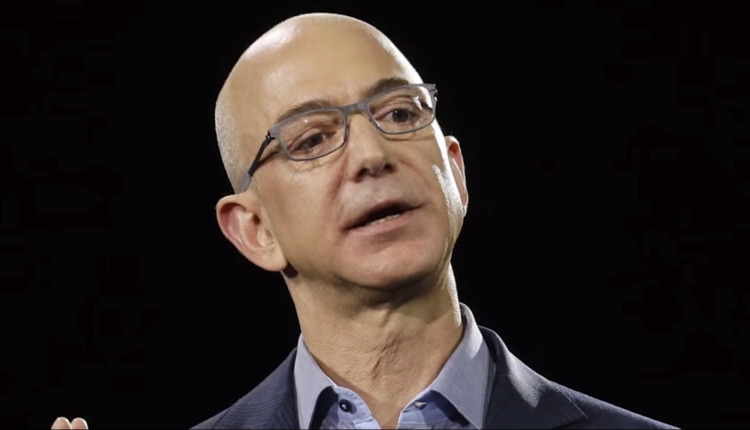 Last month, Amazon founder Jeff Bezos and his wife MacKenzie announced their split on twitter after 25 years of marriage. The pair emphasised that the split was mutual, that they had no regrets and would ‘do it all again’. Their statement is highly commendable but despite the current show of unity, the divorce proceedings and the financial untangling of Mr and Mrs Bezos are likely to be complex, even if the couple part on amicable terms.

The reality is, it’s very easy to get married but much harder to get divorced – particularly when you are the richest couple in the world. I’ve seen even the most well-meaning divorces end in bitterness and feud especially where big money is involved as most people become uncompromising and greedy with toxic battles for supremacy, power play and dominance.

With this in mind, here is my clear advice on how to avoid the high net worth divorce from hell.

Negative media and bad publicity are the common foe of wealthy and celebrity couples that split. Many forget to consider this in their anger to hit out at each other online, allowing their ‘dirty laundry’ to be publicly aired. It is highly advisable that couples appoint a joint press spokesperson to give a joint announcement and agree that neither will go public on their own. Rather than allowing gossip, keep the media informed by openly clarifying the children’s arrangements or the divorce date, before the media find out themselves. If there are other new partners involved, make sure the spouse knows first rather than finding out through the gossip columns.

Most importantly, a couple should try to resolve their divorce through negotiations or mediation and never through social media. Divorcing couples tend to have overlap in their social and business worlds so maintaining dignity and doing the right thing will be noted by onlookers.

London is dubbed “the divorce capital of the world” because Courts tend to award very generous financial settlement orders on wealthy wives redistributing assets held behind trusts, companies and other marital assets.

‘Forum-shopping’ for the best most advantageous country for a divorce is a common tactic for wealthy international families having some connections with England, with both parties scrambling to file divorce papers in countries more financially advantageous to them. It is crucial to seek specialist legal advice on the complexities of cross-border divorce at the earliest opportunity to protect your financial position and avoid being at a financial disadvantage. If both issue a divorce in different countries, then be prepared to be embroiled in long and tortuous proceedings costing eye-watering fees.

It is always advisable instead to resolve the divorce amicably and swiftly as being locked in continuous litigious battles benefits no one, least of all the children.

Use a marital agreement (including prenuptials)

MacKenzie and Jeff don’t appear to have a prenuptial. Entered into before or during a marriage, these contracts address how marital assets, including ring-fencing business shareholding and assets, are dealt with and divided upon divorce. Such marital agreements are still not a big part of English culture, with many viewing prenuptials as planning to fail and undermining a marriage.

These marital agreements are not legally enforceable in the UK and consequently there is no absolute guarantee of financial protection on divorce. However, a well-drafted marital agreement prepared well in advance of marriage and following the necessary legal guidelines is highly advisable. They can provide some clarity, certainty and peace of mind in the event of divorce, and if adhered to and upheld by the Court, can keep costs, legal wranglings and bitter disputes to a minimum on divorce. The Court in the ground-breaking Radmacher case in 2010 confirmed this ‘The court should give effect to a nuptial agreement that is freely entered into by each party with a full appreciation of its implications unless in the circumstances prevailing it would not be fair to hold the parties to their agreement.”

A well-drafted marital agreement prepared well in advance of marriage and following the necessary legal guidelines is highly advisable. They can provide some clarity, certainty and peace of mind in the event of divorce, and if adhered to and upheld by the Court, can keep costs, legal wranglings and bitter disputes to a minimum on divorce.

There are no winners only unhappy families and avid one-upmanship

No matter how rich one is, there is no victory in divorce, even though one party may receive substantial sums of money or custody of the kids, as something whole which existed is now broken. Your confused mutual friends are likely to take sides, your children will be worried about how it will affect them and you will struggle to cope. In high net-worth divorce, the big financial stakes will bring even more strong destructive emotions, often clouding reason and compassion with the continuous flow of vicious and acrimonious ‘ping-ponging’ between lawyers tearing families apart even more.

Wives must avoid the common temptation to use the most powerful ‘weapons’ at their disposal to punish husbands – blocking his contact with kids. Statistics reveal that up to half of all fathers lose touch with their children within two years of divorce. Likewise, husbands must ensure their lawyers don’t send aggressive accusatory letters, alleging unsavoury and false accusations about their wives including their unfitness to be mothers. These are not ‘victories’ to celebrate – why use a sledge hammer to fracture the family’s well-being even more.

Always try to reach an amicable settlement yourself first, if possible

UK Family law is centred on working out and achieving fairness and fair outcomes in divorce financial settlements. If a couple amicably reaches a settlement themselves, without the assistance of lawyers, it is very rare for the Courts not to uphold it, unless there was duress or undue influence exerted by one party. It is highly advisable and better for post-divorce family relations for couples to manage and resolve divorce in the most amicable and loving way.

The Bezos had a long 25 year marriage and their vast wealth was clearly accumulated during their marriage. MacKenzie has undoubtedly contributed to her husband’s enormous success of what Amazon is today including her efforts with the children, family and household. Jeff couldn’t have done what he did without her. If this was a UK divorce, she could expect an equal share in all the marital assets.

However, should Jeff decide to ask for a larger share of marital assets due to his ‘special contribution’ in creating such a phenomenal level of wealth, in the UK the threshold to succeed is exceptionally high, with only half a dozen cases succeeding to date. In the interest of family harmony and unity I question if he should even contemplate fighting for every last million when the largesse is way more than sufficient for them both to share equally. We await with interest the outcome of their case, to be decided in the US.

Bad conduct is another common feature in big money cases and one of the factors that Courts have to consider on divorce. My client suffered a serious heart attack, spending weeks in hospital during divorce proceedings. His wife behaved very badly, taking his credit card for a large spending spree and setting up her lover in the marital home with her young children. This is how not to conduct a divorce. The Courts penalised his wife in their financial settlement due to her bad conduct and the resultant trauma it had caused the children.

Offshore havens are often tempting and commonly used destinations for the wealthier spouse (usually the husband) to hide marital monies, as they are difficult to trace, with these spouses pleading poverty and wives spending vast sums and years trying to locate assets through private investigators. This was evident in the unhappy case of Michelle Young, who became crippled with debts after pursuing her husband’s hidden offshore accounts. Avoid using these tactics to short change your spouse as such acts inevitably destroy family relationships.