#metoo: What Is Sexual Discrimination and How Do the Claims Work?

We hear from Lawyer Monthly’s trusted employment lawyers at Phillips & Associates, where we discuss sexual harassment and gender discrimination in the workplace. 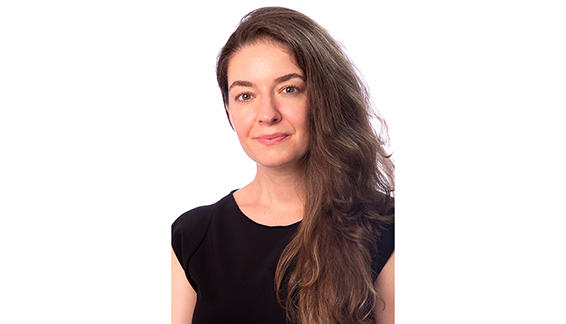 What accounts towards discrimination and what are your rights? Jessica Massimi tells all.

Some women may not be fully sure to whether they are being discriminated against in their workplace or not. Can you please share what accounts towards discrimination?

Additionally, an employer cannot treat its employees differently on the basis of their gender with regard to their compensation, benefits, and terms of employment.

It is important to know your rights as an employee. New York State is, generally-speaking, an “at will” employment state, which means you can be terminated from your job for any non-discriminatory reason. However, there are federal, state, and city laws in place which do protect workers from discrimination and harassment. Additionally, an employer cannot treat its employees differently on the basis of their gender with regard to their compensation, benefits, and terms of employment.

It is important to consult with a lawyer if you believe you are being subjected to discrimination or harassment, because there are strict time limitations that you must comply with if you intend to file a case. The law on this topic can be complicated and it is important to seek out a skilled and experienced attorney who knows how to litigate these cases.

Title VII and the New York City Human Rights laws create different standards which must be met by a Plaintiff in order to prevail on a gender discrimination claim. Under title VII, the Plaintiff must demonstrate that they were subjected to a hostile work environment.

To prevail on a hostile work environment claim pursuant to Title VII, a plaintiff must demonstrate that the workplace was permeated with discriminatory intimidation that was sufficiently severe or pervasive to alter the conditions of their work environment. This can be a difficult standard to meet, and it only applies to employers with 15 or more employees.

A plaintiff must demonstrate that the workplace was permeated with discriminatory intimidation that was sufficiently severe or pervasive to alter the conditions of their work environment.

Quid pro quo sexual harassment is just another way in which an employer, in violation of Title VII, makes an employee’s sex relevant to an employment decision.

What would you advise be their first point of action if they believe they are being discriminated against?

Every situation is different and there is no blanket advice on how to handle such a situation. It is always important to document what is happening, which may include just keeping personal notes with dates, times, the names of witnesses, and any comments or touching that took place. It may also be advisable to tell a friend or family member.

Should the potential victim collect evidence? Or is it best for them to wait until legal action has been made?

The target of the harassment or discrimination should always maintain any evidence in their possession, such as text messages or emails, and they should be sure not to destroy any evidence. Once the employee obtains an attorney, that attorney will generally send a letter to the employer notifying them that they have been retained and warning them to preserve evidence related to the claim of discrimination or harassment.

In other words, the harassment need not be quid pro quo to be actionable.

When filing a claim, does everything else carry on as normal, or should the employee or accused remain out of the workplace? i.e., what is the best process during legal proceedings?

Again, every situation is different. In many instances, the employee has been terminated as part of the discriminatory action before they seek out a lawyer. If an employee is still employed by the harasser, a lawsuit can still be filed. Under these circumstances, there a few different courses of action that can be taken, such as remaining at the job while the case is litigated, or negotiating a leave of absence during the pendency of the litigation. Often, in exchange for a monetary settlement, the employer will ask for the employee’s resignation as part of the settlement terms.

The process is complicated and time consuming, which is why it is advisable to hire a lawyer.

What should employees expect after the accusation has been filed? How long does it usually take to come to an agreement?

It can take weeks or years, and sometimes there is a trial instead of a settlement. Many attorneys will try to settle a case on behalf of a client who has been discriminated against, by sending a claim letter and by attempting to engage in a pre-suit discussion. If pre-suit settlement is not possible, the attorney may either file the case in state court or, if the case is going to be filed in federal court, file a charge of discrimination with the Equal Employment Opportunity Commission to preserve the client’s federal claims. The EEOC then issues a “Right to Sue” letter and the case can be filed in federal court. If the case is filed in federal court, it may take six months or more to complete discovery and get a trial date. So, the process can take time, and it often depends on several factors, such as the type of employer and what evidence exists. The process is complicated and time consuming, which is why it is advisable to hire a lawyer.

At Phillips & Associates, we handle all types of employment discrimination, including discrimination related to pregnancy, gender, sexual orientation, disability, national original, and age.

In addition to employment discrimination matters, I also litigate police misconduct and civil rights cases on behalf of individuals against the New York City Police Department.