The Bribery Act: Time for Change?

The House of Lords has been told that there is a sense of unfairness when it comes to bribery, with the big corporates facing less prospect of prosecution than their smaller counterparts. 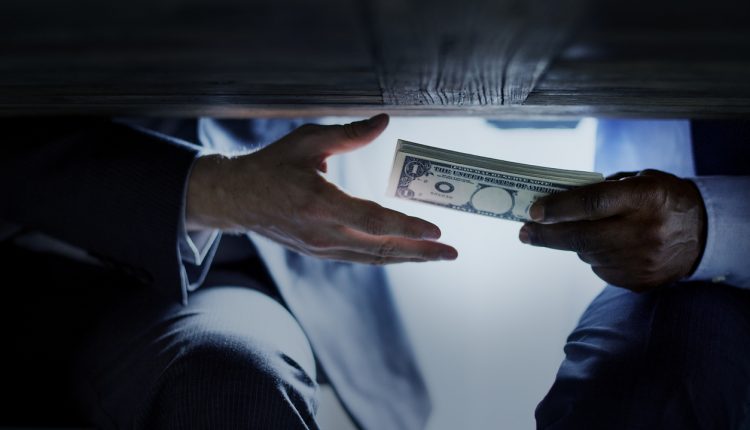 With the House of Lords examining the effectiveness of the Bribery Act, Aziz Rahman at Rahman Ravelli, considers the issues surrounding corporate liability and bribery.

This claim was made by lawyers to a House of Lords committee. They told the committee that some in business felt it was unfair that the authorities could easily identify the controlling mind of a smaller company, thus enabling a prosecution, whereas they struggled to do this with larger companies, who could then avoid being prosecuted.

The committee, which has the task of examining and reporting on the effectiveness of the 2010 Bribery Act, has had to consider this issue of the controlling mind. It is not merely bribery where the issue of corporate liability could be said to be more troublesome for smaller companies. But the evidence does suggest that its effect in bribery investigations has been notable in the UK.

The law on corporate liability in the UK means that it can be very hard to prove that a company is criminally liable for the criminal activity of an employee. That is the case even if the company benefits from that conduct, as is likely to be the case when bribery is committed. The company will only be liable if it can be established that the person or persons who carried out the illegal activity were sufficiently senior that they could be considered the ‘controlling mind and will’ of the company. For the purposes of corporate liability this tends to mean someone at or around board level in a company.

In the UK, the fact that illegal acts were committed by an employee while they were working for a company does not automatically make the company liable for those actions. Apart from a few exceptions, vicarious liability or poor corporate governance cannot form the basis of a prosecution based on establishing corporate criminal liability.

In the UK, the fact that illegal acts were committed by an employee while they were working for a company does not automatically make the company liable for those actions.

This means there are very obvious difficulties when it comes to establishing criminal liability against companies where it is hard to determine exactly what the management structure is; due to either its size or complexity. With smaller companies, however, with fewer employees and a more straightforward and identifiable management structure, establishing corporate liability is far easier.

This is the case with many offences. And bribery is no different: a fact that has been borne out by the Bribery Act investigations we have witnessed so far. The only prosecution has been of a modestly-sized company, Skansen, whereas the engineering giant Rolls-Royce escaped with a fine and a deferred prosecution agreement.

The Skansen case should certainly be viewed as a cause for concern for both the House of Lords committee and anyone in business who is determined to tackle or prevent bribery.

Skansen was an office refurbishment company, employing about 30 people. It won two contracts in 2013 after its managing director paid two bribes to gain the work. When a new chief executive officer was appointed, an internal investigation began, an anti-bribery policy was devised and the managing director and its commercial director were dismissed.

The company also filed a Suspicious Activity Report (SAR) to the National Crime Agency, reported the matter to the City of London Police and cooperated fully with the police investigation. But it was still charged with failure to prevent bribery, under Section 7 of the Bribery Act.

Skansen’s argument that it had policies in place that emphasised honesty, did not require a sophisticated anti-bribery procedure due to its size and had financial controls in place failed to persuade the jury that it had had adequate procedures to prevent bribery – which is the only defence against a Section 7 charge. Skansen was convicted in February this year, even though by then it was a dormant company with no assets; resulting in it being given an absolute discharge.

To summarise, therefore, the Skansen case saw a small company that had both tried to prevent bribery and cooperated fully with the authorities convicted of bribery after it had ceased to function.

It is a stark contrast to the case of Rolls-Royce. The UK’s Serious Fraud Office (SFO) found conspiracy to corrupt or failure to prevent bribery by Rolls-Royce in seven countries – Indonesia, Thailand, India, Russia, Nigeria, China and Malaysia. Tens of millions of dollars were spent in order to secure business over almost 25 years.

The four-year investigation into systematic bribery over three continents was the biggest in the history of the SFO. Sir Brian Leveson, President of the Queen’s Bench Division, stated at the conclusion of the investigation that “the conduct involved senior (on the face of it, very senior) Rolls-Royce employees”.

Thirty eight employees faced disciplinary proceedings. Eleven left the firm during the disciplinary process and six were sacked. Rolls-Royce also reviewed 250 intermediary relationships across the company – of which more than 80 were suspended – and apologised “unreservedly” for the bribery, which it openly admitted.

And yet Rolls-Royce was not prosecuted. Instead, it paid £497m plus costs to the SFO under the terms of a deferred prosecution agreement (DPA). A DPA involves a company meeting certain conditions in order to avoid prosecution. With Rolls-Royce, its huge fine – which it is paying over a five-year period – may well be a bitter pill to swallow. It also has to pay £141M to the US Justice Department, and a further £21.5m to Brazilian regulators. But, crucially, it has avoided a criminal prosecution.

If we consider that Rolls-Royce gained a DPA after more than two decades of multi-million dollar organised bribery across the world while Skansen was convicted over two bribes that totalled £10,000, the scales do seem to be tipped more favourably towards the big corporates. While it may not be as clear cut as saying that there is one rule for the big boys and another (much tougher rule) for the smaller companies, the two cases highlight the difference in approach that has been taken.

The cooperation provided by Rolls-Royce when the investigation began has been highlighted as helping it secure a DPA. Yet Skansen cooperated with the authorities. It also reported its bribery to the authorities – which is more than Rolls-Royce did.

The two cases have been cited by those who argue that prosecutors are looking for the easier convictions, which will most likely mean the smaller companies are the ones being prosecuted. But the situation may not be as black and white as saying there is a clear preference for prosecuting the smaller companies.

As we mentioned earlier, prosecutors may simply believe it is too difficult to secure the conviction of a company for bribery if they think they will struggle to prove that the directing mind and will of the company was involved in the offence. When it comes to proving this, there can be little doubt that the large and multinational management structure of Rolls-Royce would present a greater challenge than that of Skansen.

…prosecutors may simply believe it is too difficult to secure the conviction of a company for bribery if they think they will struggle to prove that the directing mind and will of the company was involved in the offence.

But there is also the question of resources. Bigger corporates have deeper pockets and are more capable of making long-running legal representations to the authorities regarding the reasons why they should not be prosecuted. Taken to their most cynical conclusion, such representation could even involve the corporate arguing that they were not to blame as the wrongdoing was all the fault of rogue individuals. The result can then be certain employees within a corporate being prosecuted while the corporate remains conviction free. In contrast, smaller companies will rarely have the time or easy access to the relevant expertise to put up such a sustained defence to the allegations.

The Bribery Act was a necessary piece of legislation. But the challenge facing the House of Lords committee is to make sure it is being implemented in an even-handed way so that companies of all sizes can be sure they are being treated equally fairly.