Environment Planning: What Should Developers Be Aware About?

Having been involved with environmental impact assessment, land use planning and inquiry representation since 1988, Jaquelin Clay BSc MSc CMLI FAE is a leader in advising both public sector and private sector developer clients in facilitating planning permission. 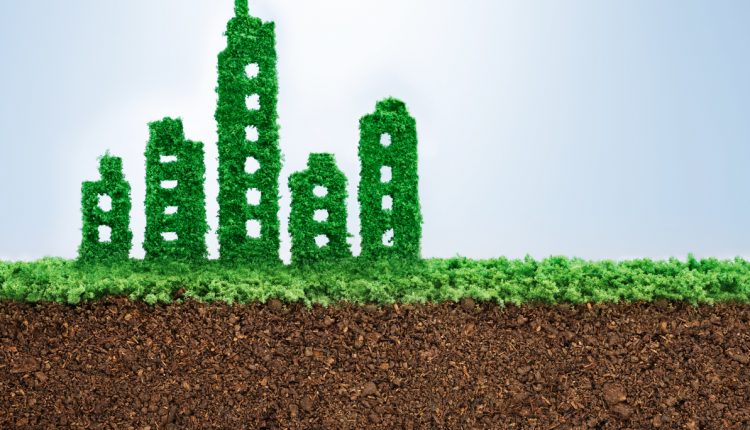 She reveals more on legislation developers should be aware about, growing environmental concerns which affect planning and regulations which need to be updated.

What are important parts of EU legislation that property developers/developers should be well versed on?

From my perspective there are three areas of legislation: The National Planning Policy Framework as revised in 2018; UK legislation implementing the Habitats Directive; and, legislation related to Environmental Impact Assessment (EIA). While the UK will soon leave the EU, the EU driven legislation is unlikely to change, especially as we are signatories to the Bern Convention, which pre-dates but is similar to the Habitats Regulations in its intent.

The main risk is not prosecution, but the slowing down or failure to progress a planning application.

The requirement for EIA is well-established in UK law and is unlikely to change. There is a lot of confusion regarding EIA: only a small number of projects require it. I have quite a few clients who think it is useful to voluntarily submit an EIA, but my advice is to always avoid this, if possible, using the process whereby a project can be formally screened out of the requirement. Except for its use as a process (evaluating fully the environmental ramifications before freezing the design), EIAs are costly, time-consuming and slow down planning approval. They do not substitute for planning obligations, and indeed do not carry the weight that planning obligations do.

A seller’s pack should include up to date survey information that must be produced to best practice standards and to have been undertaken by competent ecologists.

If they are not well versed on such legislation or regulations, what legal sanctions can they potentially face?

The main risk is not prosecution, but the slowing down or failure to progress a planning application. Applications for development move through the system very slowly. If the requirements of the Habitats regulations are not met, then a planning application may not even be registered, never mind approved. What clients often do not realise is that the competent authority has a duty to consider the effect of development on species afforded special protection. If the information on species, usually presence and population size, is not provided with the application, it will be refused due to the risk to the local planning authority. The LPA will not stick its neck out; it wants the data and all of the legislative boxes ticked.

It is unlikely that a client would get to the point to where they could be fined or sanctioned. It is far more likely that they fail to get planning permission. Maximum environmental fines are not large, especially in relation to the lost opportunity cost of development not getting approved. The costly environmental fines are in breeches to various Environment Act Regulations, but these usually apply to industries, not to developers.

Prospective purchasers should check ecological constraints prior to purchasing; can you share what they should be looking out for?

A seller’s pack should include up to date survey information that must be produced to best practice standards and to have been undertaken by competent ecologists. The purchaser should read these carefully, particularly in relation to findings, recommendations for further survey, and any reference to licensing. If ecological constraints are present, these do not preclude development, but may have cost and timing implications.

Most ecological constraints are not particularly onerous and can be worked around. The need to take into account the protection of bats is probably the most common issue and can create some design challenges if refurbishing a building where bats are found. I also find that the presence of high-quality trees can be quite a constraint and am working on a project now where the designers will need to be innovative on foundation construction. My understanding in that case is that the initial purchase site survey by the buyer did not take note of a significant tree line on the boundary of the site. Obvious site constraints always need to be considered.

There has been some movement in the Agencies to update European Protected Species Licensing, but they have a long way to go.

With ever-growing environmental concerns, can you share ways in which businesses can be more proactive in ensuring their new construction venture is as environmentally friendly as possible? Building Regulations incorporated in 2013 the key elements of Code for Sustainable Homes, so it is not difficult for business to meet sustainability targets simply by complying with regulations. The NPPF also incorporates a range of ways that any permitted development is likely to be environmentally friendly. I would always recommend that a client go the extra distance to identify areas where environmental enhancements can be incorporated, and I would also encourage partnership working with local wildlife groups, to help support local targets in terms of protecting and enhancing wildlife and habitats. Green space within and around development is vital, and involving new residents or users of a development can increase community cohesiveness and also improve sell-on prices for residents. The “value-added” created by Green Infrastructure is now well-documented and developers should look for opportunities to maximise this. Value is not only created by maximising floor space.

Moreover, are there any regulations that you think need updating?

There has been some movement in the Agencies to update European Protected Species Licensing, but they have a long way to go. Once we leave the EU, then the validity of the Habitats Regulations as they stand may be challenged. The licensing system used in the UK to meet the requirements of the Habitats Directive was a very awkward and legalistic “fix”, which cries out for improvement. A system which nationalizes the protection of species and habitats, rather than dumping it on developers on a site by site, un-strategic basis, would be a far better way to resolve the very real issue of habitat fragmentation and species population decline. However, until Brexit is resolved, there is little government energy being directed towards regulatory review.