The SFO: Rising Raids and the Right Response 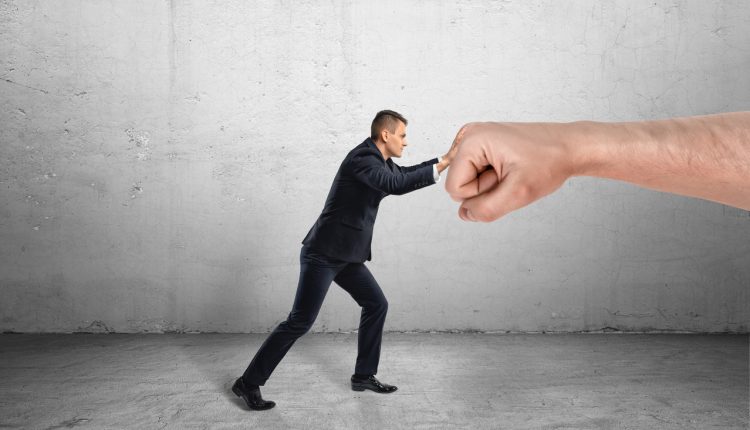 Figures just released show that the SFO is increasing its use of raids in criminal investigations. Aziz Rahman, of business crime solicitors Rahman Ravelli, explains how and why such raids should be challenged.

The number of raids carried out by the Serious Fraud Office (SFO) to gather evidence for criminal investigations more than tripled in the past year.

The SFO carried out 30 raids in the last financial year, compared to just nine the previous year. This figure is the highest for six years. These statistics could be seen as an indicator of a more “in your face’’ SFO – an organisation that is increasingly on the front foot when it comes to investigating white-collar crime.

Whether the September arrival of Lisa Osofsky, a former United States prosecutor, as the new SFO Director will mean the current rate of raids being maintained remains to be seen. That will depend as much on the nature of the cases that make their way to the SFO as it will on Ms Osofky’s personal approach to the role of the organisation she is taking over. While the higher raid figures could be proof of a more aggressive SFO, it could just be that the caseload at that time required more raids than in recent years.

It would, therefore, be premature to read too much into the increased number of raids. Maybe if the figures stay high – or go even higher – in the next few years, we will be able to say with certainty that the SFO is increasingly keen to raid those it suspects of wrongdoing.

For now, however, the only real certainty is that the SFO is currently carrying out more raids as part of its criminal investigations than it has for a number of years. And that makes it even more important that any individual or organisation that is the subject of one knows how to respond.

The wrong response to an SFO raid can be damaging to anyone who comes under investigation. What must also be remembered, however, is that a considered, intelligent response to a raid can go a long way to stopping an SFO investigation – or at least ensuring there are plenty of grounds for challenging the SFO’s assumptions, allegations and actions if and when a case goes to trial.

A raid is an important early stage of an investigation. The right response can certainly minimise the damage to the subject of one. Such a response involves knowing your legal options when a raid is carried out so that the agency carrying out the raid – whether it be the SFO or other organisation – does not exceed its powers.

Basic checks on whether there is legal authority for the raid and exactly what type of raid can be carried out need to be made. Also, are those individuals looking to carry out the raid named on the appropriate paperwork? Can they prove their identity? Is the mandate for the raid for the right period of time? These checks may not, on their own, seem such a major step. But they can prevent any abuse of procedures.

A similar, cautious approach is necessary once a raid begins. Anyone who is raided needs to make copies of any documents taken and take notes of any discussions between them and those conducting the raid. Those carrying out the raid must also be followed so that they do not take anything they are not allowed to and do not read anything that may be covered by legal privilege.

Investigating authorities must apply for a warrant to raid a premises. Most are issued under the Police and Criminal Evidence Act 1984 (PACE). Rules must be followed regarding the application for a search warrant and the conduct of the raid: if they are not followed, the search and the warrant could be quashed and any property that has been seized may be ordered to be returned. If a defence team can find a breach of any of the rules, it can challenge the legality of the warrant, the raid and any resulting prosecution that an investigating authority brings.

An example of this was Chatwani and others V the National Crime Agency [2015]. The NCA had obtained search warrants for ten defendants and their companies as part of a money laundering investigation. But the case ended with the NCA having to accept that its raids were unlawful and the court ordering that it could not keep any material seized in the raid or any copies of it that had been made. This was because the defendants’ lawyers argued successfully that the NCA had not disclosed all relevant matters to the court when applying for search warrants, had not specified what it was searching for when applying for the warrants, had exceeded the warrants’ scope by seizing personal possessions and had not disclosed that it intended to plant listening devices during the raid.

As a case, it shows the importance for the authorities of following the letter of the law in all aspects of the planning and execution of a raid. This was also demonstrated in R (Cook) v Serious Organised Crime Agency [2011], when warrants were issued and searches carried out but schedules to the warrant were not left at the searched premises, as required. The result was the seizure of the items being ruled unlawful and SOCA having to pay damages and certain legal costs. This case also established that unlawful seizure could not be rendered lawful by any subsequent re-seizure.

It must also be noted that the SFO has had legal problems of its own arising from a failure to plan and conduct a raid in accordance with the law.

In 2011, the Tchenguiz brothers, Vincent and Robert, were both raided by the SFO in relation to suspected misconduct regarding the collapse of an Icelandic bank. But the SFO ended up reaching costly financial settlements with each brother after it was shown to have over-emphasised certain aspects of the case while applying for the search warrants. The SFO had failed to produce all relevant material, made at least one serious factual omission and demonstrated what the court heard was a “lack of understanding’’ of the brothers’ dealings.

But such findings were only made after the brothers challenged the conduct of the SFO. Any such challenge requires a careful examination of the legal arguments put forward by the SFO – or any other agency – when it seeks a warrant for a raid and its subsequent conduct during the raid.

The law makes provision for legal challenges to be made to any agency’s activities in relation to a raid.

Section 21 of PACE gives people certain rights of access to their material that has been seized. While officers involved in raids may believe they can take what they want and hold it indefinitely, this is not the case. The Supplementary Attorney General’s Guidance -The Guidance on Disclosure of Digitally Stored Material (July 2011) sets out limits regarding what those carrying out the raid can do with digitally-stored material.

There is scope for a defence team to hold to account anyone involved in a raid who exceeds their powers. The comprehensive scheduling of all seized material, the swift return of computers and no unauthorised copying of material – such as material covered by legal privilege – are matters that can be scrutinised by the defence for any errors on behalf of the raiding agency. And this can all be done before any further challenges are mounted regarding issues such as the reliability of evidence or the validity of the arguments and assumptions that the prosecution are relying on.

It is important to remember that although raids are never pleasant and may be of great use to investigating agencies such as the SFO, they can present opportunities for a defence team to stop an investigation in its tracks if errors have been made by the authorities.

Not every error will lead to a search warrant being quashed. But challenges are, in our opinion and experience, often worthwhile – and a strong, early chance to halt an investigation.