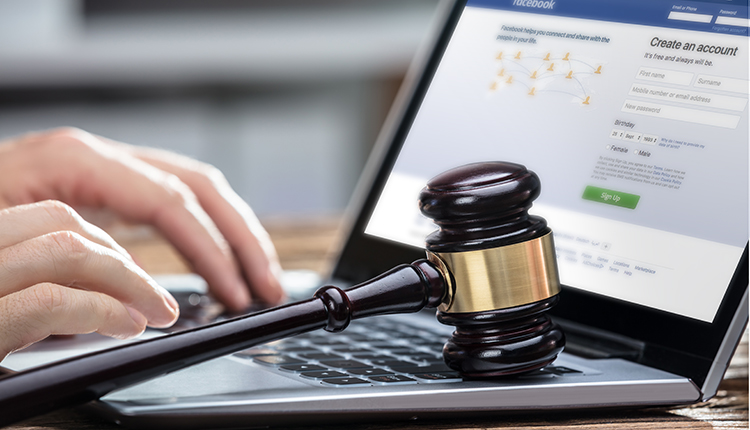 Facebook Inc. is built into the daily lives of most westerners, whether in social life, business or communities. Going a day without Facebook is a challenge and many can very easily admit they couldn’t live without it.

On the other hand, there is a rising group of people who are unhappy with the supposed exploitation of information, user engagement and sales opportunities from Facebook’s part. The #deletefacebook movement is on the rise, and those invested in their own privacy are increasingly concerned about using the social media platform, sharing their photos or adding their personal details to their page.

Even Brian Acton, ex-boss of WhatsApp, another social messaging app that was bought by Facebook  in 2014 for $19 billion, joined in with #deletefacebook.

It is time. #deletefacebook

Some even believe Facebook is always listening… The propagation of smart and appropriate user directed ads on Facebook ahs led many users to misunderstand the systems Facebook has implemented to show the right ads to the right people. Many seem to think Facebook hears your conversations and tries to sell you on the back of them.

In extreme cases, some have gone as far as trying to sue Facebook for misuse of their data or likeness. But is such a thing even possible? And even if you did sue Facebook, would you have a leg to stand on?

In the first quarter of 2018, Facebook was hit with a major scandal that really pushed worldwide privacy worries over the edge; Cambridge Analytica. The ordeal that took place led to government investigations into Facebook’s processes, in particular regards to political campaign ads, and severely angered many users, to the point some threatened and tried to sue. One group got together to present a 27-page letter to Facebook, threatening a lawsuit on the grounds of breaching British data privacy regulations. In the US, many businesses and individuals filed very real lawsuits against Facebook, but the social media giant stood to defend them.

This is one of many lawsuits Facebook has faced on the back of its data policies, ad monitoring, and political campaign advertising operations. Let’s take a look at some others.

In March 2018, three users brought a lawsuit to Facebook claiming it had been documenting their calls and text messages, facts which Facebook acknowledged but said the users had opted in on via their smartphones.

In April 2018, popular journalist and TV star Martin Lewis sued Facebook for defamation, on the basis that it is a publisher, over the use of his face in Bitcoin ads. Though Lewis tried many times to stop Facebook allowing scammers to use his face in ads without permission, Facebook failed to eradicate the issue.

In June 2018, Attorney General Bob Ferguson sued Facebook with claims it had failed to maintain legal standards for political campaign ads ran in Washington state dating back to 2013.

In July 2018, one of Facebook’s shareholders, James Kacouris, sued the company following the largest drop in stock price in wall Street history. The shareholder accused Facebook of misleading statements regarding its user figures and operations.

In August 2018, hundreds of social media users in India had their social media details submitted to the Delhi High Court on the back of PepsiCo’s lawsuit against Facebook (and Twitter & YouTube) for allowing the circulation of ‘defamatory and disparaging’ posts against one of its brands, Kurkure.

More recently, Facebook has been sued by the Trump Administration, which joined a suit filed by the National Fair Housing Alliance for violating the Fair Housing Act and allegedly diverting housing ads away from potential tenants.

As of time of publication, none of the above lawsuits have concluded, meaning only time and hard evidence will tell us whether the law is greater than Facebook, and whether in the long run, it is at all possible to sue Facebook.

Though, in the case of data privacy law and damages to the user, Marc Pettigrew, a specialist in IT Law from Waterfront Solicitors, had this to say: “In relation to breach of the Data Protection Act, if an individual suffers damage, they may be entitled to claim some form of compensation. ‘Damage’ could be in the form of a financial loss and/or showing that the individual has suffered some form of distress. To claim compensation, the individual would need to be ready to prove the level of damage claimed to have been suffered and it would be for the courts to decide whether that level of compensation is appropriate.

“There is also the potential of collective action claims, which are on the rise here in the UK (often referred to as the ‘class action suits’ we often hear about in the US). This is the concept of a number of individuals combining their claims to bring an action against a common defendant. Previous examples include actions against the supermarket chain Morrisons and Google. If Facebook is found to have been in breach, one wonders whether it will be next in line.”

Make of that what you will, but it is clear that a lot of evidence, time and money will be spent pursuing justice if you decided to try and sue Facebook.