What Does the Future of Patent Attorneys Look Like? 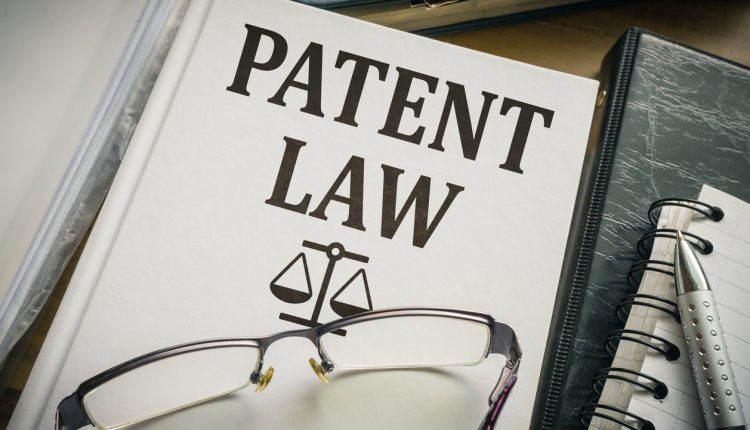 Bernd Fabry has been a lecturer in IP management at the Otto Beisheim Business School of Management (WHU Vallendar) for many years and is the author of numerous articles and books in the field of intellectual property law. As an expert in the field, he talks about the progression of patenting and how China has a huge role to play in its future.

What was your main motivation to move from a lecturer of Organic Chemistry to patenting?

After my graduation, it was pure luck to immediately get a lecturer position at a university. In the late 1980s, however, the financial resources associated with such activity were very limited. With a small family to feed on, I had no choice but to look for a better-paid job in the business world. After several years in chemical research, I realized that the intellectual narrowness of a laboratory with its constantly similar topics was not the right path for me. At that time, I had already made initial contacts with patent attorneys and found that the combination of science and law was extremely exciting and, most of all, gave me the opportunity to deal with very different topics. Later on, as a completely new and exciting discipline economics and controlling of intellectual property rights as well as innovation management were added. With my teaching at the WHU and the variety of my seminars and publications, the circle has now even closed again.

What challenges do you expect for patent attorney forms in the coming years?

There will be different answers depending on their strategic orientation. For example, IP2 is more classical in the technology fields we work with: chemistry, pharmacy, and engineering are still dominating the business. In these areas, you have earned good money for decades and I am confident that this will be the case in the future. However, we also note that the market is increasingly saturated in both, the number of mandates and the number of patent attorney firms that need to share this cake. In a classic SWOT analysis, under “T” such as “threats”, one would probably have to formulate that it is becoming increasingly difficult to obtain new large mandates in these fields and, conversely, the loss of existing mandates can hardly, if at all, be adequately compensated.

What conclusions do you draw from this?

Let’s stay with the SWOT analysis for a moment: “O” stands for “opportunities”, so we need to look for real growth sectors, either in terms of technology or geography.

A future-oriented technology assessment is naturally associated with risks. For example, ten to fifteen years ago, there was a brief hype about nanotechnology, of which there is not much left today. Nevertheless, I am convinced that from a patent law perspective, the coming years will be shaped by the technologies that we call “life sciences”. These include, first and foremost, new processes and products characterized by invasion of the genome of plants and animals. One current example is the CRISPR-Cas9 technology, also known as “gene scissor” which can be used to disrupt nucleic acid strands and incorporate specific vectors. This technology is not only a potential candidate for a Nobel Prize, but as far as it is about licensing, it is already commercially extremely successful. Life sciences are, therefore, a unique growth segment and patent attorney firms are well advised to position themselves here in a timely manner.

Is it enough to simply offer a new focus as a patent attorney?

Certainly not, because now in the SWOT analysis we come to the two remaining letters “S” and “W” which stand for “Strengths” and “Weaknesses”.

It is obvious that a law firm’s success is directly linked to the quality of work and, most of all, to the quality of advice. The term “life sciences”, however, hides a technology that has emerged in recent years from biology, chemistry and medicine and has developed an incredible dynamic. Classical training, for example as a chemist, does not help much here. The fact is that there are, so far, only a few experts on the patent attorney side for the clients who are traveling in this area who are really able to advise here. Also fact is, however, that right now many young, first-class scientists leave the universities, which have exactly this factual background.

We have come to the conclusion that colleagues who are new on board must have a scientific background that fits in with the topic of “life sciences”. The growing number of assignments and mandates from this area also seems to prove us right here.

Do you also see challenges at the regional level?

No doubt, even if it does not require a crystal ball. It is enough to have a look at the statistics of the EPO and WIPO, especially taking into account the trend of the last 5 years. No other country has gained in foreign registrations as much as China did and among the top 5 applicants for PCT applications are currently two Chinese companies. Every year, Chinese universities dismiss tens of thousands of new scientists and in the countryside, campus after campus is being built on which research is to be conducted on a grand scale.

Here, it is important to position oneself in time as well. We have also found that it is very helpful as a distinguishing feature when it is possible to communicate with Chinese clients not in English, but in Chinese.

Is the logical consequence that European law firms go to China?

Basically, yes. The old principle of “size matters” still counts, but it has probably received a new meaning in our globalised world: While it used to be the way that you needed to have sufficient local capacity, clients who no longer think locally but globally and are set up today, expect that the patent law support also takes place globally from one single source. This requires patent law firms that are represented at least in Europe, the USA and Asia – preferably in China. Law firms that do not meet this expectation will, in my opinion, have an increasingly difficult time.

Unfortunately this cannot be excluded but, however, it is no automatism. As it is not enough, for example, if one of these mammoth law firms with hundreds of lawyers we know from the United States decides to open a new office in Shanghai. For a branch like this, it will always be “the new kid on the block” and it will take many years of hard work to make a name for itself and to gain acceptance. In this way, no quick success can be expected. It is more reasonable to join forces with a local well-established law firm of similar size.

If IP2 offers pragmatic solutions instead of academic approaches, why is this important and how does it gain the results your clients need?

When I thought about entering new ground and becoming self-employed, after having spent more than 25 years in the chemical industry, almost half of them as Vice President of a large industrial patent department, the most important question was how to enter a highly competitive environment and how to achieve a unique selling point. Then, I pragmatically considered what has kept me away from working as an industrial lawyer with outside patent attorneys over the past few decades. There were exactly two reasons for this; the first was relatively trivial: the costs. In industry, there are budgets and internal clients for whom you have to explain these expenses. It is useless if a vague reference to the agreed hourly rate is given when the question about the estimated costs arises. My first approach to self-employment was, therefore, to never leave my clients in the dark about the expected costs. And this is one of the basics of IP2: for each of our services, there are fixed prices and if the volume is also right, we offer discounts which are a pleasure for both parties. We do not believe in zero-sum games, but in win-win situations.

The second reason was more complex: what should one think of it, for example, if granting a patent interferes with the marketing of a new product and the lawyer merely recommends filing an opposition? Until a decision has been made, the product has long since survived. Or: what benefit do I get from an external lawyer if he sends me an office action with the request to discuss the facts with the inventors and to tell him in which direction he should change the claims? In this case, I do the work myself and pay for it. This is the second principle of IP2: we do not push work back and forth, we just do it. That’s what our clients appreciate about us.

Bernd Fabry, born in 1957, completed his chemistry studies at the RWTH Aachen University and received his doctorate in the field of technical chemistry. Following positions as lecturer in Chemical Engineering at the University of Applied Sciences Jülich and as Invited Professor of Colloid Chemistry at the University of Louvain, he worked for several years in the research department of Henkel KGaA before he started his training as a German and European Patent Attorney. From 1999 to 2012, he was Head of the Intellectual Capital division of Cognis GmbH, before he founded his own company IP2 Patentanwalts GmbH, of which he is the Managing Director. He has just been re-elected to the IAM 300, making him one of the top IP lawyers in the world.