Professional Negligence: What Happens when Lawyers Fail You? 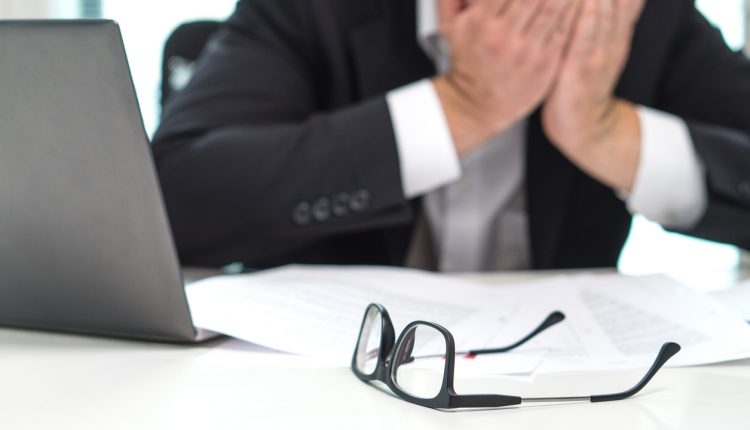 In his role as National Manager of Shine Lawyers’ Professional Negligence department, Peter heads up a team of expert negligence lawyers working across Australia to help people in their claims against financial advisers, financial institutions, legal staff and accounting professionals. He speaks below about his role and professional negligence.

Between the fields that you work with including financial, legal and accounting advisers, which have you found to be the most prone to cases of negligence and why?

As for the increase, my team are seeing in solicitor negligence claims; I think the increase here may be attributable to a growing number of students studying and then going on to practice law in Australia, combined with a more sophisticated consumer client base who are now more than ever attune to the level of competence and diligence they are entitled to receive from their legal advisers.

What common problems do your clients seek your expertise for when it comes to professional negligence?

In the case of solicitor/attorney negligence, we are seeing an increase in the areas of property law and family/matrimonial law. To some extent these have always been heightened areas of risk for practitioners and their consumer clients. High volume conveyancing always seems prone to risk. In family law, claims seem to be arising from the drafting and advising in respect to pre-nuptial/binding financial agreements, which require detailed advice and a very high level of practitioner skill. Solicitors need to be aware that their clients are often highly emotively involved in these transactions and require full and complete advice which covers off on all options and scenarios.

In the case of financial advisory claims for professional negligence, we predominantly see clients who have lost a significant component of their retirement funds upon receiving advice that was unsuitable to their investment history and stage of life. This is continuing to prove frustrating and disappointing because it is not the first time this area of professional conduct has been targeted for consumer protection reforms.

What laws are in place for defamation cases in Australia and how do you help deal with these?

In 2005 each of the Australian states enacted a regime of largely uniform defamation laws, regulating such matters what entities are entitled to bring defamation claims, limitation periods and defences. The defamation laws also sought to formalize a pre-litigation process by providing for a cease and desist type letter (styled a Concerns Notice) to be issued to try and avoid the parties proceeding to court. Shine is regularly instructed to draw Concerns Notices and has a high success rate in resolving defamation claims prior to them proceeding to litigation.

The state of defamation law in Australia is again coming under increasing pressure for reform. The rise of online defamation committed through people believing they have a right to say what they like on social media sites is creating a tidal wave of defamation suits in Australia. Unfortunately in Australia there is no meaningful filter for trivial claims in the early stages of litigation, like the serious harm test which exists in the United Kingdom, and thus there’s a risk that our Courts could be tied up with rather petty defamation disputes until this aspect of the law is reformed.

What is your top advice for those facing defamation?

Fundamentally a defamation claim is about restoring or vindicating perceived harm to one’s reputation. I always ask clients initially does a potentially lengthy legal battle and the legal expense associated with that warrant what you are trying to achieve. If the defamation was transitory and trivial I do try and avoid clients exploring litigation as an option. However, where the reputation harm is ongoing and is causing a client economic as well as personal harm, it may be appropriate to pursue remedies for the client litigiously.

Shine Lawyers is a national Australian litigation law firm with over 700 employees. Shine has serviced consumer clients in many areas of compensation law for over 40 years.