Your Thoughts: The Brexit Deadline 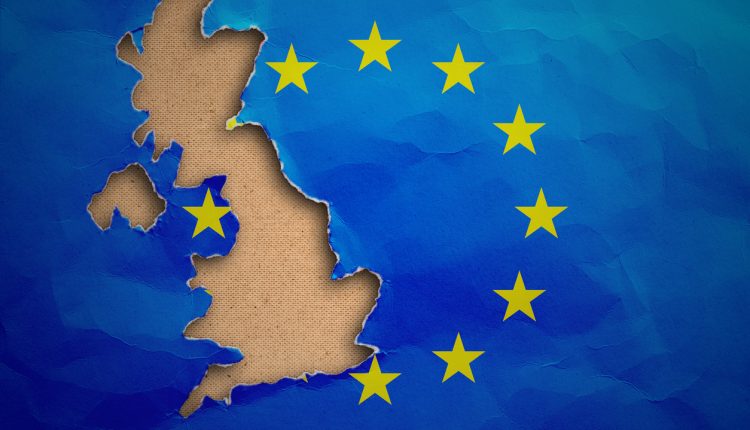 It’s unlikely that the UK and European Parliaments, as well as those of the 27 remaining EU member states, will continue to accept May’s continued deferment. Negotiations have progressed thus far by batting key issues down the field, but the field is only so big. So, realistically, how close is the Brexit deadline?

This week lawyer monthly hears form several expert sources across Europe and the UK on the implementation of Brexit and the impending deadline.

With one year to go until the UK officially leaves the EU, the economic impact of Brexit is still unclear. Despite the extended transition period to 2020, short-term uncertainty is stifling small business growth, with more than a third (35%) cancelling or postponing expansion plans as a direct result of the 2016 vote to leave the EU. Many SMEs are anxious about the course of the Brexit discussions; one in three believe that their business simply won’t survive if the Brexit negotiations go badly.

For the next two years at least, businesses are going to have to navigate fluctuating and challenging economic conditions. Given this environment, our advice to businesses is to consider delaying long-term decision-making until the Brexit negotiations have advanced further. Our analysis shows that operating conditions could change dramatically – especially for importers and exporters – once the transition period has ended. But we are confident that a free-trade agreement between London and Brussels will be successfully negotiated in the medium term.

The Brexit negotiations to date have been an exercise in avoidance. As much as government sources say that things are progressing nicely, in reality it has either had to accept the majority of the EU’s demands or simply postpone the difficult issues to a later date.

A key example of this is free movement of workers – something the government had previously promised would end on 29 March 2019, and which it has now committed to maintaining until the end of the transition period in December 2020. Equally concerning is the fact that discussions around the border issues between Ireland and Northern Ireland appear to have been simply kicked into the long grass for another day.

Of course, Theresa May is in an impossible position – she is trying to negotiate the UK through a process that nearly half of the electorate are opposed to, with a weakened government following the disastrous General Election, whilst also trying to appease the minority of Brexit fantasists that appear to be dictating policy from within.

Once again, the entire process highlights the arrogance and unpreparedness of those at the forefront of this process.

Brexit is often referred to as a divorce but I’m concerned with how brexit will affect actual divorce proceedings.

I work with an increasing number of clients who were either born in Europe or are married to someone who is. As the clock counts down to Brexit, it’s these people – and their children – who could be most affected if negotiators cannot agree on what will replace the current framework for family law across Europe.

Currently, the EU provides a mechanism which proscribes which country’s jurisdiction takes precedence when there are two hearings taking place simultaneously in different countries; it enables court orders for maintenance, child contact or injunctions to be enforced in all member states; it enables information to be shared between nations so a partner can be located across borders; and it ensures cooperation between member states in cases of child abduction overseas.

Because this system is held in place by the European Court of Justice, the British government’s plan to end the court’s jurisdiction in the UK would mean that an entirely new arrangement needs to be agreed. Worryingly, its reported that negotiations on this issue only began last month. This means there’s alarmingly little time for negotiators to resolve this very important issue.

29 March 2019, two years after Article 50 was triggered, is Brexit Day. Whilst two years would never be enough time to negotiate a comprehensive Brexit deal, the need to ratify any agreement means the effective deadline for the negotiations would be Autumn 2018. Thus, some sort of fudge was always going to be needed, unless the UK entered into negotiations with a clear willingness to accept no deal (for which there was neither a clear mandate, nor practical logic in terms of the UKs best interests). We now know the nature of that fudge. 29 March 2019 thus marks BINO-Day (Brexit In Name Only).

31 December 2020 is the end of the ‘transition period’ – although even this is a misnomer, since the period does not involve a phased withdrawal from the EU. All it does is move the end-date when the UK departs the full obligations of EU membership. In effect, the no-deal ‘cliff-edge’ has been pushed back but remains threateningly vertiginous. That said, whilst the transition phase does not involve any sort of transition, it could provide time to allow agreement on transitional arrangements for a phased exit from the EU after 31 December 2020.

The cliff, however, is unlikely to be moved further. There is growing impatience with UK government in-fighting, as it tries to determine the sort of Brexit acceptable to the Conservative Party (although, as a result, Theresa May’s ambiguity over the UKs end-game is a reasonable strategy for remaining as Prime Minister). 1 January 2021, moreover, marks the start of the next seven-year EU budget package. It is highly unlikely that either side would want to see continued UK involvement in this (although this is distinct from bespoke deals, such as payments to allow continued UK participation in EU research, training and education programmes).

Nothing, we have been told repeatedly, is agreed until everything is agreed. This may prove to be the ultimate blessing or curse. Deferring decisions allows talks on other issues to begin – and it can focus minds when it comes to trying to finalise agreement on the hard-stuff. But this will be irrelevant if any element is not concluded2. There remains one issue that has been unresolved for centuries, which casts doubt on agreement being reached in the months that remain: the Irish border. Ironic really, given that Northern Ireland voted to remain in in the EU…

If you have thoughts on this, please feel free to comment below and let us know Your Thoughts.