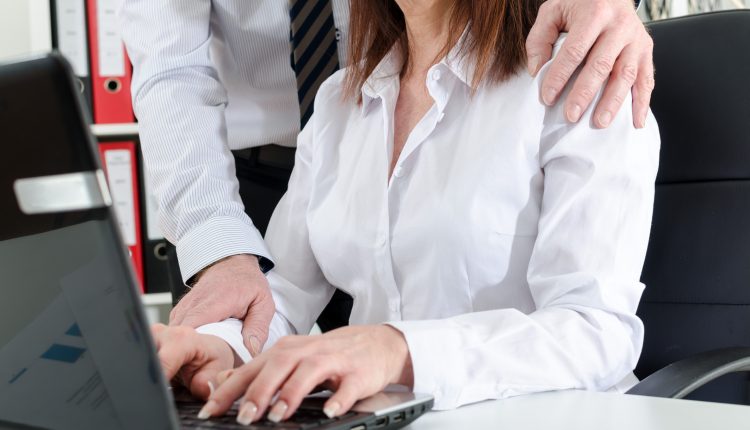 Sexual harassment has been the one topic consistently plastered over the papers and social media platforms in recent months. It seems that everyone has either had their own unpleasant brush with it or at least knows someone who has. But what has become apparent is that many wholly misunderstand what actually constitutes sexual harassment. What some thought of as harmless flirtation or banterous behaviour can in fact be a lot more serious, especially in the office. Below Lawyer Monthly hears from Frank Ryan, Head of Employment at Vardags, on the need-to-know of sexual harassment in the workplace.

A type of discrimination that can take many forms and affect any person, sexual harassment is oblivious to gender, sexuality and age. Instead, it feeds off power imbalances, where one employee sees themselves as superior to another and enjoys making it known. Law firms, with strict hierarchical structures, are unfortunately particularly prone to over-stepping the line in this way. Younger team members such as graduates with hard-earned training contracts may be placed in a particularly sticky situation if they start to feel put upon by a more senior lawyer. Working long hours at the office exacerbates the problem and may make people feel more entitled to take liberties, particularly given the reputation of law firms being something of an ‘old boy’s club’. While firms are far less male-orientated than they used to be, women might still be somewhat under represented at senior level, a fact that’s unlikely to fill young female lawyers with confidence when it comes to speaking out about their discomfort.

But not only does sexual harassment appear in a multitude of guises in the office, it is also defined in broad terms in law. Technically, sexual harassment is the unwanted conduct of a sexual nature which violates a person’s dignity, or creates an intimidating, hostile, degrading, humiliating or offensive environment for that person. So, as you can imagine, this accommodates for a whole spectrum of bad behaviour.

If you’re the CEO or MD of a law firm, it’s crucial that you are clued up on these many misdeeds. If an employee has complained about sexual harassment from another employee (or a third party in an employment context), the employer can be liable if they didn’t take appropriate steps to prevent it happening in the first place or failed to take steps to stop it from happening again. So get to grips with the risks now because if you slip up, you could land yourself, your team and your firm in hot water.

So, what should you watch out for?

Unwanted physical contact is perhaps the most obvious kind of sexual harassment, but it can be subtle too. One of your lawyers may feel belittled by a squeeze of the knee in an important meeting, an arm about the waist or a lingering hand on the back. Despite being the least ambiguous reason to cry foul, without witnesses it can be hard to prove. It is important to remember that previous consent to a sexual relationship does not undermine future harassment claims- just because two of your team hit it off at last year’s Christmas drinks doesn’t mean the feeling is mutual now.

Words are also powerful tools in the hands of the office pest. Demeaning or sexualised comments on a colleague’s appearance or abilities, unfair teasing and sexist jokes all count as harassment. Intrusive questions about personal life, including relationship status, sexual preferences and family planning, can be used to embarrass employees too.

Equally, verbal sexual harassment doesn’t have to be face-to-face: it can be overheard. If a lawyer has to endure their colleagues guffawing about their recent conquests while they try to draft a consent order, this can be a cause for complaint. And, unsurprisingly, the words don’t have to be spoken. Victims of sexual harassment should be sure to save any offensive emails, texts or tweets for when they lodge a complaint. With concrete evidence such as this, it’s easier for you to take swift action – and take swift action you must.

But inappropriate behaviour doesn’t stop at unwelcome touching or teasing. You must take care that employees’ data is only being used for official purposes and won’t be commandeered by those who wish to invade another’s privacy. Should a colleague call another’s personal mobile without a valid reason or send letters or gifts to their house, this can certainly set off alarm bells.

Bandying about indecent images in the office, too, can be a form of sexual harassment. And of course, if an employee catches another taking secretive snaps of them there should certainly be consequences, especially if any of these photos end up on a website without the subject’s consent. When it comes to sexual harassment like this, social media is a minefield. An employee is absolutely within their rights to flag up a colleague’s intrusive liking of their Facebook photos or tagging in sexually explicit posts.

This list of scenarios may seem overwhelming to employers trying to do the best for their team, but not all law firms are breeding grounds for sexual harassment. To avoid any of these nasty situations, set clear boundaries in firm policy so employees know what’s what. If this doesn’t nip the problem in the bud, be sure that you take every complaint seriously: not only can sexual harassment create a hostile and unhappy office, if you dismiss a report, the spotlight could turn on you. Once firms have become better at self-policing in this way, perhaps at last our newsfeeds will have a new tale to tell.