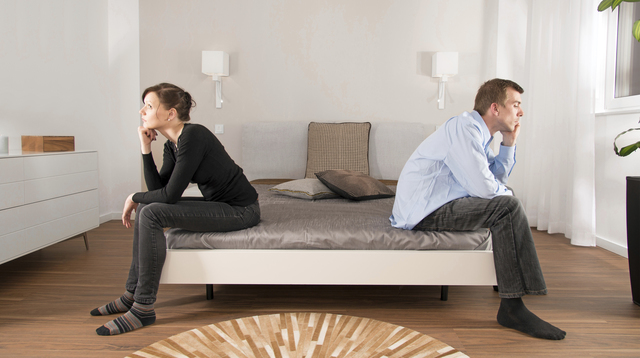 The long-awaited Supreme Court decision in the case of McDonald v McDonald has newly been issued – and it has major implications for couples in the process of separating.

The case hinged on the apportionment of Mr McDonald’s pension.  The dispute involved the interpretation of Regulation 4 of the Divorce etc (Pensions) (Scotland) Regulations 2000, which provides a formula to calculate the proportion of any rights or interests in any benefits under a pension arrangement classed as matrimonial property under Section 10(5) of the Family Law (Scotland) Act 1985.

Did the definition of “the period of membership” mean only the period during which Mr McDonald was an “active member” of the pension scheme (defined in Section 124(1) of the Pensions Act 1995) or the whole period of his membership of the scheme, both as an active member and a pensioner member?

If “active membership” was used, the amount assigned to the matrimonial property ‘pot’ was £10,002.  However, if both active and pensioner membership was used, the figure rose to £138,534.  There was therefore a huge difference between the two figures depending on how membership was interpreted.

Both Sheriff Holligan and the Inner House of the Court of Session in Scotland found in favour of Mr McDonald’s calculation, that the period of membership was restricted to “active membership”.  The reasoning was primarily based on the general principles of the 1985 Act that spouses should share only the wealth accumulated by a spouse over the period of the marriage, and in particular, section 10(4) which defines matrimonial property as only assets which are acquired during the marriage and before the relevant date.  It was considered the pension was only “acquired” during the period in which Mr McDonald was contributing to it and not during the period when he was a pensioner member.

The Supreme Court overturned the Inner House, and held, unanimously, that the interpretation of “period of membership” in regulation 4 of the 2000 Regulations refers to the whole period of the person’s membership, both while contributions were being made in that period and after that.

This decision may well come as no surprise to family practitioners, who have over the last few years had to interpret the 2000 Regulations in light of the Inner House decision.  However, the Supreme Court decision does not necessarily result in any unfairness.  It is clear from the 1985 Act that the matrimonial property should be divided between the parties fairly, which does not always mean equally.

This may well seem to be the better remedy than trying to shoehorn in an interpretation of Regulations which appear otherwise clear in their terms to achieve the same result. Separating couples might well agree, or disagree, with the fairness of the judgment – depending on which side of the argument they are on!