Coalition of 23 Groups Calling on Congress to Prioritize FATCA Repeal 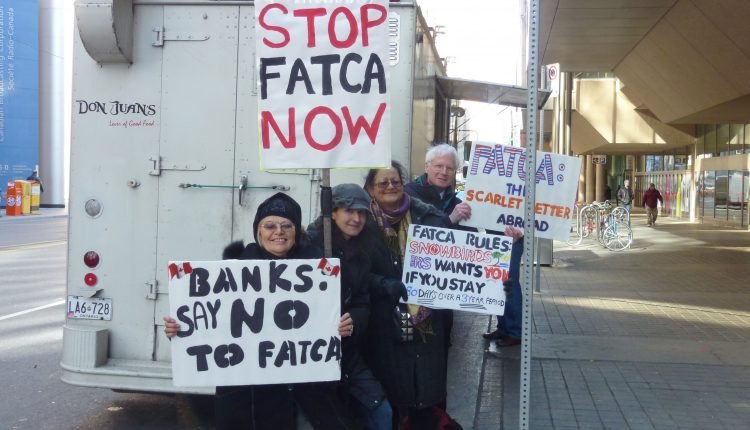 The Campaign to Repeal FATC, led by deVere Group CEO, Nigel Green, and the Center for Freedom and Prosperity led a coalition of 22 other groups, including Americans for Tax Reform and the National Taxpayers Union, calling on Congress to include repeal of the Foreign Account Tax Compliance Act (FATCA) in any tax reform package sent to the White House.

“FATCA has been ruining the lives of Americans abroad and pulling money out of the global financial system for no benefit. It’s exactly the kind of counterproductive and burdensome regulatory scheme Donald Trump has pledged to get rid of,” says Nigel Green, founder and CEO of deVere Group and co-leader of the Campaign to Repeal FATCA.”

He continues: “I am thrilled to see US taxpayer advocate groups weighing in with Congress to repeal the Obama-era FATCA. It’s time for citizens in other countries to show the same kind of backbone and help get this costly mistake off the statute books.”

Enacted in 2010 by a Democrat-controlled Congress and signed into law by Barack Obama, FATCA is virtually unknown to most Americans but has been wreaking havoc with the global financial system outside the US Touted as a weapon against “fat cat” tax evaders stashing funds offshore, FATCA is instead an indiscriminate information dragnet requiring all non-US financial institutions (banks, credit unions, insurance companies, investment and pension funds, etc.) in every country in the world to report data on all specified US accounts to the IRS.

“Every government has a right to see its laws enforced and tax evasion investigated and prosecuted. That’s not what FATCA does, though. It has punished everybody, innocent as well as guilty, and consumers and taxpayers worldwide. It’s a windfall for the compliance industry and no one else. Repeal FATCA!” added Green.

The 2016 Republican Platform calls for FATCA’s repeal, denouncing the law’s “warrantless seizure of personal financial information without reasonable suspicion or probable cause” and its threat to the “ability of overseas Americans to lead normal lives.”

In his recent commentary published by The Hill on February 16, Green wrote: “When the Republican-controlled Congress moves forward with drafting comprehensive tax reform legislation to put on President Donald Trump‘s desk, one item ought to be high on the list of provisions but probably isn’t yet — repealing the Foreign Account Tax Compliance Act (FATCA)… It’s time for the Trump administration and the bicameral GOP leadership to honor the party’s pledge to get rid of this senseless, invasive, dictatorial, and costly burden.”